Prost reveals whether he'd rather have raced in modern F1

Alain Prost has revealed whether he'd prefer to have raced in modern-day F1, or to have stuck with his own era in the 1980s and '90s... 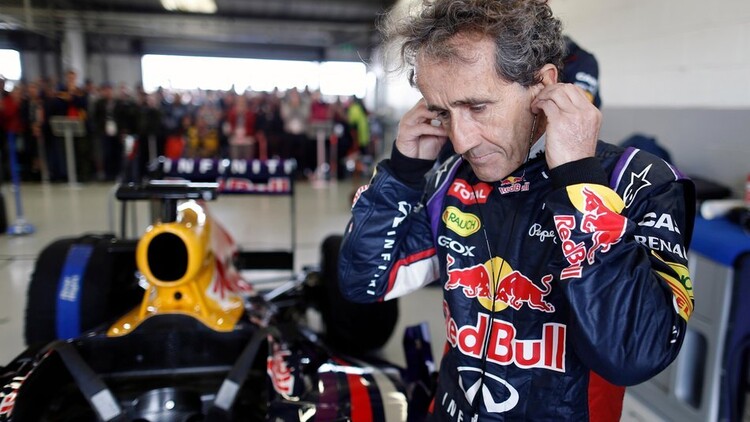 Alain Prost has spoken about the differences between a modern Formula 1 car and the cars he raced with back in the 1980s and early '90s.

Prost, who retired from Formula 1 at the end of the 1993 season after winning the title that year, has dabbled with occasional test drives of modern machinery.

In recent years, he drove the Red Bull RB8 at Silverstone, as well as experiencing a day in the RB6 at Paul Ricard.

Prost recalled his experiences, contemporary or otherwise, and told the Prost in the Paddock podcast which he'd prefer to have raced with as a Grand Prix driver if he had the choice again.

"The driver can adapt himself to all kinds of cars, and I asked the question myself," said Prost.

"But I remember in the last few years, I drove a modern Formula 1 car, and I also drove my car from 1985, that was in Austria. In the same week I drove the Lotus, I drove the Red Bull modern cars.

"These cars are not very different in terms of technology, but they are all perfect. It's the ergonomics also in the car [that] was much, much better than what we had, but the feeling was not the same.

"I drove my car from '85, I had the exact same shoes, overalls, helmet and the car had the same pedal positions when I left the car like this. I drove the car with a mechanical gearbox, obviously, with the clutch, and what I felt 30 years before came back in about half a lap.

Prost explained that modern-day cars are less intuitive for him, and that drivers nowadays have to learn a much more specific style of driving in order to get the most out of them.

"These modern cars are not for us," he laughed.

Prost recalled a day when his son, Nico, who is also a racing driver, came to Paul Ricard to test a 1983 Renault and struggled to adjust to the manual gearbox.

"I remember when Nico [Prost] came and drove my car from '83 at Paul Ricard, he did only two or three laps and he said it was s**t!" Prost said.

"We had to stop because it would break the gearbox, because they never change the gear with the clutch, with a clutch pedal.

"That is why it is really the proof that you need to live with your time, with your generation, and you can't have both – it's almost impossible.