Red Bull's Sergio Perez and Williams' Nicholas Latifi are both set to start the Dutch Grand Prix from the pit lane after overnight changes to their cars. 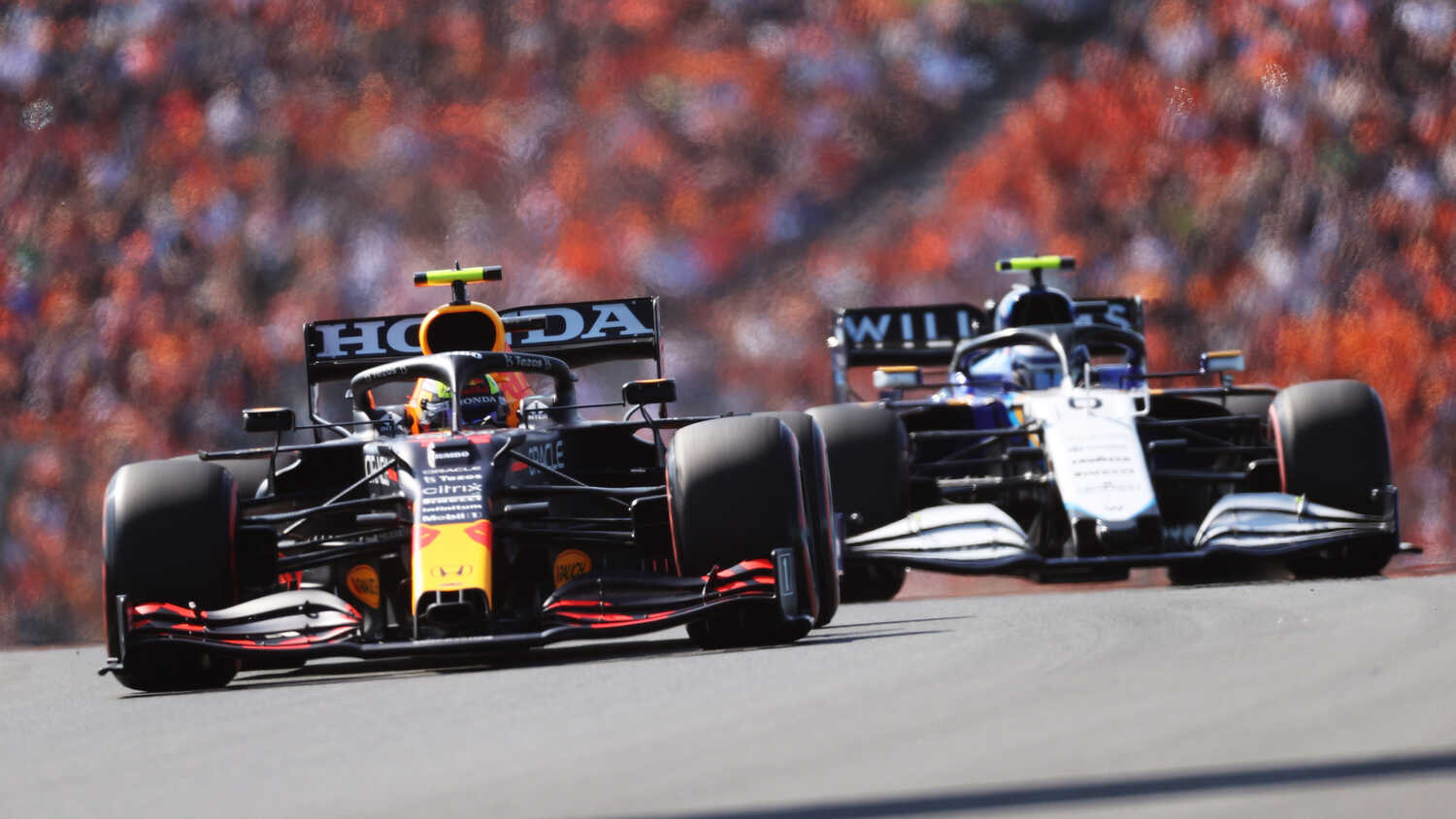 Red Bull's Sergio Perez and Williams' Nicholas Latifi will start the Dutch Grand Prix from the pit lane, after both drivers have had changes made to their cars that trigger penalties.

Having qualified in 16th and with Red Bull knowing that they will need another engine before the end of the year, Perez has had his RB16B fitted out with a whole new Honda power unit. This is his fourth of the season and, with only three permitted, he triggers a grid penalty.

Taking on a new internal combustion engine, MGU-H, MGU-K, turbo, energy store and control electronics, Perez would normally start from the back of the grid. However, Red Bull have changed the specification of the energy store and also made setup changes while in parc ferme. As a result, the Mexican driver will be forced to start from the pit lane.

Williams' Nicholas Latifi, who crashed out of qualifying during Q2 after losing control at the Turn 8 Masterbocht corner, has been given a new gearbox. This would be a grid penalty by itself but, with Williams also fitting a new front wing of a different specification, he has broken parc ferme and will join Perez for a pit lane start.