Pirelli's Mario Isola has confirmed that the tyre manufacturer will conduct a full investigation into the tyre failures seen in Qatar. 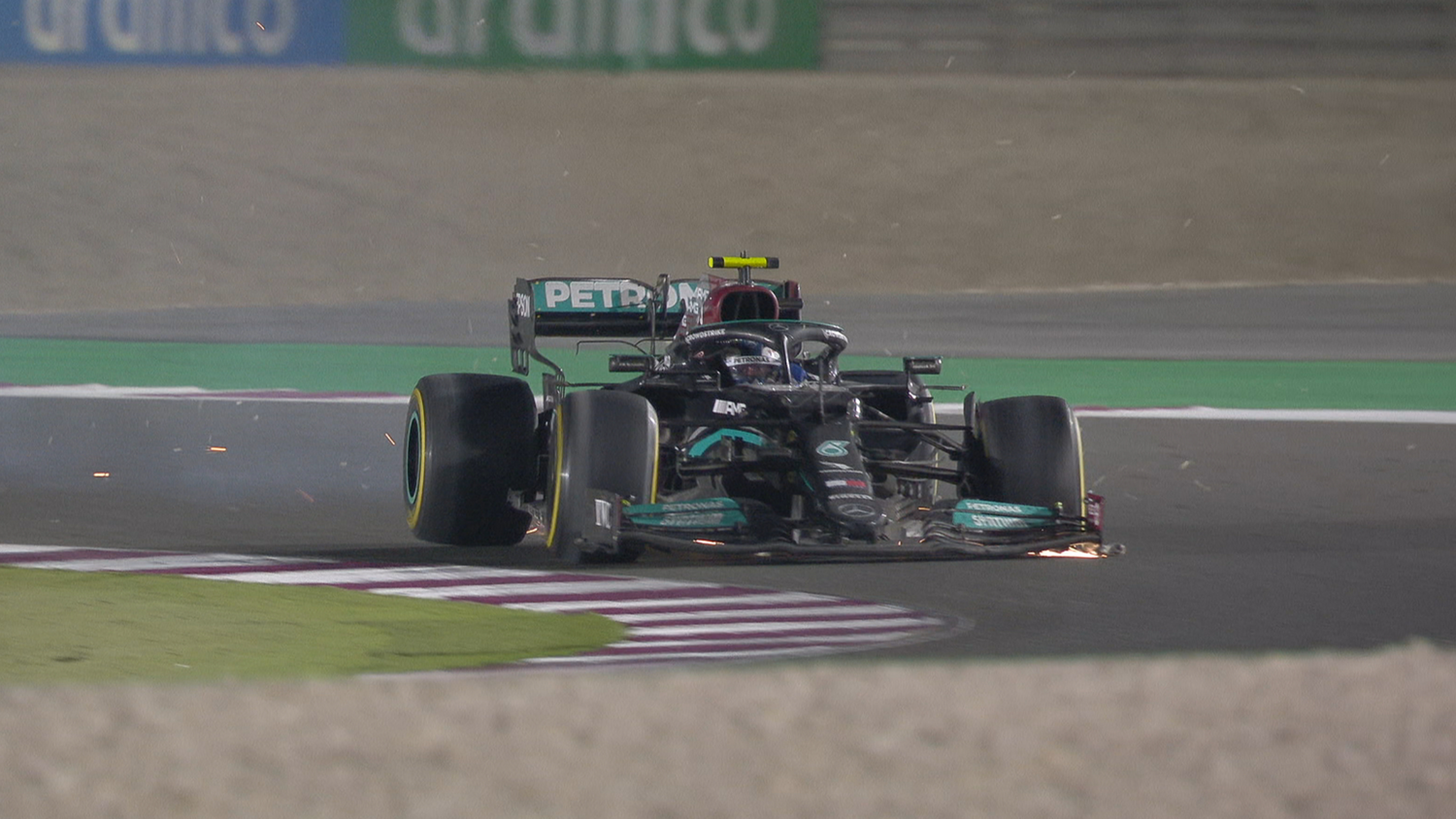 Pirelli will carry out a full investigation into the tyre failures that marred the Qatar Grand Prix after four drivers encountered front-left punctures over the course of the race.

The most high profile of these failures was for Valtteri Bottas. The Finn had been a contender for the final podium spot but, after a long first stint, his Medium tyre let go on Lap 33/57. Taken out of contention for the points, he would be withdrawn from the race by Mercedes with six laps remaining.

Williams drivers George Russell and Nicholas Latifi both had failures within moments of each other on Laps 49 and 50 respectively, with Latifi forced to retire at the side of the track.

McLaren's Lando Norris also lost a strong points finish as he spotted his front-left had failed in the final sector on Lap 49. He was able to pit and lose minimal time, but fell down the order to finish in ninth.

Having had four near-identical failures after the tyres had reached around 30 laps old, Pirelli boss Mario Isola explained that the circumstances will be investigated thoroughly.

"To understand what happened, we need to send back the tyres to Milan and investigate them," he confirmed to media, including RacingNews365.com.

"We have some cuts that are visible on the sidewall, that is the weaker part of the tyre. [But] we have to understand."

"It was sudden, but not immediate"

Isola explained that the failures didn't seem to happen in a catastrophic fashion, with a few seconds of warning before the pressure went entirely.

"It was sudden, but not immediate. They were able to go back to the pits and change the tyre, so it was still controllable," he said.

"Even if losing pressure, obviously you don't have the same direction [change] when a tyre is inflated, but it was possible for them to come to the pits. We have tyres still in good condition, they are not destroyed and we can investigate those tyres."

With the harsh kerbing appearing to damage the cars that hit them hard, Isola said it's too early to firmly conclude that these were the issue.

"As usual, we have to make an investigation on other tyres used for long runs," he explained.

"[Fernando] Alonso was avoiding kerbs and those tyres are still in one piece, so we have to understand if the kerbs were the cause, if we had the puncture due to other elements or what caused the punctures.

"It is a very high energy circuit here, especially on the front-left. We had tyres that were completely worn, both front left and rear left. Now, if we want to talk about the punctures as something we have to investigate, I believe that part of the cause of that was the high-speed impact on kerbs.

"Because here, we have a lot of run-off areas with kerbs, they were hitting... I believe that some cars have damage to the floor, to the chassis, to the wings."

Pirelli had warned against one-stopping

In Pirelli's pre-race notes, they had advised against a one-stop strategy due to the high levels of tyre wear seen on Friday and Saturday.

Despite this, several teams did try the one-stop. Alonso scored his first podium in seven years by making the one-stop work, but the four tyre failures were all for drivers who had adopted a similar approach to the chequered flag.

Isola admitted that he had a suspicion some teams would try and go against their advice.

"We were predicting two-stop strategies because, looking at the level of wear, two-stop was the most normal strategy in these conditions," Isola said.

"I don't want to say I knew, but I had in mind that somebody would try to target the one-stop and manage the tyres.

"Stress is high vibrations and other elements that, for the time being, nobody [has] given me this information, also from the teams."