Pirelli's Mario Isola has explained just how damaged Lewis Hamilton's tyre was, as a cut was found on the Mercedes' left rear wheel 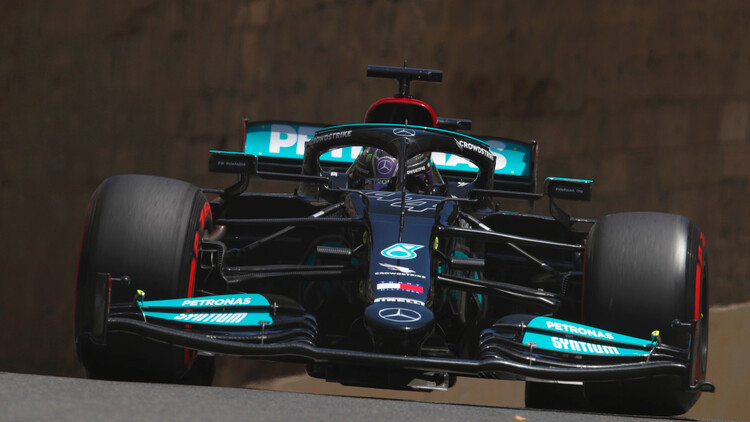 Pirelli have revealed that Lewis Hamilton's left rear tyre had a bad cut on it as well, following instantaneous failures for race leader Max Verstappen and Aston Martins' Lance Stroll during their second stints.

Following Verstappen's tyre failure five laps from the end, the race was red flagged as Red Bull indicated concerns over the nature of the failure, meaning everyone came in to replace tyres for a final sprint to the end. During this stoppage, cuts were found on Hamilton's left rear tyre.

"We found a cut on the inside shoulder of the rear left tyre used by Lewis Hamilton in the same stint, the cut was quite deep and bigger, probably six, seven centimetres, but not cutting the construction," Pirelli's Mario Isola explained to media, including RacingNews365.

"So the tyre was still in one piece. So just the tread is cut. And when there was the red flag and Lewis came to the pit lane and changed his set of tyres, we have been able to find the cut in the tyre."

Isola confirmed the tyre was the same compound, the C3, with 36 laps on it, while there were plenty of other drivers who managed the same length stint with no cut.

"Probably in in the case of Lewis, the cut was not deep enough to cut the construction," Isola explained, who showed pictures of the cut to RacingNews365 and other select members of the media.

"So he was lucky because of that. And in the case of Max and Lance, there was an air loss and therefore a failure.

"The cut on Lewis' tyre is clearly coming from debris. It is clear because the tyre is still in one piece and you can see that the cut is not following any direction, is a cut that is coming from outside [factors]."