The Red Bull driver feels a top-six result was possible in the Dutch Grand Prix on Sunday. Instead, he finished in eighth place. 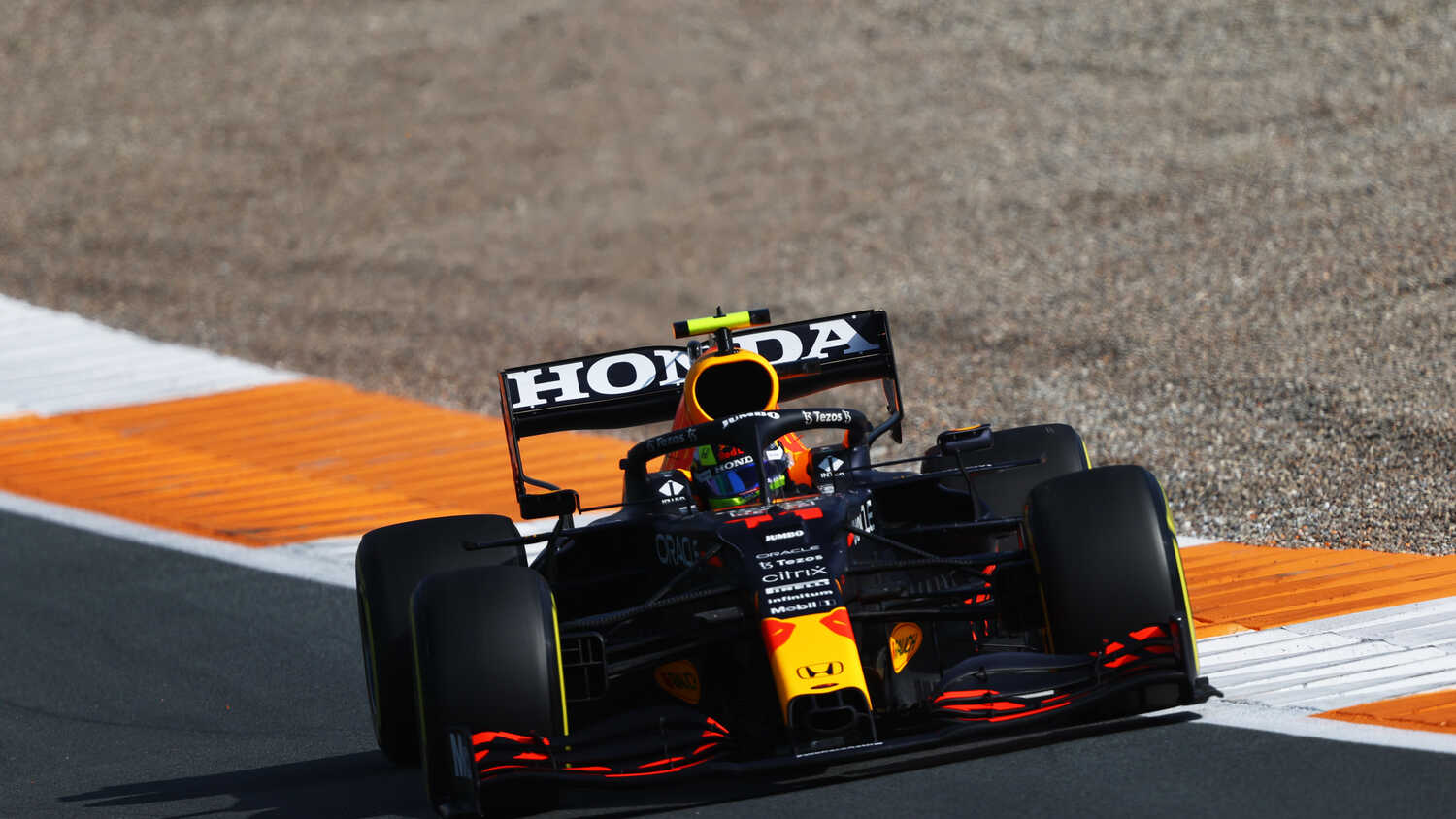 Sergio Perez believes his battles with Nikita Mazepin and Lando Norris cost him sixth place in the Dutch Grand Prix at Zandvoort.

Red Bull driver Perez was forced to make an early pit-stop after he flat-spotted his tyres when racing Mazepin into Turn 1 and says he suffered floor damage when colliding with Norris in the latter stages of the race.

"We managed to minimise the damage, especially on this track which is very much impossible to overtake [at]," Perez explained to RacingNews365.com and other select members of the press. "A lot of risk had to be taken.

Norris claimed he left Perez enough room as the pair went side-by-side at the exit of Turn 1. Perez described the move as "unnecessary" and left him with "nowhere to go".

"It was a sensible race, apart from the touch with Lando as well, which [damaged the] right-hand side of the floor. It took away [performance] and I think that also cost us P6," continued Perez.

"But the positive is obviously Max [Verstappen] won the race for the team, and we have our new engine, so we're good for the rest of the year."

"I actually think his drive back through the field was fantastic," said Horner. "He was the only guy I could see really overtaking.

"To come back there into the points [and score] important points for us was a very strong race for him."