Sergio Perez qualified in fourth for the French Grand Prix behind his teammate on pole and the two Mercedes cars, but the Mexican says it is all still to play for in the race 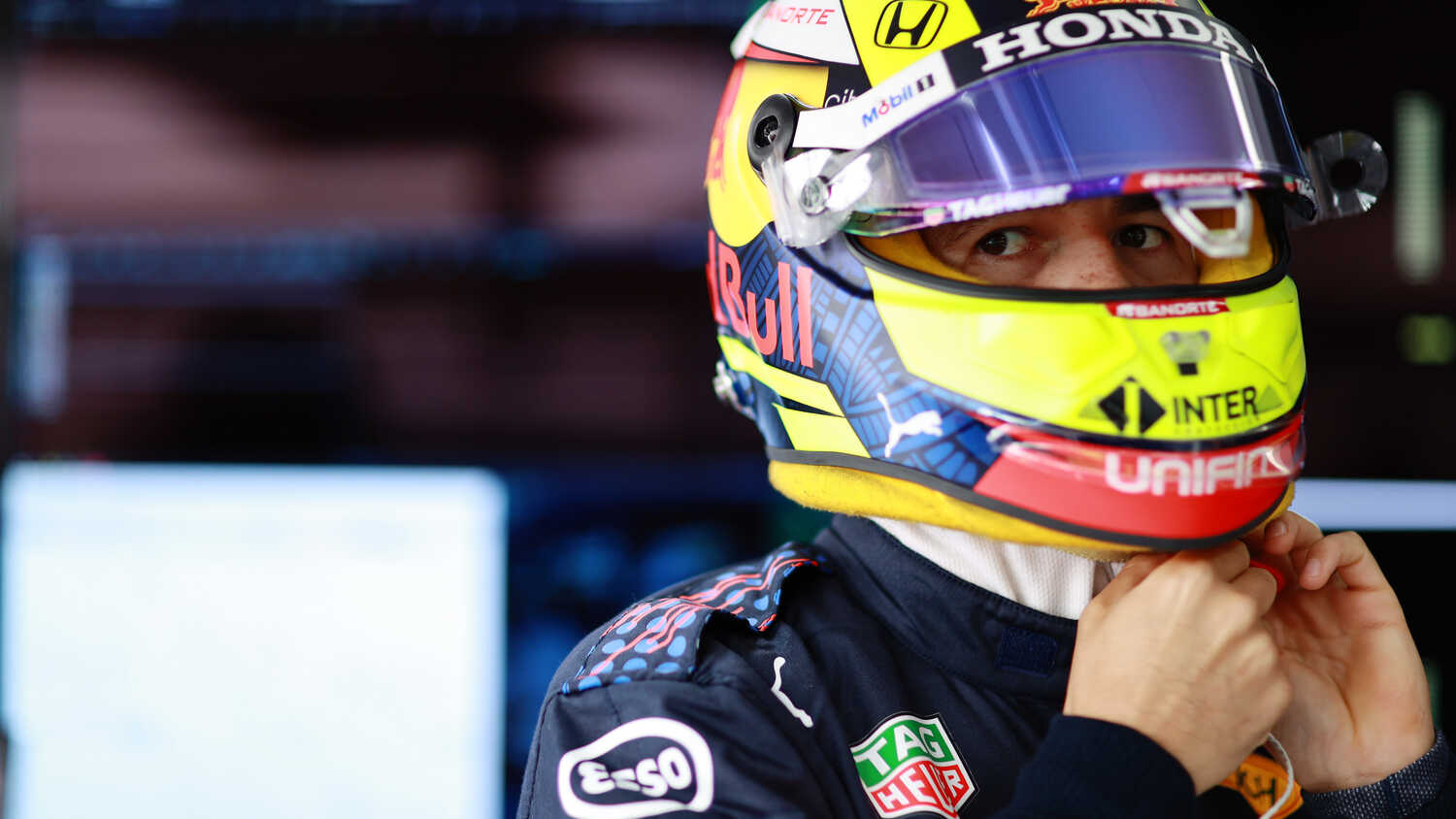 Sergio Perez has said he thinks Red Bull's strategy of running a smaller rear wing to maximise straight line speed will prove a key advantage for the team in tomorrow's French Grand Prix.

The Mexican qualified fourth behind his teammate Max Verstappen on pole and the two Mercedes cars, but he told media including RacingNews365.com after the race that the changes made to the wing since Baku were making the difference.

"I think that (the smaller rear wing) is an advantage for tomorrow completely," Perez told RacingNews365.com and other members of the media.

"We have good straight line speed and we are able to go quick through the corners and still look after the tyres, so I think as I say there is plenty to play for tomorrow."

The driver added that he was confident he could find more pace from the car after making mistakes on both of his flying laps in the final qualifying session.

"I think we have shown some good pace on the way to qualifying, the progression was there going into Q1," he said.

"Unfortunately on both of my laps I didn't put it together. On the first one I had a drop in power coming out of Turn 9 which cost me quite a lot, then on the second one I made a mistake going into Turn 1.

"So not putting a good lap together definitely cost me quite a bit, I think locking the first row was definitely on the cards today, but it's a long day tomorrow, we are still in a good position so we can definitely fight hard for tomorrow."