Perez on supporting Verstappen: I don't feel like I'm racing for someone else

The Turkish Grand Prix highlighted how Sergio Perez can play a key part in Max Verstappen's title challenge against Lewis Hamilton. Perez has shared his feelings on what it is like to play the team role. 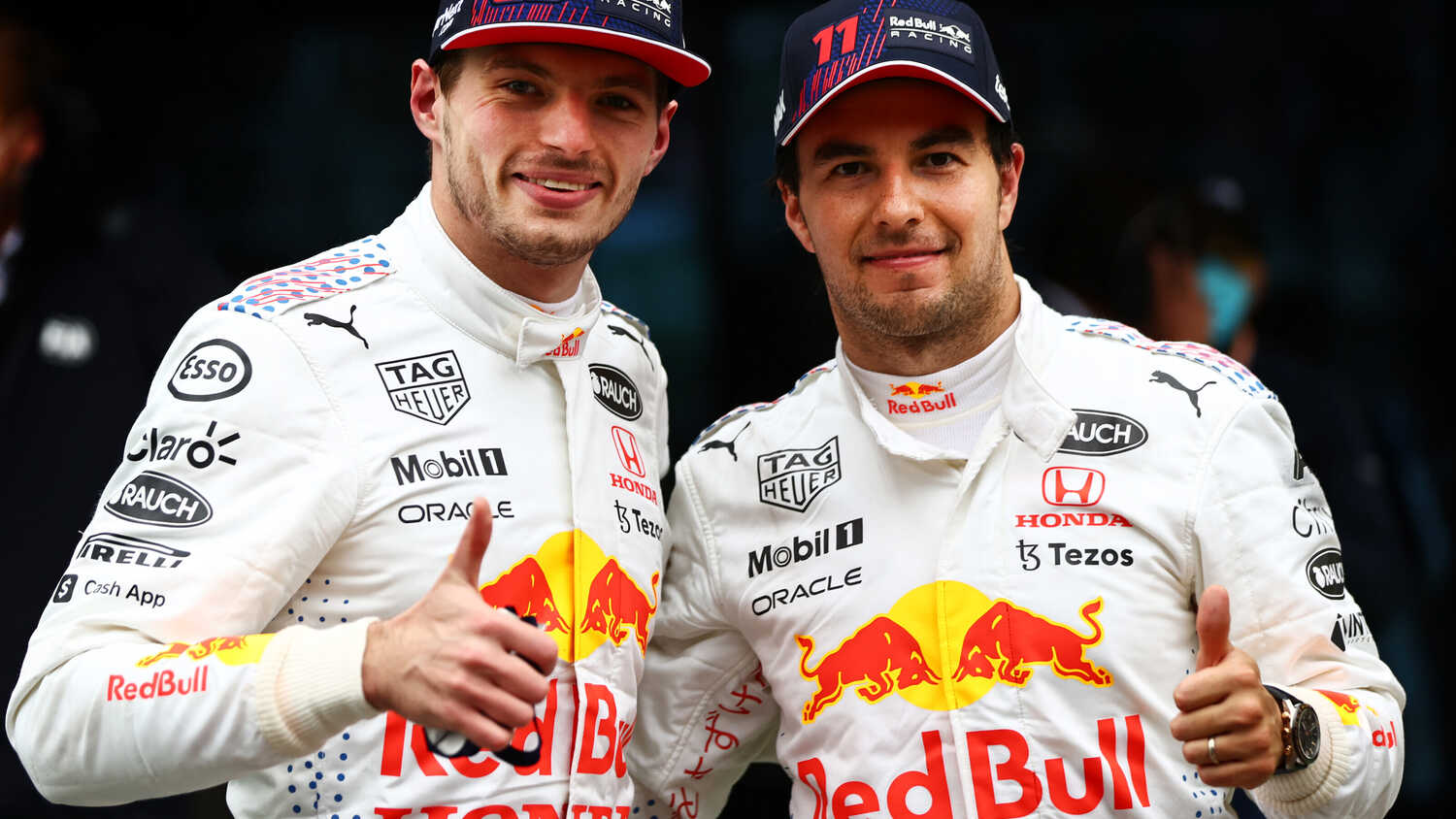 Sergio Perez says he does not feel like he is racing just for the benefit of Max Verstappen when playing a supportive role as part of the Dutchman's title challenge.

The Mexican was key in keeping Verstappen's rival Lewis Hamilton from working his way to the front of the field during the Turkish Grand Prix. Perez views his role more as one of being a team player, rather than just helping Verstappen.

"Max is part of the team, and everyone in the team, we want Max to win because it's for the benefit of us, so we're just giving it all as a team. Everyone is supporting me.

"If I do well that means that the team is doing well, and same with Max, so we are in a very tight battle for the Constructors' and Drivers' Championship which, at the end of the day, we will all come together [for] and that will make the difference to how successful our season was."

Having worked alongside Verstappen throughout the year, Perez does not feel that his teammate has been affected by the pressure of fighting for the title.

"I think he's aware that anything can happen every weekend. There are six races to go, which is a lot, and I think it is a similar approach to the team.

"We are in a tight battle for the championship. We are just taking it race by race, and we want to maximise every single opportunity."

Ahead of the United States Grand Prix, Red Bull are trailling Mercedes in the Constructors' Championship by 36 points. Meanwhile Verstappen has a six-point lead of Hamilton in the Drivers' standings.