Perez: Mercedes' straight-line speed is on another planet

Sergio Perez appears to be concerned about Mercedes' straight-line speed ahead of this weekend's Qatar Grand Prix. 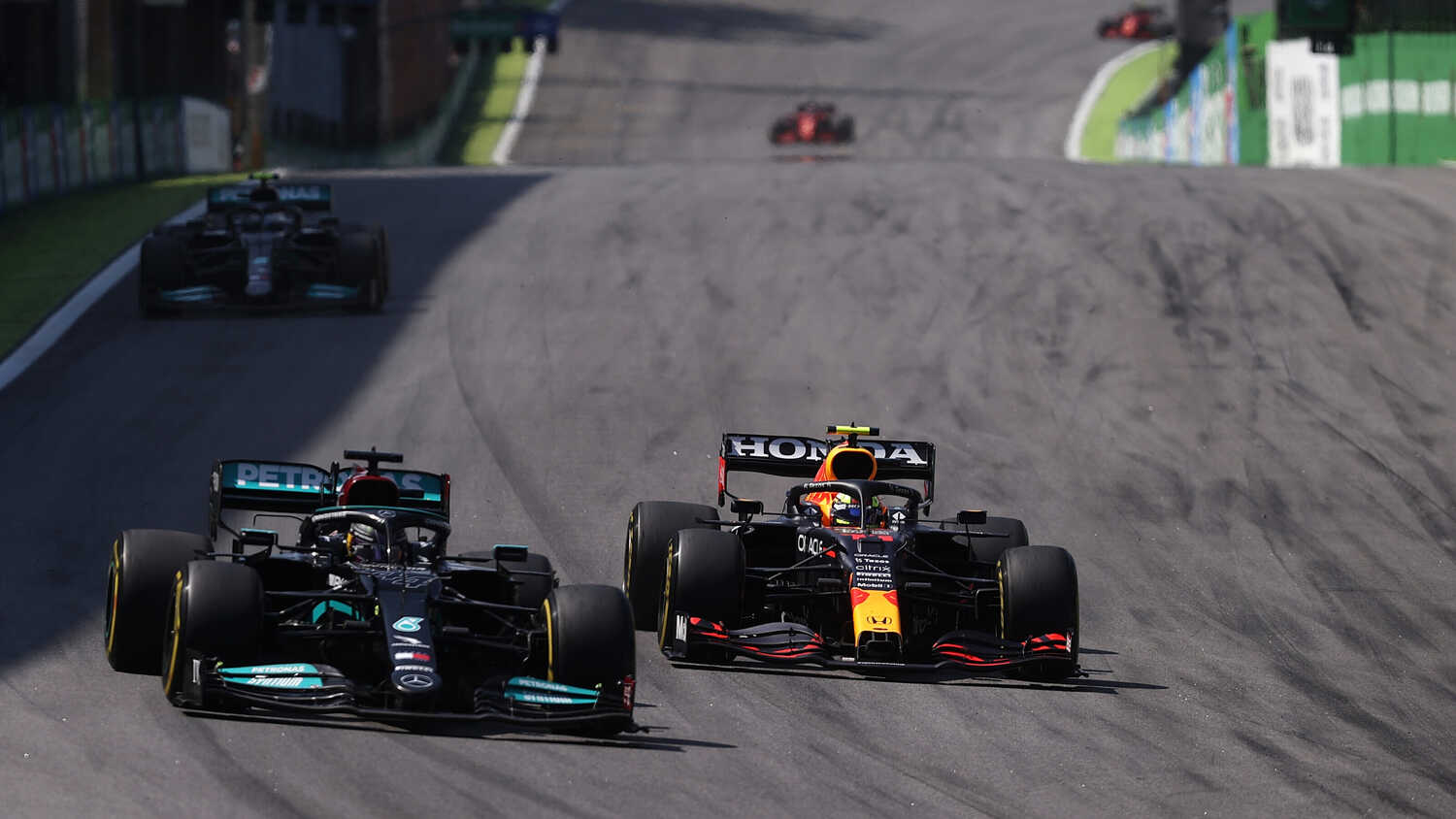 Sergio Perez has described Mercedes' straight line speed as being "on another planet" after Lewis Hamilton stormed through the field to win the Brazilian Grand Prix.

Hamilton started Sprint Qualifying in Sao Paulo from the back of the grid, moving up to fifth place to start in 10th for Sunday's race.

He was soon running in third, behind only Perez and Max Verstappen, but managed to overtake both Red Bull drivers to claim a memorable victory.

"Their straight-line speed is on another planet," Perez told media, including RacingNews365.com.

"I looked in my mirror at the [corner] exit and I felt pretty safe. But then I looked back into it again and he [Hamilton] was right next to me. It was really impressive.

"Certainly I was able to keep [Valtteri] Bottas behind and Lewis was very strong. But Bottas was also very strong on the straights."

"Hopefully the Qatar main straight is not too long"

Mercedes hold a lead of 11 points over Red Bull in the Constructors' Championship with three races remaining.

Perez is set to continue to play a crucial role in both title fights and he admits Mercedes pace in Sao Paulo was "surprising". He hopes the characteristics of the Losail International Circuit in Qatar will play into Red Bull's hands.

"We'll see what we are able to do going into Qatar," added Perez. "It's going to be a different track, probably straight-line speed is not really going to matter over there, so hopefully we can be a lot more competitive.

"It's a very high downforce track, very fast and hopefully the main straight is not too long."