Sergio Perez put in a solid drive at the Portuguese Grand Prix to bring home points in fourth place. But the Mexican is not feeling particularly happy with his result. 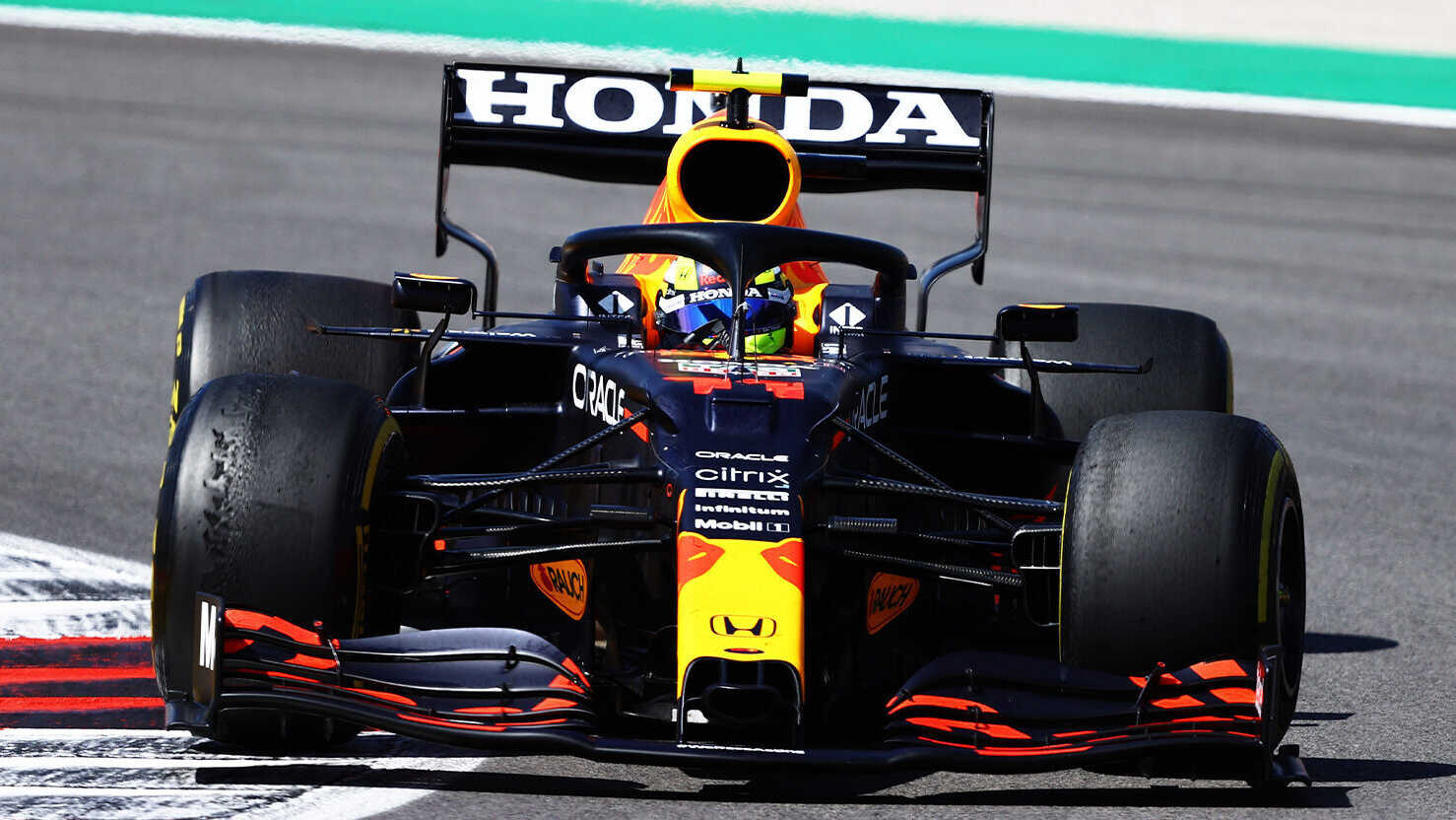 Sergio Perez managed to hold on to fourth place in the Portuguese Grand Prix but was left feeling unhappy after the race.

The Mexican made his tyres last until lap 52 and was able to finish the afternoon more than 10 seconds ahead of fifth-placed Lando Norris. Whilst Perez felt that staying out for so long helped him to adjust to the car, he still had hoped for a better result.

"It was good in a way to get those kilometres on my own," Perez told RacingNews365.com and other select media.

"Because the way I have to drive this car in a long run, looking after the tyres, is very different to what I'm used to. So in that regard, it's a positive.

"But [I'm] not happy with it because [it's] not where I should finish."

Perez was happy with the strategy call by his team though and is open to learning from them as he continues to get used to the car.

"I'm in a state of adaptation," the one-time race winner explained. "I don't know the car in race conditions, so I'm not able to give too much information just yet on things that we should be trying.

"I think I'm in that process of [understanding the car and the team] before I can really take the team into different directions.

"The team is pretty solid. They've done an incredible job in these first races, so I need to get on top of the car first and that's coming."

Perez's teammate Max Verstappen finished the Grand Prix in second place, yet the Red Bull did not appear quite as strong as in the first two weekends of the season. The Mexican hopes that this will improve in the coming races.