Perez had no time to breathe during Hamilton battle

After waiting 190 starts for his first race win, Sergio Perez didn't have to wait that long for his first victory with Red Bull. However the Mexican made it clear he was pushed to the limit by Lewis Hamilton in Baku. 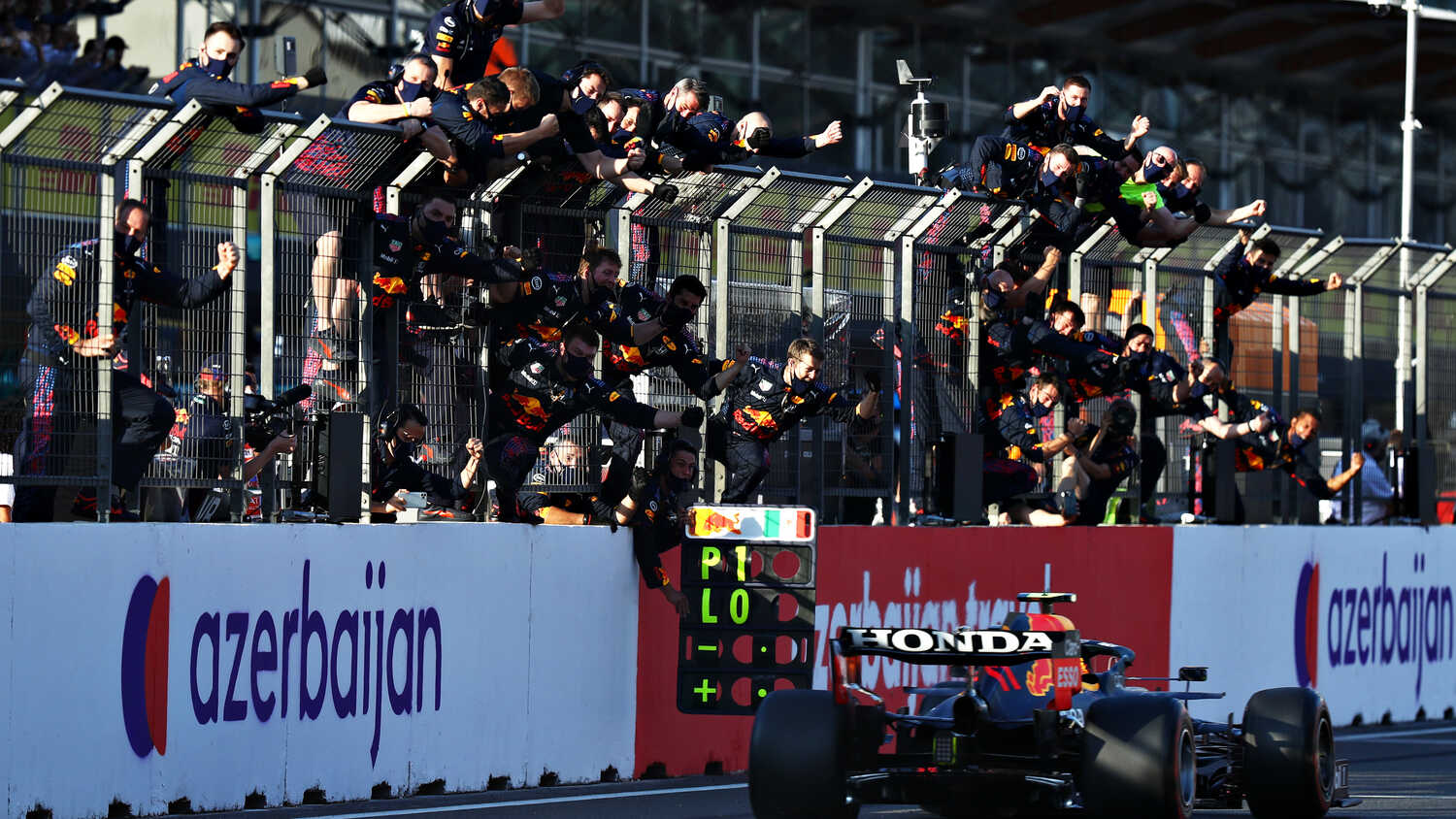 Sergio Perez came out on top at the Azerbaijan Grand Prix after managing to keep Lewis Hamilton at bay, though the Mexican admits it wasn't easy given how exhausting the race was.

After waiting 190 starts to claim his first F1 victory at the 2020 Sakhir Grand Prix, Checo didn't have to wait quite as long after taking his first win for Red Bull in Baku. While Hamilton's bid for victory was ultimately undone by a mistake at the red flag restart, Perez reflected on how hard it was to keep the Mercedes driver behind him before Max Verstappen's red flag crash.

“I couldn't breathe,” Perez told Sky Sports F1. "I couldn't get to a rhythm to manage my tyres at all, I had to be flat out, flat out, lap after the other. It was pretty hard hard to keep Lewis behind.

"Also looking after the fuel, it was a pretty exhausting race.”

As for the red flag restart, Perez believes Hamilton's mistake heading into Turn 1 shows that mistakes can happen to anyone.

“It just shows how vulnerable we are all to mistakes. We are operating at such a high level lap after lap that these things can happen to anyone.”