Sergio Perez went wheel-to-wheel with Lewis Hamilton during the Turkish Grand Prix, and the Mexican admits that he had to work hard to defend against the seven-time World Champion. 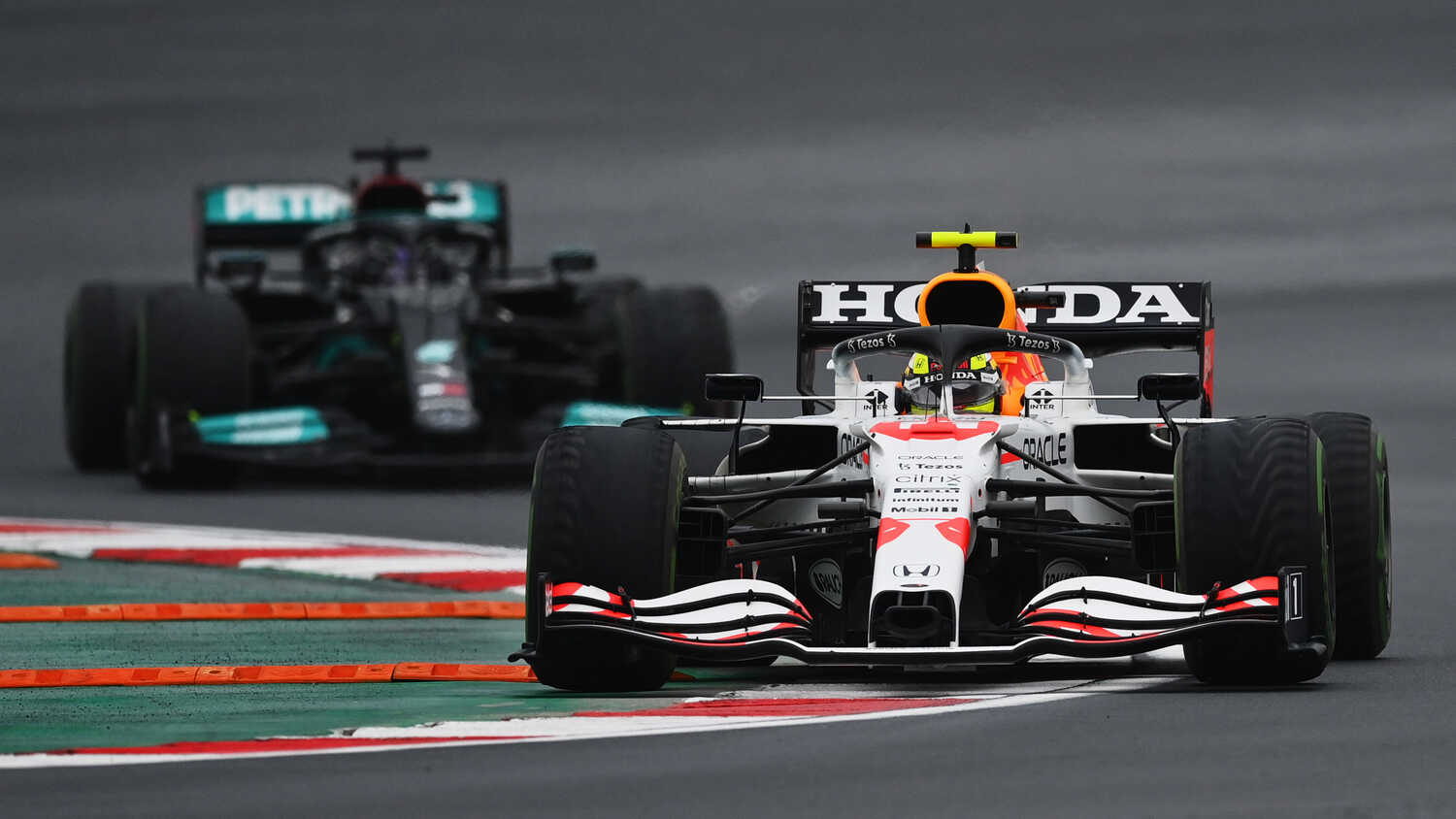 Sergio Perez admits his battle with Lewis Hamilton during the Turkish Grand Prix proved to be "intense" given how much he was struggling with the tyres on his Red Bull.

The Mexican worked hard to defend against the seven-time World Champion during the fight that began on Lap 35, and at one stage had to avoid a bollard at the pit lane entry after being pushed slightly wide as the pair fought for the position.

Perez kept Hamilton behind for as long as possible, but says this was not an easy task.

"It was pretty intense at that point," Perez told select media including RacingNews365.com.

"Lewis really got me at the worst time of my race, because I was struggling so much with my tyres.

"That first stint was so difficult for me, especially towards the end, and Lewis was pretty fast. I think at the time he was the fastest car on track, so to hold him back at that point was pretty challenging.

"I had to even avoid the pit bollard on the pit entry, but it was a good fight overall, and I managed to stay ahead."

Perez finished the race in third, whilst teammate Max Verstappen was in second, enabling the Dutchman to retake the lead of the World Championship from Hamilton, who ended the day in fifth.

It marked Perez's first podium finish since the French Grand Prix in June.