Perez emotional after home podium: It's an unbelievable day

Sergio Perez became the first Mexican driver to finish on the podium at his home race thanks to a third-place finish on Sunday. 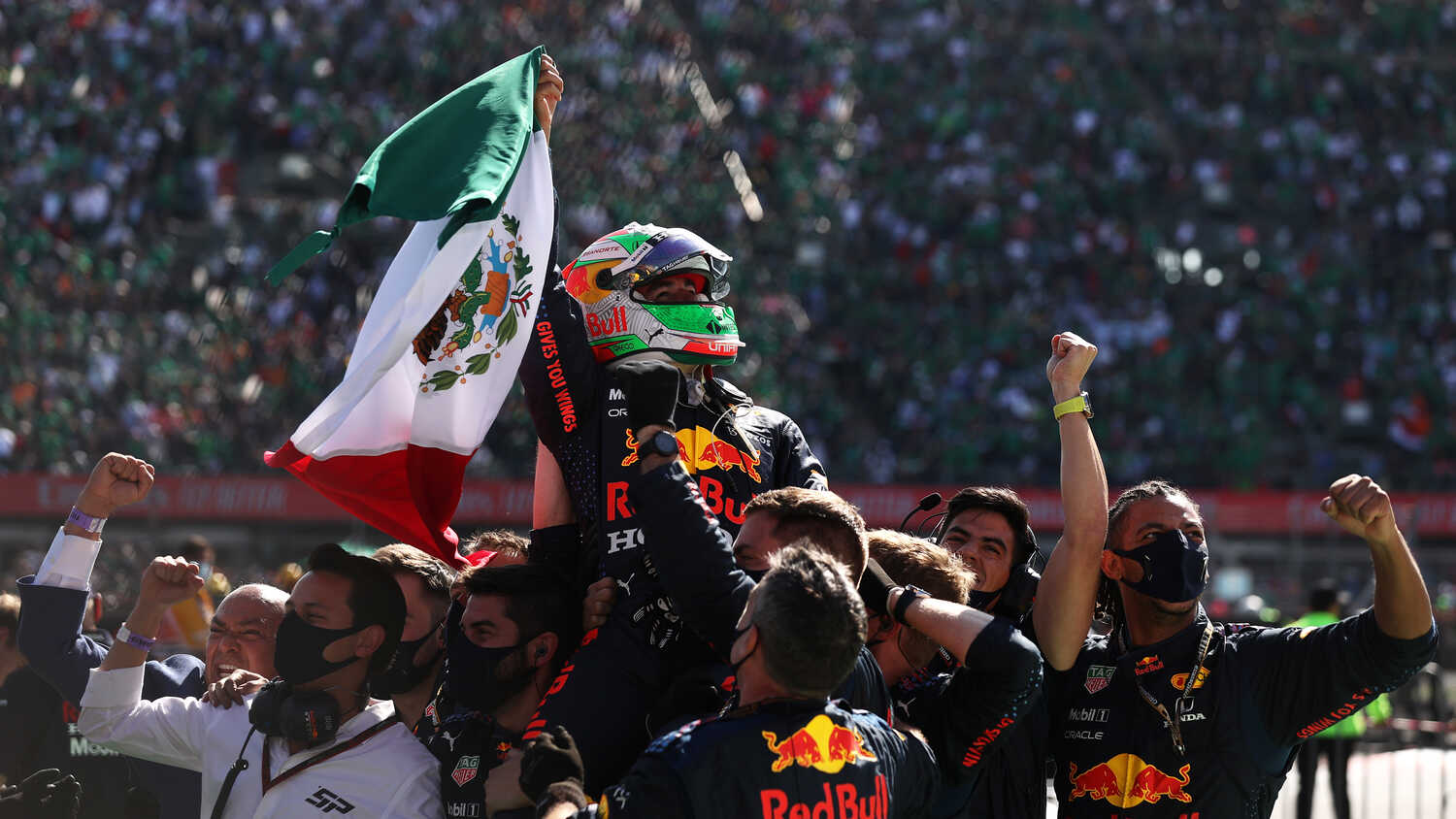 Sergio Perez called his third-place finish in Mexico an "incredible" result, stating that he gave his all in front of the passionate home fans.

It was a memorable race for Perez, who became the first Mexican to lead and finish on the podium at his home Grand Prix.

Although his late bid for second fell short, the Red Bull driver was thrilled with what was an "unbelievable day" for himself and the squad, as teammate Max Verstappen took the chequered flag.

"An unbelievable day," said Perez. "Obviously, I wanted more. I wanted to get the 1-2 for the team, and it was pretty close, but I didn't have a single chance to get through [and pass Lewis Hamilton].

"I still gave my full heart for these people, and I could actually hear them. It was pretty incredible."

Red Bull's first and third place finish in Mexico means they now trail Mercedes by just one point in the Constructors' standings with four races remaining.