Sergio Perez confirmed to remain at Red Bull in 2022

The Mexican will stay with Red Bull for another year after signing a new deal with the team for the 2022 Formula 1 season. 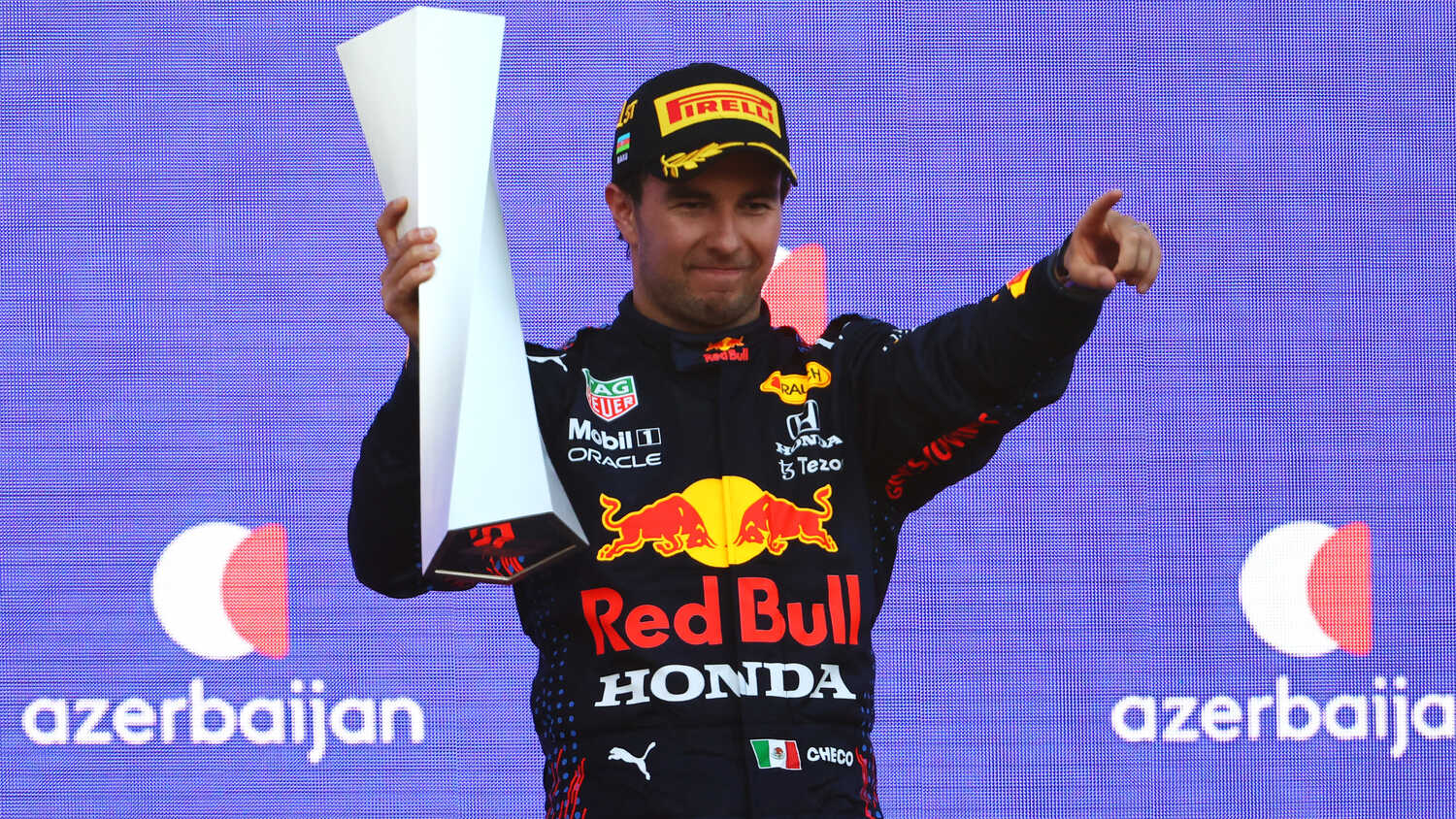 Sergio Perez will retain his seat at Red Bull next year after the team announced he has signed a new contract for the 2022 Formula 1 season.

Perez, who replaced Alexander Albon at the end of 2020, will drive alongside Max Verstappen again, as the Dutch driver is on a multi-year deal with Red Bull.

Perez has won a Grand Prix with Red Bull already, taking victory in Azerbaijan in his sixth race for the team after finishing in the top five consistently during the first half of the year.

Despite a few poor weekends in the lead up to the summer break, Red Bull have committed to Perez for another season as he finds his feet at the front of the Formula 1 field.

"I'm really happy to be continuing with a great team like Red Bull into the new era of Formula 1 and it’s a great opportunity for me," Perez said of the announcement.

"Everyone starts from zero next year with the new regulations, so my only goal is to go all the way to the top with Red Bull. It always takes time to get on top of everything when you join a new team but things have worked well this season and I really enjoy being a part of the Red Bull family.

"We've been working hard to deliver results so it's great to see the team have faith in me for the future. We have so much more to achieve together and we still have a great challenge on our hands this season so I really hope we can finish the year on a high and carry that momentum into 2022.

"I want to thank all my supporters around the world and especially those in Mexico. From my sponsors to my fans, they have been so enthusiastic since I joined Red Bull so I really hope we can reward them by reaching the top and winning the title."

Perez has been largely supported by Red Bull's senior management despite some troubled race weekends, with Dr. Helmut Marko and Christian Horner both voicing their approval of his efforts, and Horner says his experience will play a vital role as the championship fight unfolds between Mercedes and Red Bull.

"Checo is a highly respected team member and his experience and race-craft are invaluable as we fight for the Constructors' Championship," Horner said.

"His integration into the wider team has been seamless and we have been impressed by his performances during the first half of the season which demonstrate what he’s capable of in our car.

"Next year we move into a new era of Formula 1 with completely revised regulations and cars, and with over 200 races and a decade of experience under his belt, Checo will play an integral role in helping the team navigate this transition and maximise the RB18.

"Our current attention is on ending the 2021 season as strongly as possible and we look forward to seeing Checo build on a first successful season with the team."