Sergio Perez and Charles Leclerc escaped penalties after clashing in the Saudi Arabian Grand Prix and have offered their views on the incident. 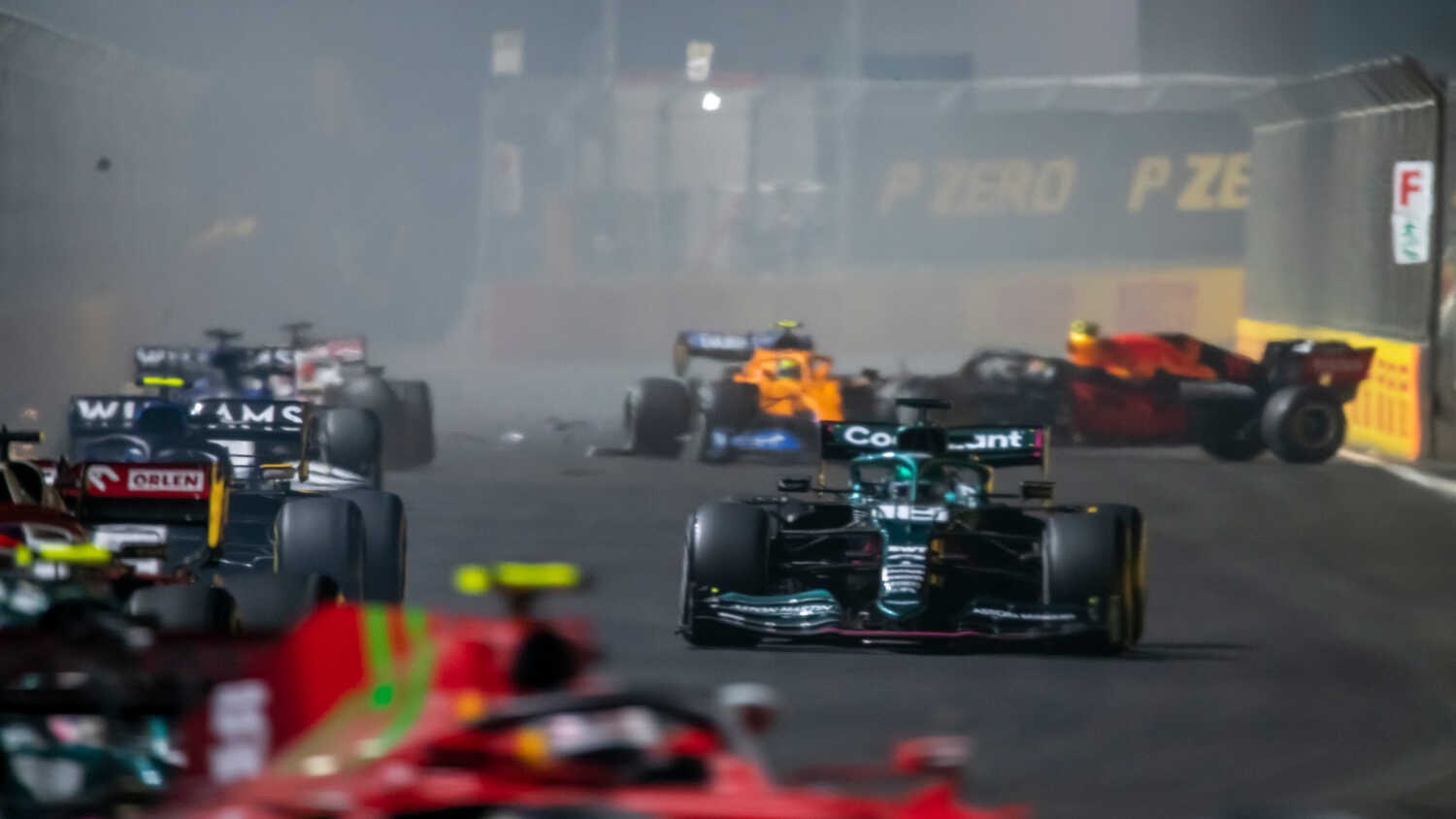 No further action has been taken over Sergio Perez and Charles Leclerc after they clashed in Sunday's Saudi Arabian Grand Prix.

Perez and Leclerc went wheel-to-wheel when the race resumed following an initial red flag period and made contact at Turn 3, pitching Perez into the wall and causing mayhem behind as drivers took avoiding action.

While George Russell slowed, Haas rookie Nikita Mazepin ploughed into the back of the Williams, leading to the race being red-flagged again.

Perez and Leclerc were summoned to the stewards over their incident, but the panel determined that "neither driver was predominantly to blame".

What were the drivers' views?

Speaking after the race, both drivers gave their version of events.

"I thought that Charles wasn't there because there wasn't any more space, but he was still there, so at that point I think he became a passenger," said Perez, who retired on the spot.

"There was nothing he could do or I could do differently and we tangled."

Leclerc, who recovered to finish in seventh place, added: "I was on the outside and I'm pretty sure he saw me.

"I think he probably thought I still had the choice of letting down, but the thing is that his rear wheel was there, so I had no choice and I tried to squeeze, and then his wheel is turned.

"Luckily for me, there wasn't too much damage."