Sergio Perez says his first year with Red Bull was "extremely intense" as he helped Max Verstappen to first place in the Drivers' Championship. 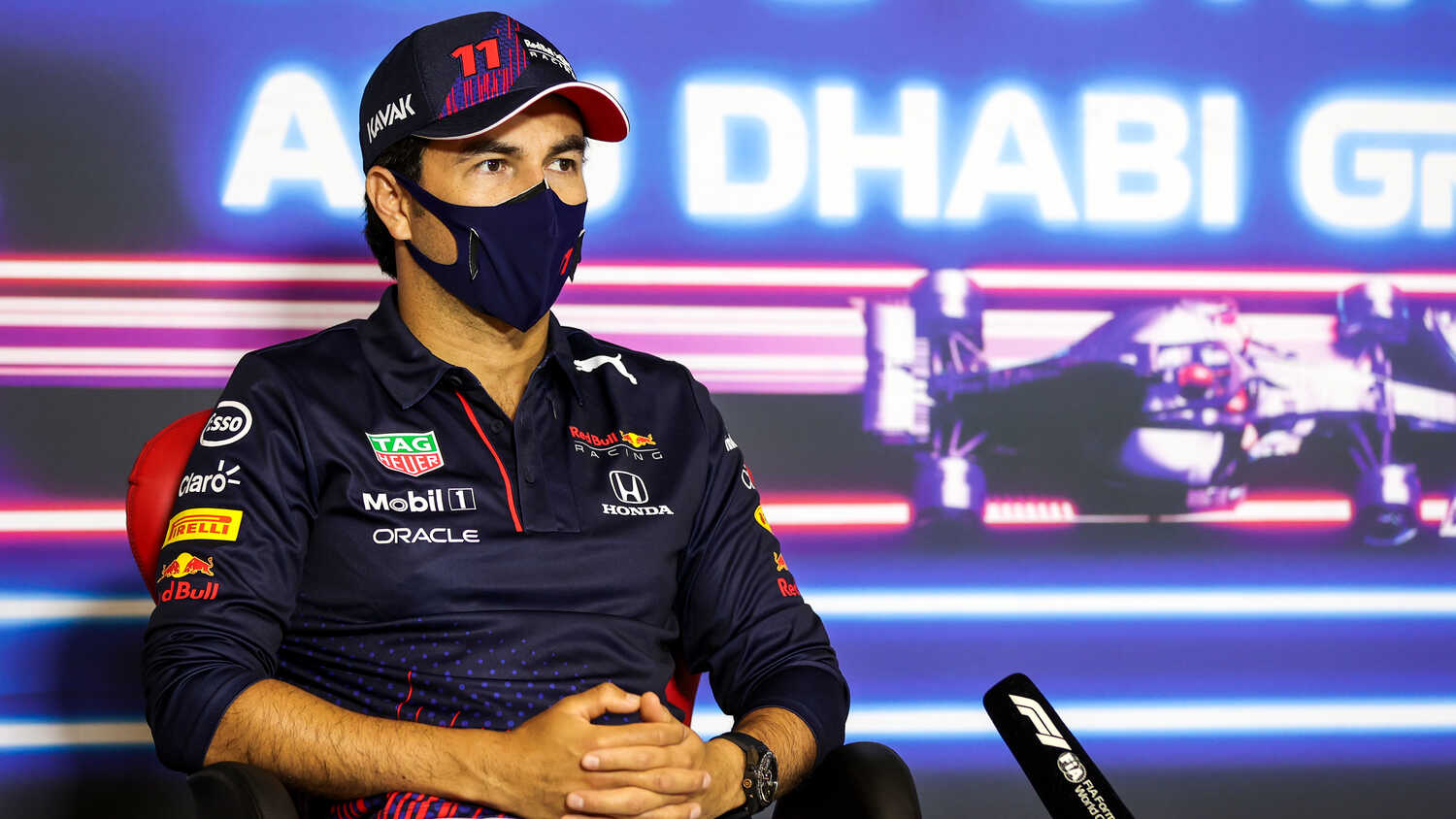 Sergio Perez admits his first Formula 1 campaign with Red Bull has been "extremely intense", after he played a key role to help Max Verstappen win the Drivers' Championship.

Perez, who won the Azerbaijan Grand Prix, has given Red Bull numerous strategic options across the season in the team's fight with Mercedes.

He was pivotal in Turkey when he kept Lewis Hamilton at bay on his way to the podium, and defended vigorously against the Mercedes driver at the season finale in Abu Dhabi, which prevented Hamilton from having a free pit-stop at the end of the Grand Prix.

"[It's been] very intense, extremely intense," Perez told media, including RacingNews365.com. "A lot of work has been done behind the scenes, [with] a lot of pressure.

"When you are at Red Bull the pressure is on and everyone is watching you, what you do... and you guys [the media] are obviously a lot harder to a Red Bull driver, which is very understandable.

"It hasn't been easy, but it has brought me to another level. Having Max as a teammate, it really pushes you to new levels. [But] I'm extremely happy; I'm enjoying it a lot.

"At this point of my career, I'm very happy, and that's the most important thing."

Being on the pace in Abu Dhabi

Perez was sometimes off the pace compared to Verstappen in 2021, particularly struggling in the middle phase of the season.

However, he was able to bounce back as the second half wore on, scoring three consecutive podiums to give Red Bull a chance of winning the Constructors' Championship heading into the final round.

The Mexican qualified fourth in Abu Dhabi and showed strong pace in the race to be a major factor for Red Bull.

Asked why he was able to be so close to Verstappen at the Yas Marina Circuit, Perez said: "I don't know, I just had the consistency. I think I've been close on many occasions, many races.

"When you are our in our position, I think the main thing I like is consistency, to constantly be at 100 percent with the car. [In] races like Abu Dhabi, you can see that the pace is there."

Perez recently explained in an exclusive interview with RacingNews365.com why he feels that Verstappen is currently the best driver in F1.