Ocon hopes strong start doesn't fade: We need to be there when it counts 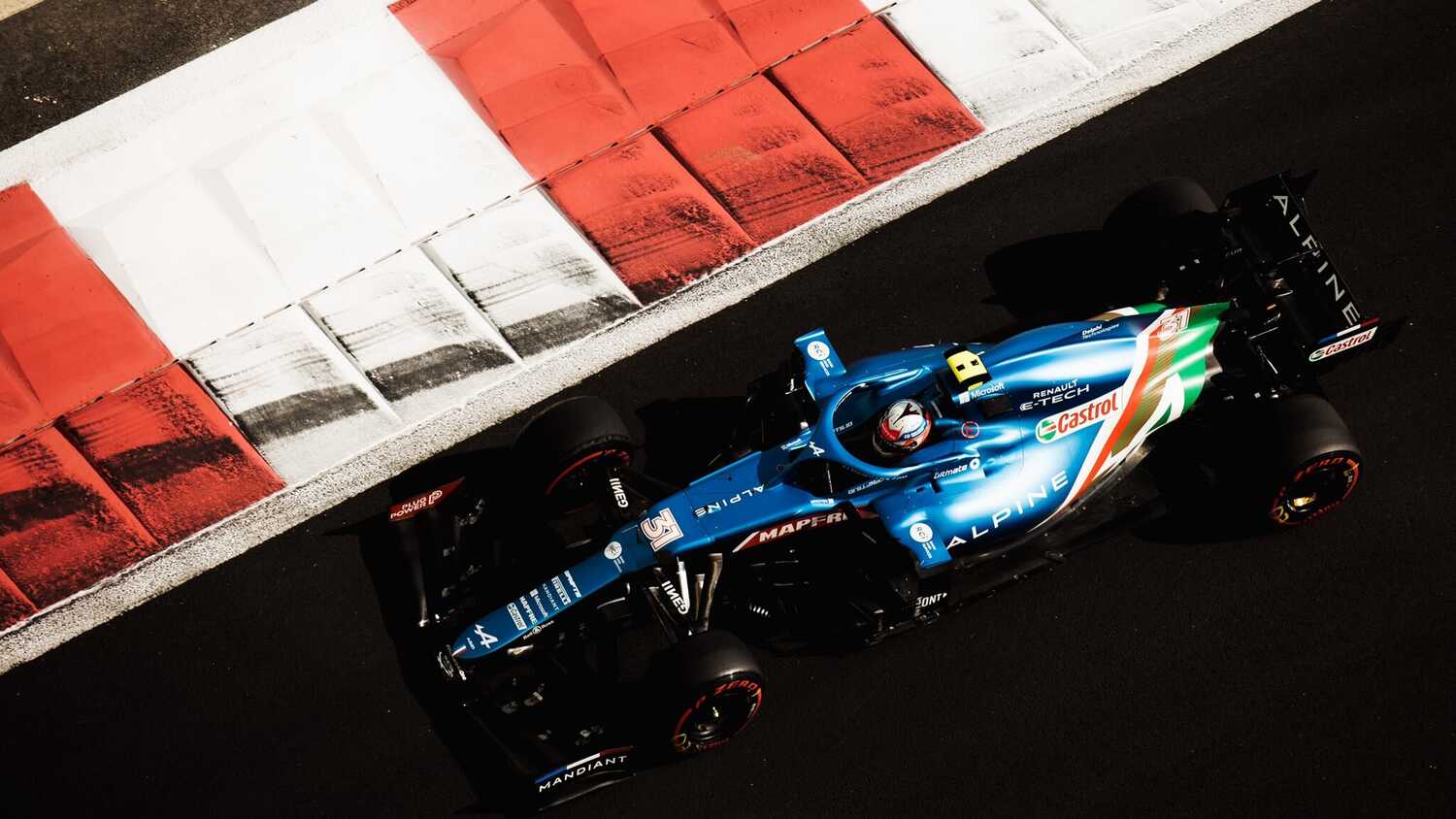 Esteban Ocon is determined for Alpine "to be there when it counts" after ending the first day of practice for the Abu Dhabi Grand Prix in a surprise second position.

Ocon's best time of 1:24.034 at the revised Yas Marina Circuit slotted him between Mercedes pair Lewis Hamilton and Valtteri Bottas, and ahead of both Red Bulls.

"We need to be there when it counts"

Speaking to media after practice, Ocon was cautiously optimistic about Alpine's pace, though refused to get ahead of himself.

"Well, it's only Friday, [but] it's a good sign, for sure," commented Ocon, when asked if he expects this form to continue through the weekend.

"We had both cars into the top 10 quite easily in that session, so that feels good, but the important [thing] is to be in there tomorrow, when it counts.

"Today has been fun, for sure, we had a good time, and it's nice to see ourselves on the top as well, but we need to push hard tomorrow."

Asked the same question, Alonso was slightly more pessimistic, saying: "Probably not. I think on Friday normally we look a little bit more competitive compared to Saturday and Sunday.

"I expect we will drop a few positions tomorrow, but nevertheless, it seems a good circuit layout now for us with the modifications, so we are happy and we are ready to push."

Both drivers enjoying the modified track

Nonetheless, both drivers are enjoying the challenge of the revised circuit, which has been opened up with the removal of chicanes and reprofiling of several corners.

"It's good fun. It was very exciting to relearn the track," said Ocon, who described the new Turn 14 - where Kimi Raikkonen crashed in FP2 - as "a hell of a corner".

"I mean, Abu Dhabi is like a home of Formula 1, we know the track so well, we test here a lot, and to revisit it like this has been interesting. I think it brings spice to it."

Alonso added: "I think the changes are cool, they are good to drive. It remains to be seen on Sunday if that will produce more overtaking, but I think on a single lap it looks more fun!"