Esteban Ocon lost out on third place at the Saudi Arabian Grand Prix just moments before the end of the race, an outcome that left the Alpine driver feeling frustrated. 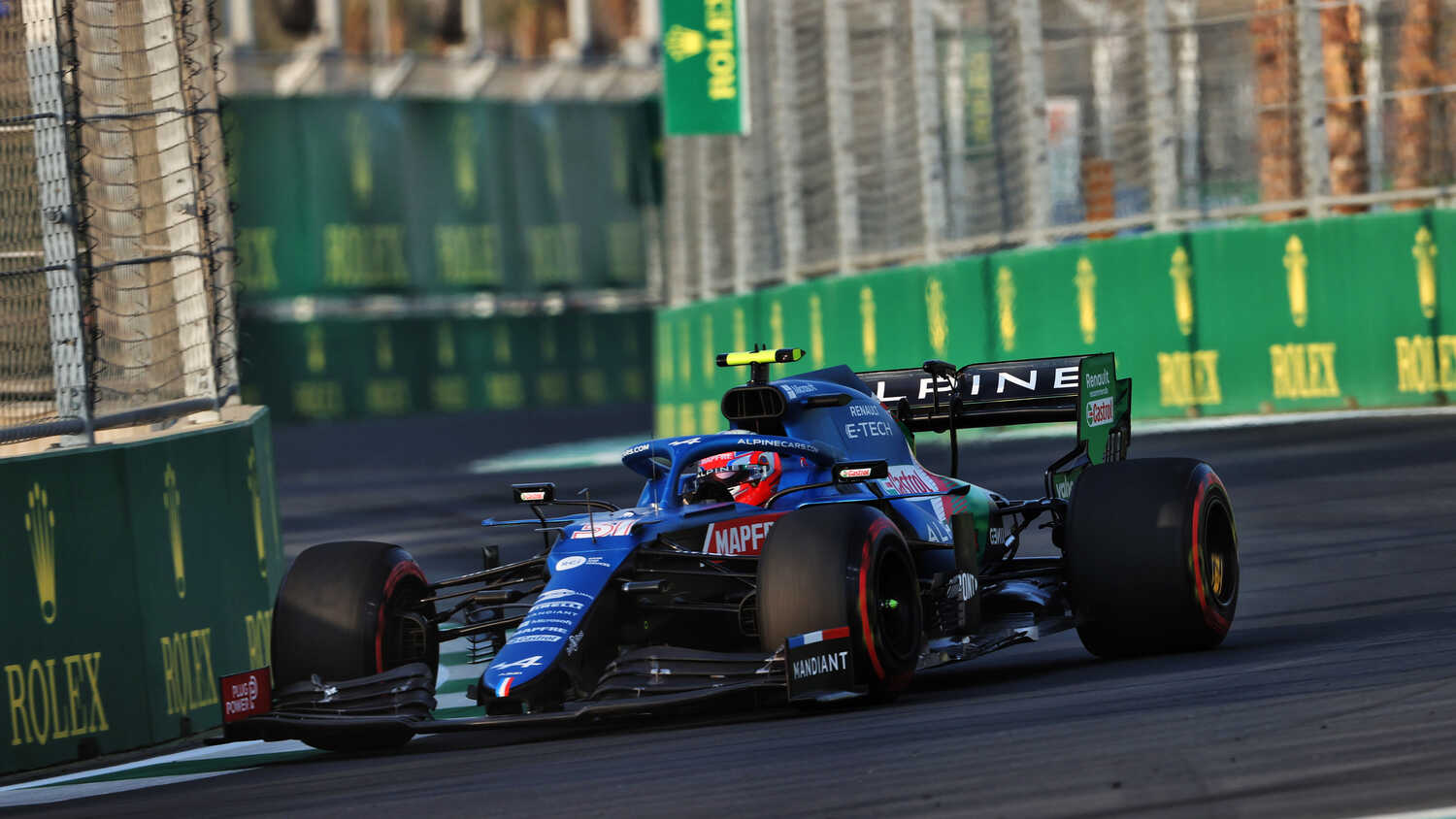 Esteban Ocon admits it was difficult to explain his feelings after losing out on P3 at the Saudi Arabian Grand Prix within metres of the finish line.

The Frenchman had held the position throughout much of the race, and looked to be on course to secure his second podium of the season following his surprise win at the Hungarian Grand Prix in August.

However, the Mercedes of Valtteri Bottas caught up with Ocon in the closing laps of the event, and managed to overtake in the dying seconds.

Understandably, Ocon was left extremely disappointed by the outcome.

"It's difficult to speak on the feelings right now," the Alpine driver told media, including RacingNews365.com.

"We gave it all in that race, clearly. It's a frustrating end, of course, because we had that third place for the whole race. The team did an amazing job, the car was spot-on, but we are fighting in a different league compared to Mercedes.

"[But] to lose that third place, I don't know, 10 seconds from the line, it's very frustrating."

Despite his frustration with the end result of the race, Ocon was pleased to see further signs of progress from Alpine.

"It's the plan, as Fernando [Alonso] would call it," Ocon explained. "We are getting there, we are getting where we want [to be], we extract the maximum out of the car.

"So I'm extremely proud of all the staff, all the decisions we took. Everything was mega, spot-on. But yeah, it's a difficult end, obviously."

Meanwhile, Bottas was pleased to take P3 at the end of the race, though acknowledges that Ocon and Alpine looked strong.

"It makes a difference, to be fourth or third, obviously," the Finn said.

"Esteban had a good race, and they were actually surprisingly quick, and it was not easy to get him, but [I] got him just at the end.

"[I] just kept pushing, and it was worth it today not to give up."