The Alpine driver believes himself and Fernando Alonso face a significant deficit in a number of key areas after a difficult Emilia Romagna GP. 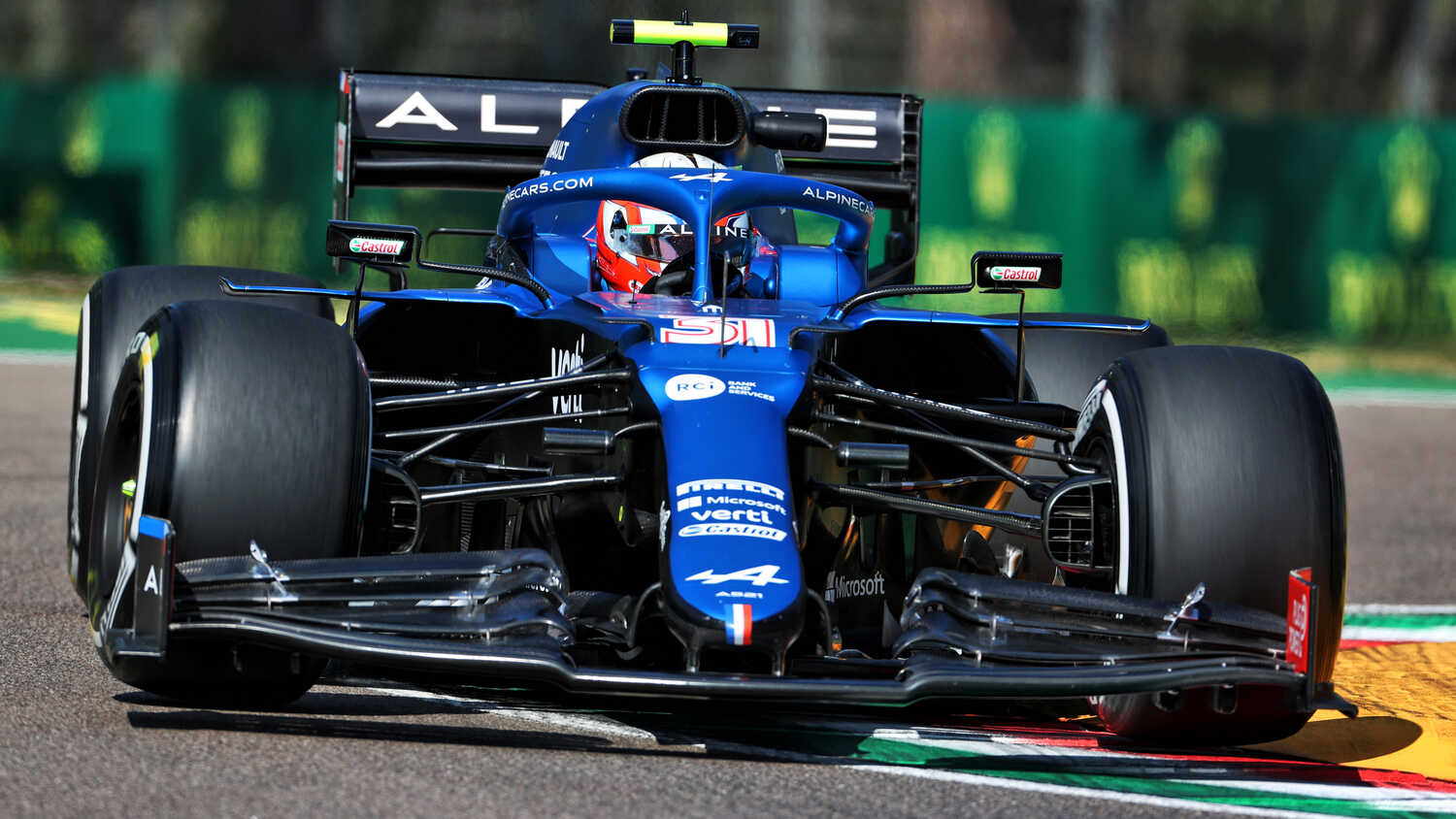 Esteban Ocon feels there is a lot of improvement to be made on his Alpine machine despite saying he felt confident in the car at Imola.

Ocon outqualified teammate Fernando Alonso by nearly half a second on Saturday. It was the first time Alonso had been outqualified by a teammate since Malaysia 2017. Despite reaching Q3 and scoring points, Ocon believes Alpine are still playing catch up to their midfield rivals.

"The stability is pretty good in the car, it's not the area that we are lacking pace," Ocon told RacingNews365.com and other select members of the press. "We are not the fastest in the straight line so potentially still things that we will work on there but we are lacking pace on some corners still, some medium speed corners, some traction zones.

"The car to drive, it felt good this weekend and I had good confidence and it's probably why I felt I could get into Q3 this weekend because it felt very decent.

"So I want to keep that going but we need we need more steps like we had this weekend to potentially gain more places and get closer to the guys in front."

The Frenchman scored his first points of the season at Sunday's Emilia Romagna GP, finishing ninth after Kimi Raikkonen's post-race penalty. It was a good recovery from Ocon who initially started on the wet tyres which turned out to be a strategical error.

"I think we had the potential to be seventh. The dry pace was actually quite solid," Ocon said.

"We are not where we want to be. We've made a step this weekend, with the upgrades that we got. I felt good in the car, driving it and we want to score obviously more and more points in the next races."