Norris explains what he wants F1 to change for 2022 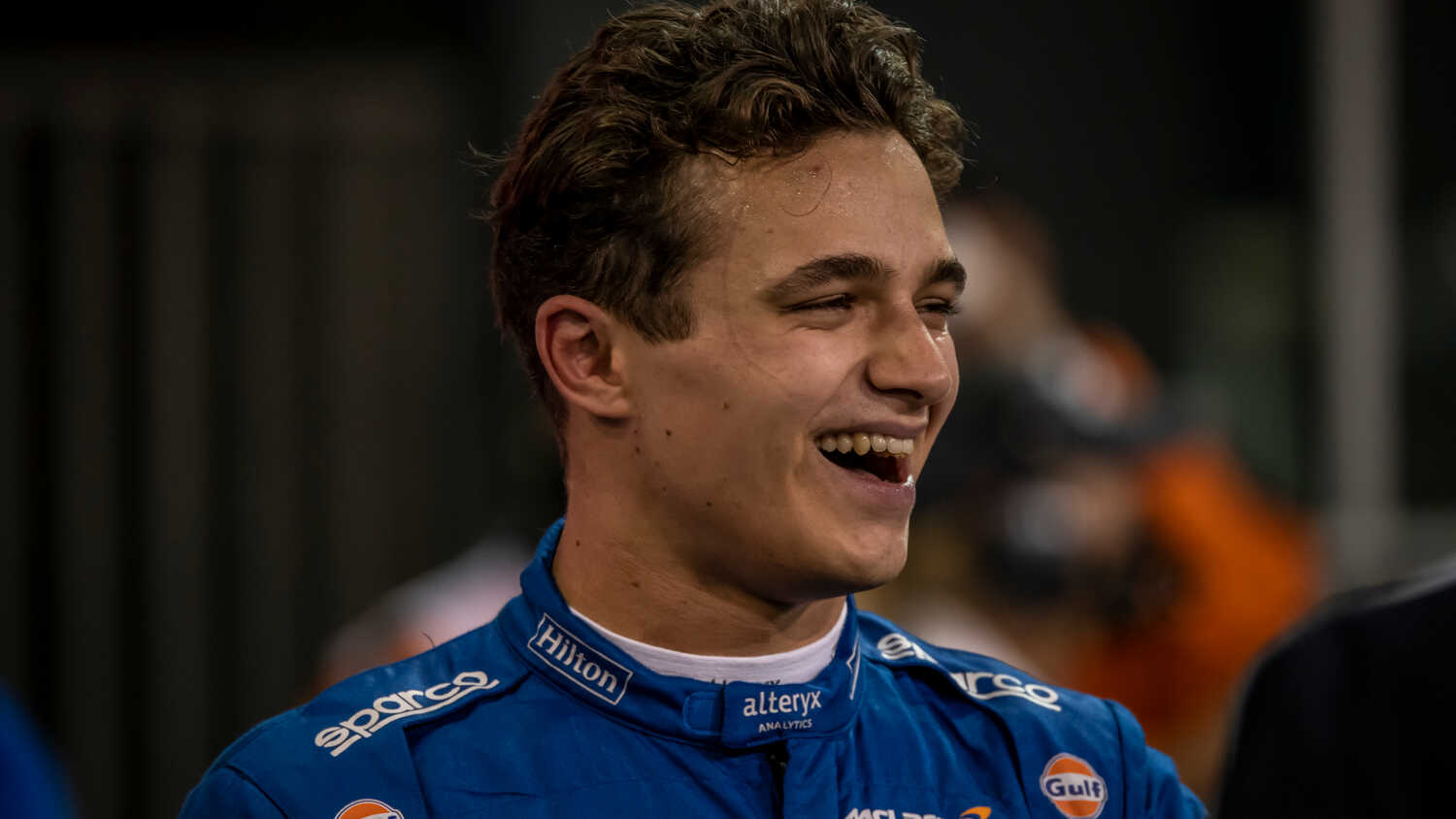 Lando Norris has reiterated his desire to see F1's red flag rules change as soon as possible, lamenting that they lead to "undeserving" drivers getting good results.

Norris has long been a vocal critic of the red flag rules, which allow drivers and teams to repair damage and change tyres without penalty.

Norris was the main loser during the red flag stoppage at the Saudi Arabian Grand Prix, falling to the back of the field having just made his scheduled pit-stop prior to the red flag.

Very annoyed about the rules on that occasion, Norris affirmed that he wants to see adjustments made as part of the far-reaching rule changes coming in 2022.

"I honestly still think it should be done. I still don't think it's a fair thing, no matter if I've gained from it or lost from it," Norris told media, including RacingNews365.com, after the Abu Dhabi Grand Prix.

"I don't think it's a fair thing to do. Of course, fans love it because it gives people wins and podiums who, to be harsh, don't deserve it.

"Not because they've driven badly or anything, you know, they just got lucky, so I don't feel like that's deserved - I hope something's done."

What can be done to improve it?

The red flag rules have made headlines on a few occasions this season, due to Lewis Hamilton being able to recover from a mistake at Imola and a clash with Max Verstappen at Silverstone.

Verstappen himself benefitted at the Hungarian Grand Prix and gained the lead in Saudi Arabia after not pitting prior to the red flag.

Norris has some suggestions on how the red flag rules can be made fairer, saying that a mandatory pit-stop rule should remain in place for races that have such a stoppage.

"Therefore you can't do it in the pit lane during the red flag. I think that's just the only thing that shouldn't be done.

"But of course, there are circumstances where you have to, which is if you have a puncture and stuff like that, which... I don't know what that outcome would be. But how we have it now, I don't think is fair."