Norris unwilling to move over for Hamilton or Verstappen

Don't expect Lando Norris to do any favours for Lewis Hamilton or Max Verstappen as they battle it out for the 2021 F1 World Championship. 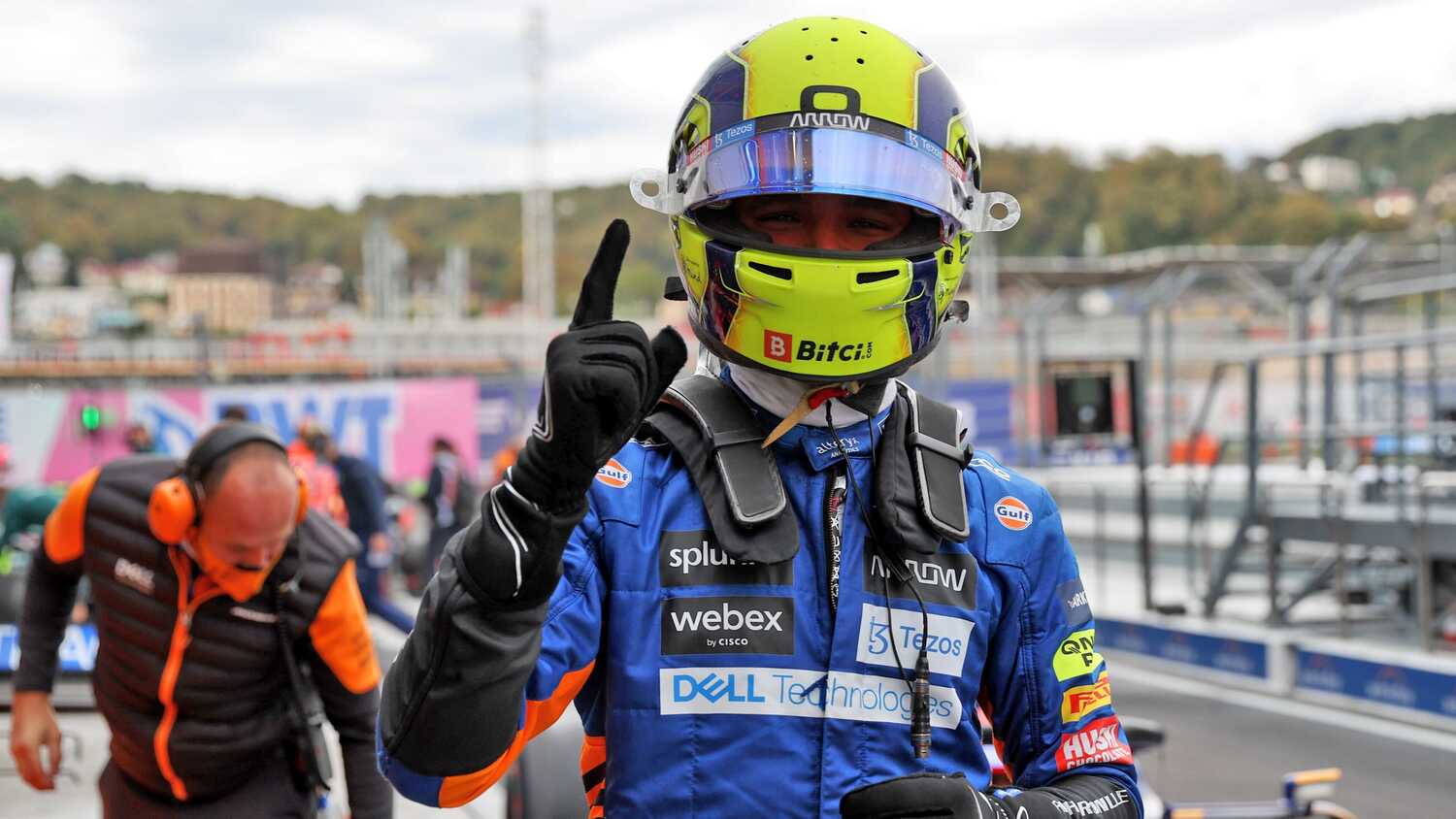 Lando Norris isn't keen to help Lewis Hamilton or Max Verstappen in their championship battle, noting that his focus is on winning races.

The McLaren driver found himself leading the Russian Grand Prix in the closing stages despite late pressure from Hamilton.

While Norris was able to keep Hamilton at bay, rain ultimately prevented him from taking the chequered flag, as he stayed out on slick tyres while others pitted for Intermediates.

In the end, Hamilton won with Verstappen finishing second, while Norris had to settle for P7.

When asked by Motorsport.com whether he would be willing to move over for Hamilton or Verstappen should he find himself ahead of them in the future, Norris was steadfast in his answer.

"Move over when Lewis and Max are behind me? No, I never move over," Norris responded.

"It doesn't matter if I'm fighting for the title or not, I drive for my team and for myself.

"I fight to win races and I will never give a position to Max or Lewis or anyone else. I don't care if they need it to win the title."

Norris may not have been able to record his first F1 win in Russia, but he remains in the fight for third in the standings. He currently sits fourth, 12 points back on Mercedes' Valtteri Bottas, with seven races left in the season.