Lando Norris put in a strong performance in qualifying for the Styrian Grand Prix to set the fourth fastest time. But with second-placed Valtteri Bottas receiving a three-place grid penalty, Norris will be promoted up into P3 on the grid. 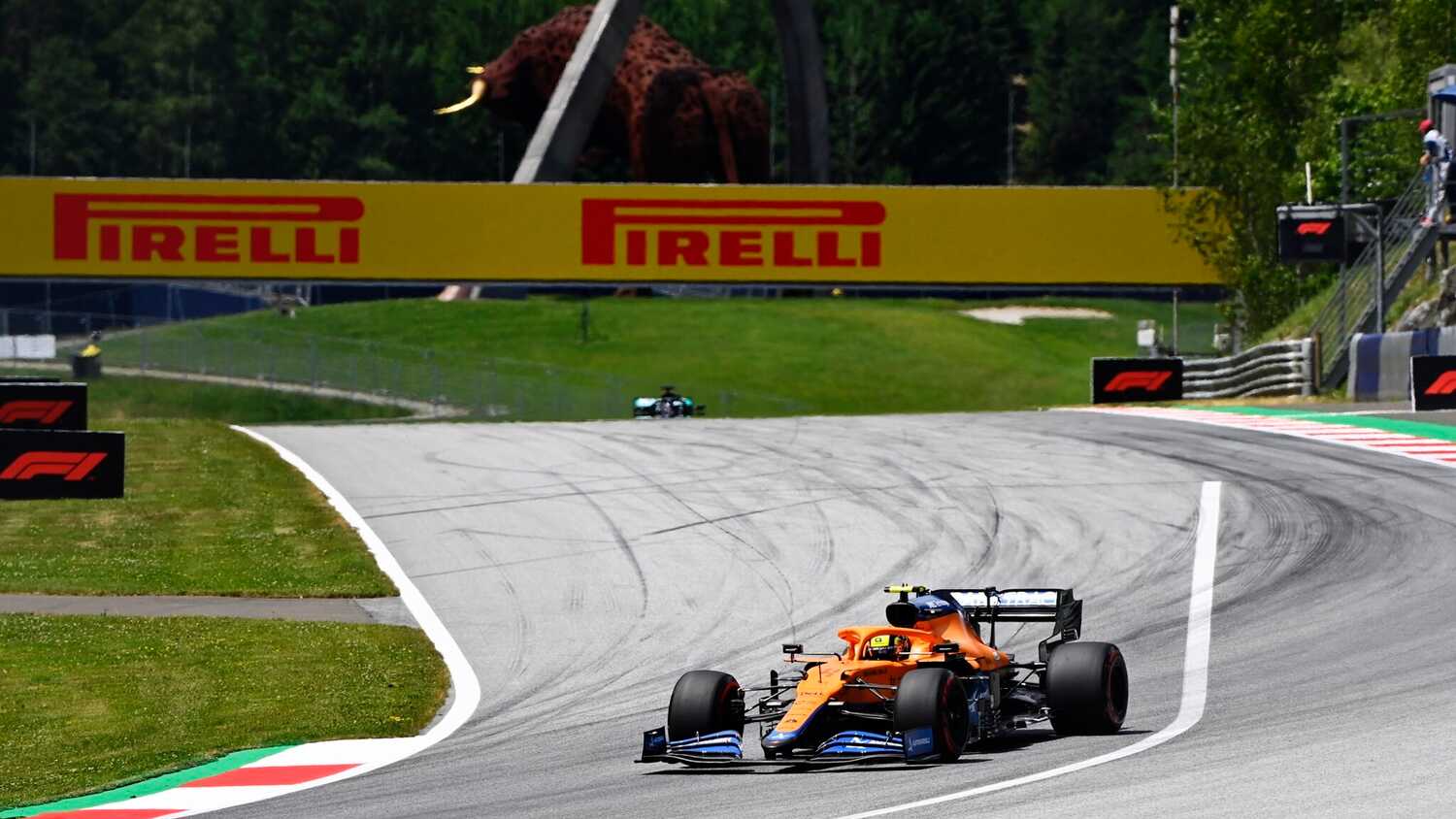 Lando Norris was left feeling surprised but happy after securing P3 on the grid for the Styrian Grand Prix, starting only behind Max Verstappen and Lewis Hamilton.

The McLaren driver looked strong throughout qualifying and at the end of Q3 had set the fourth fastest time. But with Valtteri Bottas - who had qualified in second - receiving a three-place grid penalty for a spin in the pit lane during free practice, Norris has been promoted up into the top three.

"It was a lot of fun," Norris told Sky Sports F1 after qualifying at Austria's Red Bull Ring. "The car was good.

"I think it's one of the coolest tracks to drive in qualifying, not because there's loads going on but just the high speed corners are nice and [it] feels fast. I'm a bit out of breath by the end of it.

The Briton added on his qualifying performance: "The car was feeling good. I felt confident to push on it but every lap I did, even since Q1, was very strong, so that was a good thing for us."

Whilst Norris would like to achieve a podium finish as he did at the 2020 Austrian Grand Prix, the Briton is simply hoping for a solid points finish.

"It would be nice to [get another podium], but I think we know that both Red Bulls and both Mercedes are much quicker than us, maybe not today but tomorrow, I think they are," Norris said. "They have a better car.

"We still can score some very good points and, even last year, it's a pretty similar story, starting P5 or P6. We can be there at the beginning. If there are safety cars and people making mistakes and penalties then we also need to be able to capitalise on it, but we have to wait and see for that."

Norris outqualified teammate Daniel Ricciardo, who appeared to struggle more during the session and will start the race from 13th place.