Lando Norris says no decision has been made on whether his McLaren will have to be fitted with a new Mercedes engine. 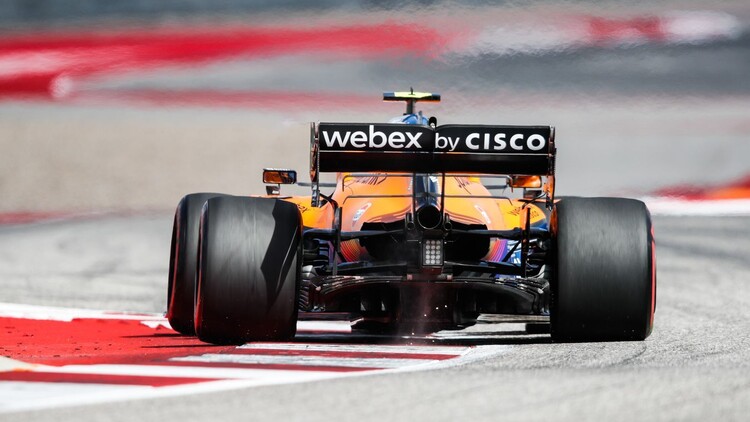 Lando Norris wouldn't close the door on a possible engine change between now and the end of the season, stating that "almost all other Mercedes drivers have taken one".

Lewis Hamilton was also hit with a grid penalty for a new ICE in Turkey, while three of the four drivers to take engine penalties in Austin were powered by Mercedes.

Norris wasn't one of those drivers, however he admits talks between McLaren and Mercedes are ongoing as to whether that may change before the end of the season.

"It's something that's always ongoing," Norris told RacingNews365.com and other accredited members of the media. "Almost all other Mercedes drivers have taken one, but it's a conversation that's going on from our team and Mercedes, with what's best for the end of the season.

"Whether we do or we don't, whether we take one now or later in the year, there's not long left. If we take one in the future, that has yet to be decided. We'll be discussing that."

Ferrari have outscored McLaren at the last two races, and now sit just three and half points back in the fight for third in the Constructors' standings.

When asked about his expectations heading into this weekend's race in Mexico City, Norris predicted another close battle with the Scuderia.

Norris added: "We'll have to wait and see. I'm just looking forward to getting back on track, and driving on one of the more fun circuits of the season.

"It's very tricky because of the the altitude and the way the car handles on this type of circuit. A good mix of slow, medium and high speed corners.

"As expected, and as [it] has been all season, it's going to be close between us [McLaren and Ferrari]. We'll do our best to hopefully come out on top."