It will be a momentous day in MotoGP, with icon of the sport Valentino Rossi set to compete in his final race. Lando Norris and other F1 drivers have been sharing their thoughts on Rossi's retirement. 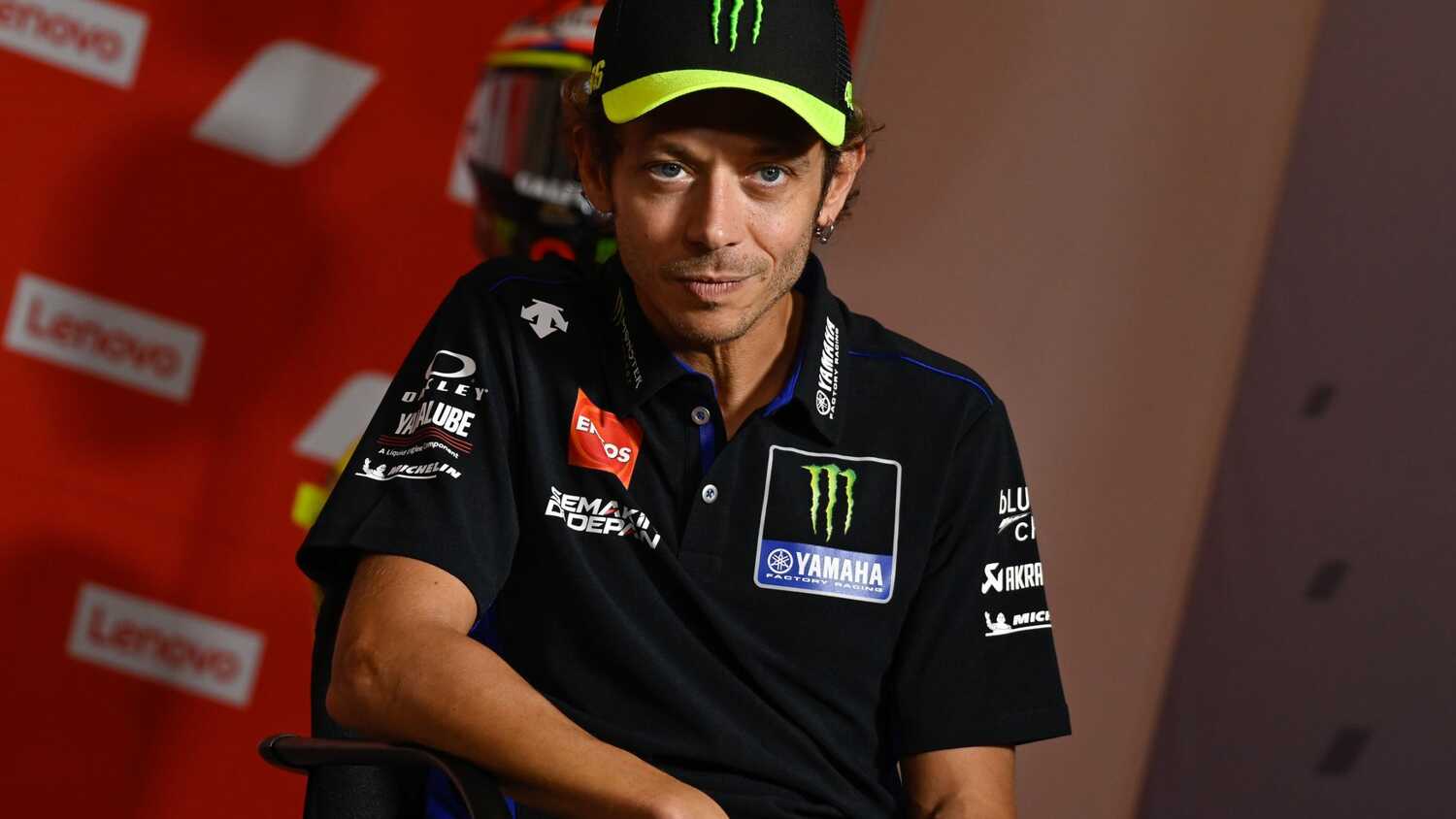 Lando Norris has revealed that he received a text from Valentino Rossi ahead of the MotoGP legend's final race in the sport.

Norris is known to be a fan of Rossi, and met the iconic rider at an event in 2019. The McLaren driver spoke to Rossi before the Italian competes in his last MotoGP event in Valencia, which takes place on the same day as the F1 Brazilian Grand Prix.

"He sent me a message [earlier in the week], just because he is going into the final race of his career," Norris told media, including RacingNews365.com.

Norris admits that Rossi was one of his key inspirations when it came to first becoming interested in racing.

"He was the guy that I watched when I was four, five, six years old," the Briton explained. "He got me into racing. He got me onto a motorbike first.

"He has been the guy that I have looked up to, the guy who kind of helped me get to this position where I am, because probably without watching him my ambition of being a racing driver would not have been so high.

"He is a character. One of the best things about him is the character that he is amongst people and fans, he has time for everyone. He is a good guy and he is definitely going to be missed."

Norris didn't share details of what exactly the message from Rossi said, but explained that it was a follow-up from a text he had sent to the 42-year-old wishing him well in his final MotoGP weekend.

He also revealed that they talk "every now and then" and would like to do some racing together at some point.

Norris isn't the only one who will miss Rossi's presence in MotoGP. Carlos Sainz called him a "living legend", whilst Lewis Hamilton said that he was sad to see Rossi retire from the sport.

"It's obviously sad to see Vale stopping, but I think his drive, his approach, just everything he's done has been incredible," Hamilton - who previously did a swap with Rossi for a one-off event in 2019, where Hamilton rode Rossi's bike and Rossi drove the Mercedes F1 car - explained.

"So it'll just be sad to not be watching the races and seeing him just ride in style as he usually does. But I think it's a beautiful time for him also, because he's got a family now, he's growing or starting to build.

"But I'm grateful I've had the privilege to share a really special day with him on track. I'll always remember that."

Fernando Alonso agreed that Rossi is a "legend", and wished him well in "his new chapter in life".