Norris offers explanation for contrasting performance in FP1 and FP2

McLaren's Lando Norris has offered an explanation for his mixed day, with the English F1 driver finishing P4 and P12 in FP1 and FP2 respectively. 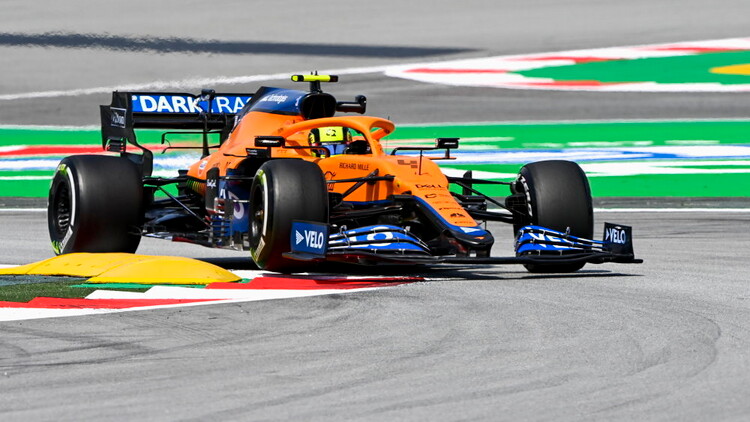 English Formula 1 star Lando Norris has cited the increase in temperature and McLaren's lack of long-run pace as two reasons for his performance drop off in FP2.

Norris, who can lay claim to being one of the drivers of the season so far had a stellar FP1 session in Spain where he finished fourth. Unfortunately, the British driver could not maintain his good form in the afternoon session with the man from Bristol ending up 12th.

"It's not been a bad day," Norris told members of the media including RacingNews365.com.

Norris went on to discuss the upgrades brought by McLaren and how the car on the whole doesn't feel bad to drive.

"We bought a few different things for this weekend, so we just need to understand them for tonight and put it all together.

"There's definitely just some things to improve on, in the balance side anyway. A bit of understanding why we think we were better this morning then this afternoon with a temperature as well.

"It's still the fourth race of the season, the fourth track of this season, so we're exploring different characteristics different tarmacs and stuff like that. It's still new things learning but tomorrow is the important day so that's when you got to put it together."

Given his good form this season, it would come as no surprise if Norris and McLaren found themselves battling cars at the sharp end of the grid come Sunday.