Norris: I would have overtaken Verstappen when he spun at restart

McLaren's Lando Norris wouldn't have hesitated in passing Max Verstappen, had he been behind the Red Bull when the Dutch driver slid off before the restart. 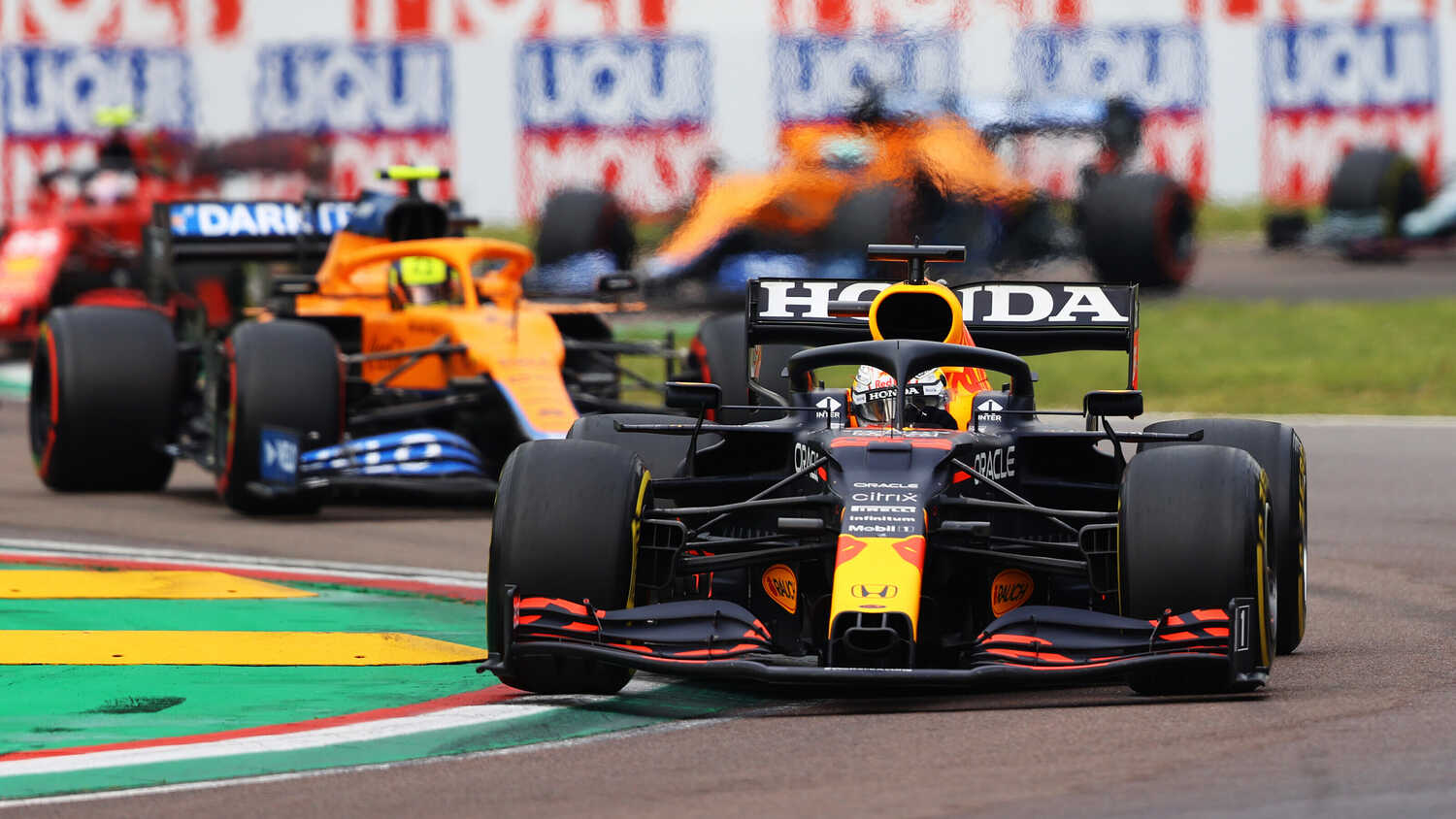 McLaren's Lando Norris has said he would have passed Max Verstappen without a moment's hesitation, had he been the first car in line behind the Red Bull for the restart.

Verstappen was preparing to lead the field away after the Safety Car restart, when he half-spun his Red Bull onto the grass just before the final corner. Gathering back up quickly, Verstappen resumed his position at the head of the field, helped by a co-operative Charles Leclerc who hit the brakes.

Speaking after the race, Norris said that he wouldn't have been as generous as Leclerc and would have tried to pass the Red Bull to punish the mistake.

"I had a great view of it," Norris told media afterwards.

"Quite funny actually. I think Charles could have gone past him in my opinion. At that stage Max was out of control and going left and Charles kind-of just hit the brakes and slowed down and stopped.

At some point he has to go past Max because he was facing the barrier for a lot of the corner. I don’t know. We have to maybe ask the guys in charge what the exact ruling is for going off, as off-track, all four wheels off the track and example of yesterday – but at the same time Max was going very slow, so it was like Leclerc… Charles could have driven past him at the point. I’m not sure.

"I think if I was in P2, I would have gone for it, because you have a chance at winning then. It’s a risk worth it."

It's a grey area in the rules, as cars are not permitted to overtake under the Safety Car. But, with Verstappen technically going off the track, FIA Race Director Michael Masi explained that the Dutch driver would have been permitted to resume his position anyway as it was being treated as a formation lap.

"After a suspension, it is considered a race lap, but in the same sort of principles as a formation lap," Masi explained to media, including RacingNews365.

"So, if a car was out of position, it would be like a formation lap in that they can regain that position as long as it's before SC1 (Safety Car line) is the general principle, or at least the way the regulations are worded."