Norris: Hamilton was a bit too quick for me today

The McLaren driver recorded his second podium of his Formula 1 career with third place at the Emilia Romagna GP in a dramatic race. 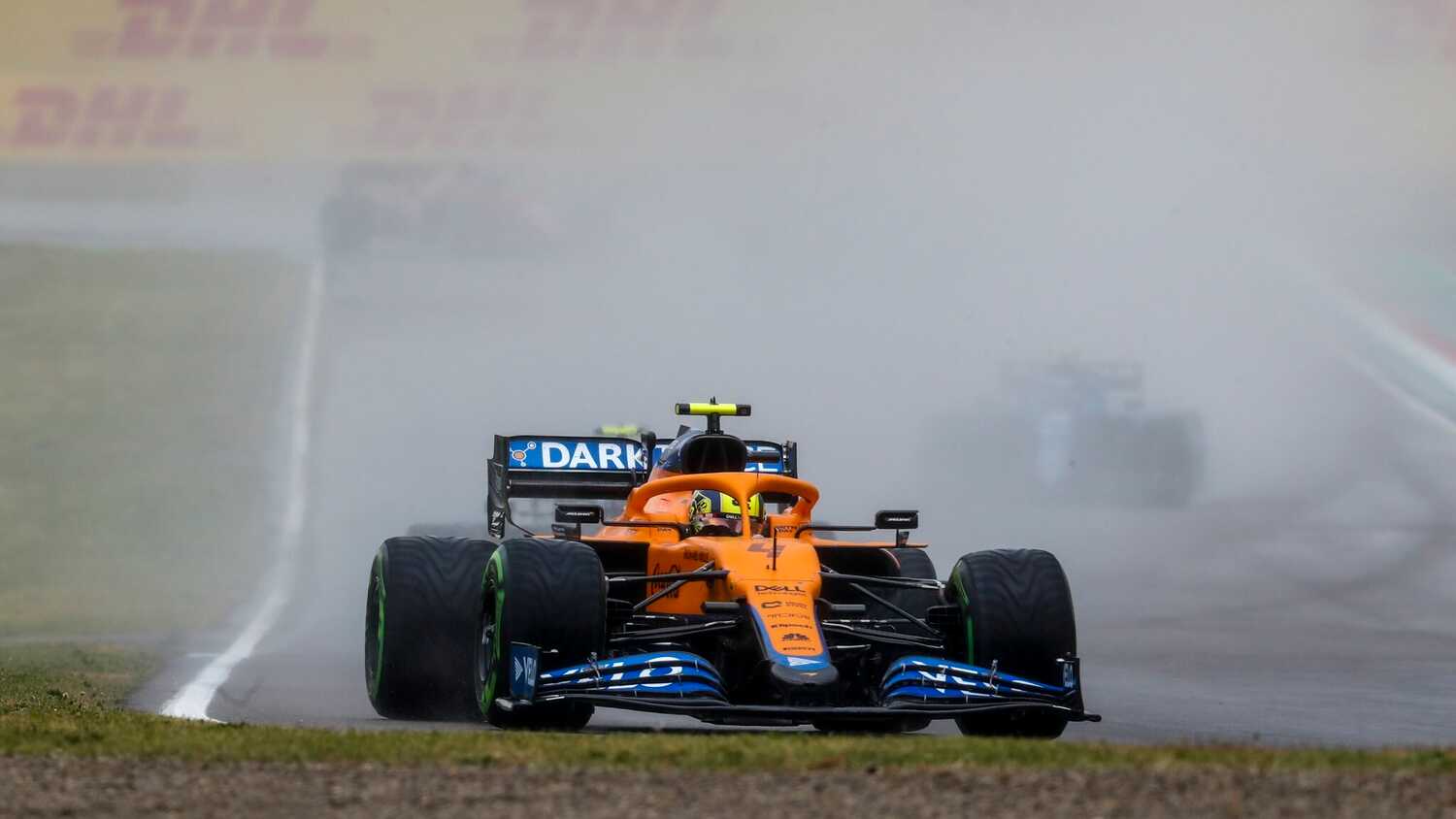 Lando Norris was delighted with his podium at the Emilia Romagna GP even though he was unable to hold off Lewis Hamilton at the end of the race.

The 21-year-old was particularly happy to bounce back from his gutting qualifying on Saturday when he lost out on third place. Instead he was able to finish third on Sunday to pick up the second podium of his career.

"I am happy, a nice recovery after yesterday," Norris told F1 TV. "I didn't start so well but I came back through I had good pace.

"I tried hanging on to second but Lewis was a bit too quick for me today. It's nice to be fighting these guys and it's nice to be there on merit and hopefully we can have some more of these in the future.

Norris admitted it was his own fault when his kneepad kept hitting his clutch paddle and believed the decision to use the soft tyre compound after the red flag paid off.

"We opted to go on the softs for the restart," Norris added. "I had good pace for the first 10 to 15 laps but I knew I was going to struggle at the end, especially with Lewis behind me.

"I held on for two or three laps but in the end I just couldn't hang on I'm happy than third, I'm not disappointed