Norris: Hamilton should have three wheels to make it harder!

Lando Norris could do little to stop Lewis Hamilton from passing him in Saturday's Sprint Qualifying race in Brazil. Nevertheless, the McLaren driver joked that his rival's recovery wasn't all it was made out to be. 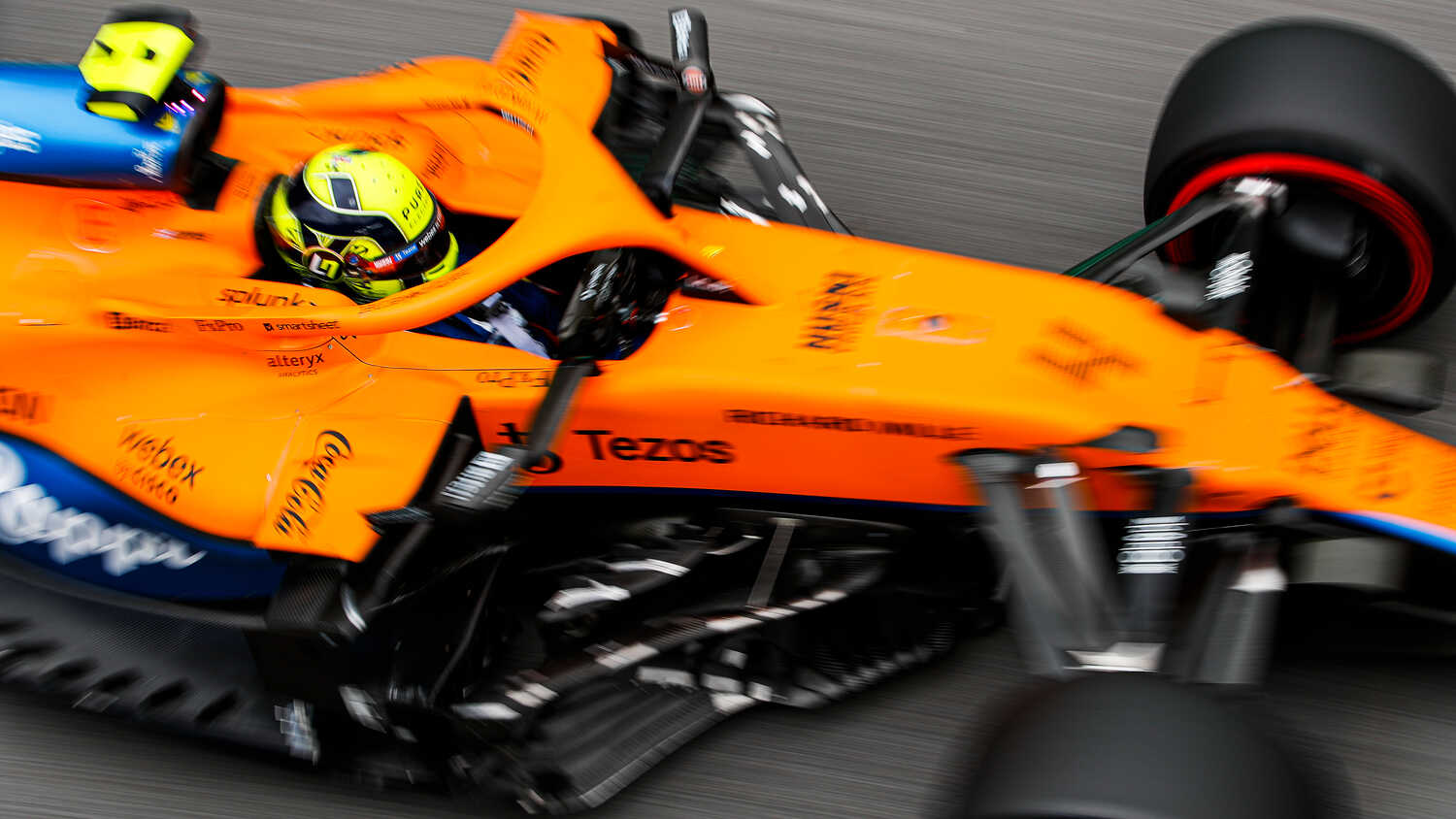 Lando Norris joked that Lewis Hamilton's life should be made more difficult by forcing him to drive on three wheels following the seven-time World Champion's fightback during Sprint Qualifying in Brazil.

Hamilton started the Sprint race at Interlagos from the back of the grid, having been excluded from qualifying after the stewards deemed that his Drag Reduction System (DRS) breached regulations.

In the end, Hamilton overtook 15 cars over 24 laps to finish the Sprint race in fifth. His last pass of the day was on Norris, with the McLaren driver quipping that it wasn't all that impressive, considering the pace of the Mercedes.

"It wasn't that good of an overtake, I'm not going to lie," said Norris with a smile, while speaking to Sky Sports.

"I just didn't need to take any stupid risks trying to defend. He's in a different league compared to us.

"[There's] no point in wasting any of my tyres trying to keep this guy behind me. If he's gone from last to fifth in 24 laps, he should have three wheels on his car to make it a bit harder for him!"

"I was pretty shocking in FP2"

Norris, who celebrated his 22nd birthday on Saturday, finished the Sprint in sixth spot, though he'll start Sunday's Grand Prix in P5 due to Hamilton's five-place grid penalty for an engine change.

Norris was pleased with how things turned out, considering his birthday didn't get off to the best of starts.

"Until this point [Sprint Qualifying], no, because I was pretty shocking in FP2 earlier and just not driving very well," said Norris, when asked if he was enjoying his birthday.

"I made some improvements for the race, and it definitely paid off in terms of the pace against Charles [Leclerc]. So yeah, now I'm happy. I'm smiling at least!"