Norris given grid drop and points for red flag infringement

McLaren's Lando Norris has been given a grid penalty for Sunday's race in Azerbaijan, after an investigation into his driving during a red flag period 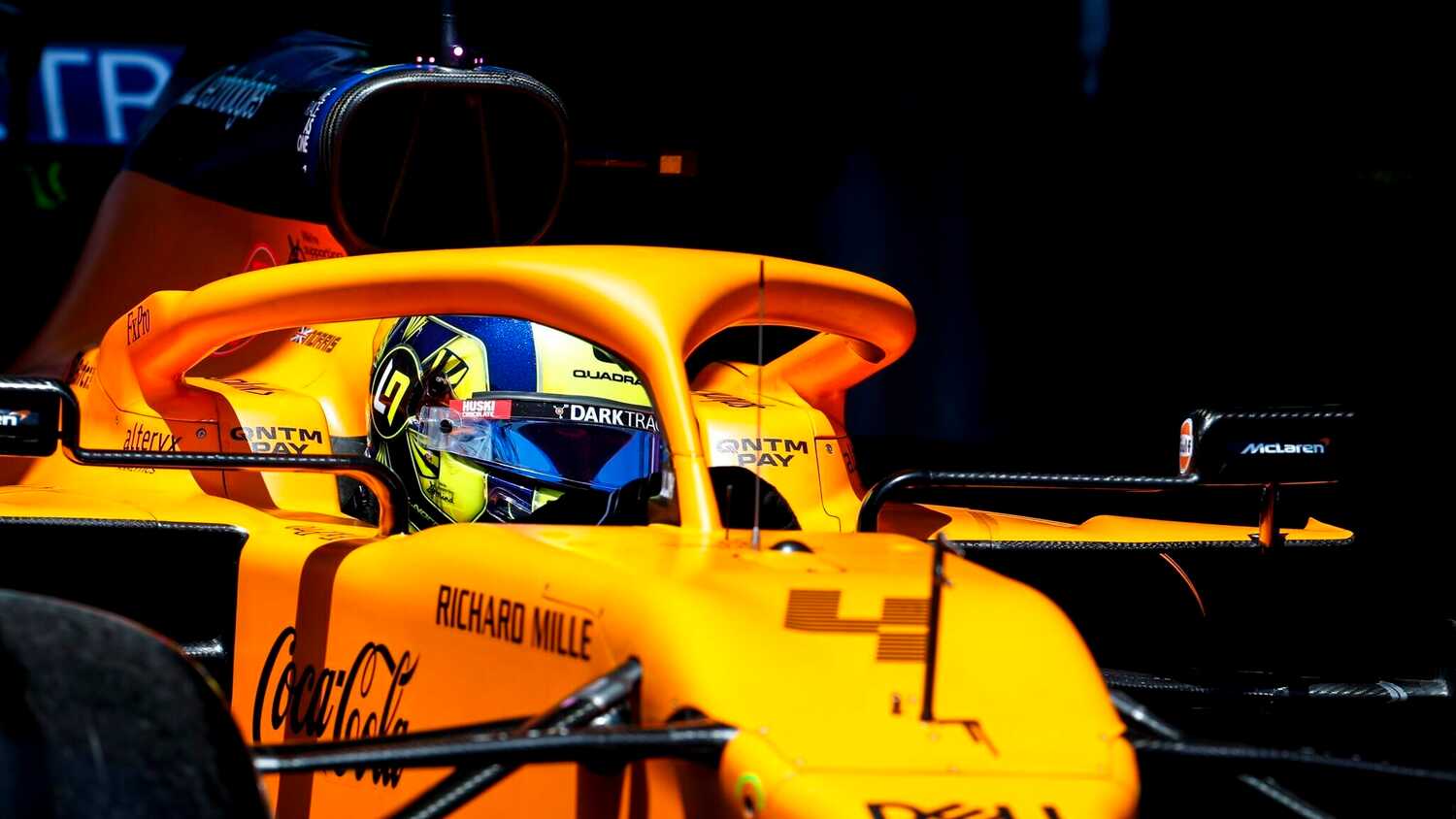 McLaren's Lando Norris has been shuffled back three grid spots for Sunday's race in Azerbaijan, having been found to have broken the rules during a red flag period in Q1. He will now start the race from ninth place.

Norris rejoined the circuit from the pitlane entry just as the red flags were shown to cover Antonio Giovinazzi's crash in his Alfa Romeo. Norris then proceeded to do another lap of the circuit before withdrawing to the pits, and was summoned before the stewards as a result.

"Norris was just on the long start-finish-straight when red flags were displayed," said a statement from the stewards in Baku.

"Consequently, red lights were flashing on a panel on the left guardrail and on the car’s dashboard. During the hearing, the driver admitted that he lifted the throttle, braked and was committed to and able to enter the pitlane.

"At that moment he was not sure what to do and asked his team over the radio. Although the team ordered him immediately to enter the pits, it was too late and Norris crossed the finish line one more time.

"The Stewards assume that if a red flag is not respected during qualifying, a drop of 5 grid positions is appropriate. However, if you consider that the driver only had a very short time to react due to his position on the track, a drop of 3 grid positions is sufficient as an exception."

Norris has also been given three penalty points on his superlicence, taking him to eight points for the current 12 month period. 12 points in that period earns an automatic race ban.