Norris explains how he progressed because of Ricciardo's struggles

Lando Norris feels that one of his key steps forward in 2021 came about as a result of the struggles his teammate Daniel Ricciardo faced in adapting to the McLaren car. 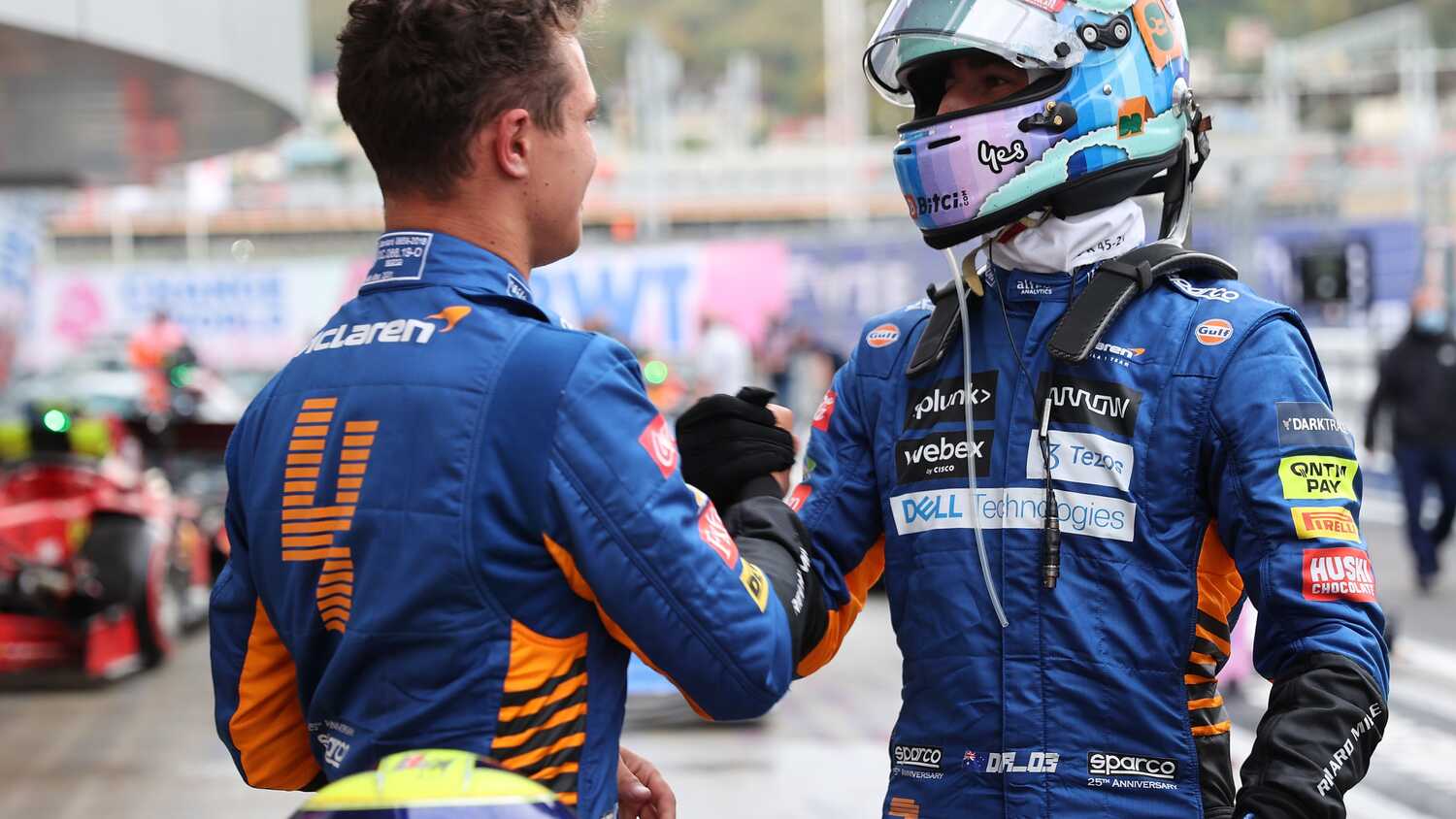 Lando Norris admits that he was able to develop as a team leader due to teammate Daniel Ricciardo's early struggles at McLaren.

Ricciardo joined the Woking-based squad from Renault for the 2021 season, but it took some time for the Australian to adapt to the team's car. Meanwhile, Norris entered into his third year with the outfit, meaning that this was not an issue for him.

With Ricciardo needing extra time to adjust, Norris thinks that he himself stepped up more as a result, and that this was a key area of his development as a driver.

"I think, especially [in] the first half of the season, when Daniel was kind of getting up to speed a lot more, [it] was more [about] how I can lead the team, myself," Norris told select media including RacingNews365.com. "And how I have to work without as much help of the other teammate.

"Just because Daniel was getting up to speed. Now it's like more equal, it's just a different situation.

"But the situation was more like, 'How can I push myself a lot more?', when, at that point of the year, I didn't have help from the other half the garage to kind of push yourselves together, which is more of what we've had in the second half of the season.

"So I think that one thing was very good for me and I've learned - if I can't use the data from the other car - how I need to approach the weekends, how I need to drive.

"You can drive differently, you have to try more things yourself, you can't afford to let the other car try these things.

"And those things, [you] have to try as much as you can yourself. So leading the team and being alone a little bit more [was] definitely one of the biggest things [I gained]."

Putting a race weekend together

As well as learning to lead the team, Norris feels that other areas that he progressed in during the 2021 season included being able to influence the development of the car, and feeling more able to put a solid weekend together.

"[I think] being a bit more forward with the development of the car and stuff like that [was an area I improved]," Norris said.

"It's a bit difficult because next year it doesn't matter as much, but maybe over the season there was a bigger effect from that with the development of some of the upgrades we had.

"And, finally, I don't think [there was anything] big, but just the smaller things on cleaning up the weekends, just from a practice, qualifying, race perspective.

"These smaller things which helped, just tidying it up and having cleaner race weekends and so on. I'm putting it all together when it really matters.

"It's difficult to say [specifically], I don't have anything I can say exactly this or exactly that. But, apart from the what I just said about the first half of the season, the rest of it [is] the very small things and just putting it all together."