Norris: Every fight with drivers like Hamilton gives me confidence

Lando Norris secured four podium finishes in the 2021 season, and as such enjoyed battling with some of the front-runners along the way. The Briton explains how this has enhanced his confidence. 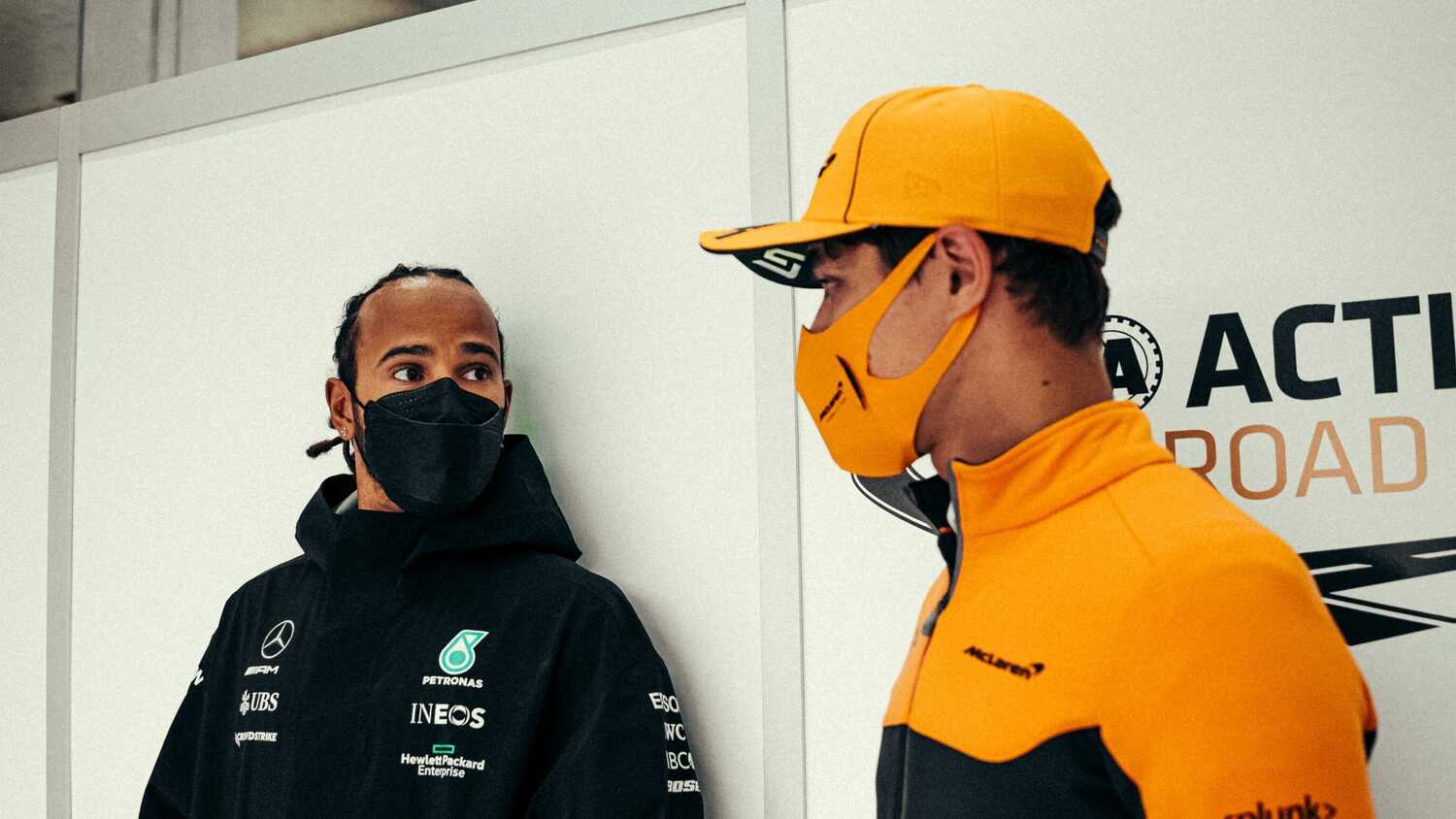 Lando Norris says that his battles with drivers such as Lewis Hamilton and Max Verstappen in 2021 have added to his growing confidence.

The Briton finished on the podium four times during the season, with his best result being a P2 at the Italian Grand Prix. As such, he has enjoyed several on-track fights with some of the leading teams.

Norris admits that he has to adjust his driving slightly when duelling with the front-runners.

"They're not just in better cars, but generally the guys who are in better cars are also going to be the more experienced or better drivers," Norris told media including RacingNews365.com.

"So there's a little bit more pressure, because you know that they'll think of every plan or strategy possible for how to get past you and so on.

"That's the only thing, is that you know that they will be thinking of every single thing possible in order to attack you and to race against you and overtake you."

Thinking of the future

Norris feels that racing with the likes of Hamilton and Verstappen means that he will be more ready to go wheel-to-wheel with them in the future.

"The only thing it really gives you is confidence that, if you're there more often or you have a better car, then there's no reason why they should be able to beat you if you're in the same car," the McLaren driver explained.

"Every time I raced against Lewis or [Valtteri] Bottas, or Max or [Sergio] Perez, I think the only thing it really gives you is more confidence.

"That you know that, when you are more often in this position, whether it's next year or in two years, then you feel ready to race against them all the time and ready to beat them."

Norris finished the 2021 World Championship in sixth, whilst McLaren ended the year in fourth in the Constructors' Championship after being beaten to P3 by rivals Ferrari.