Norris astonished to be on Monaco podium: I don't know what to say

The McLaren driver was lost for words after taking a maiden podium at the Monaco Grand Prix on Sunday. Norris finished behind Carlos Sainz and race winner Max Verstappen. 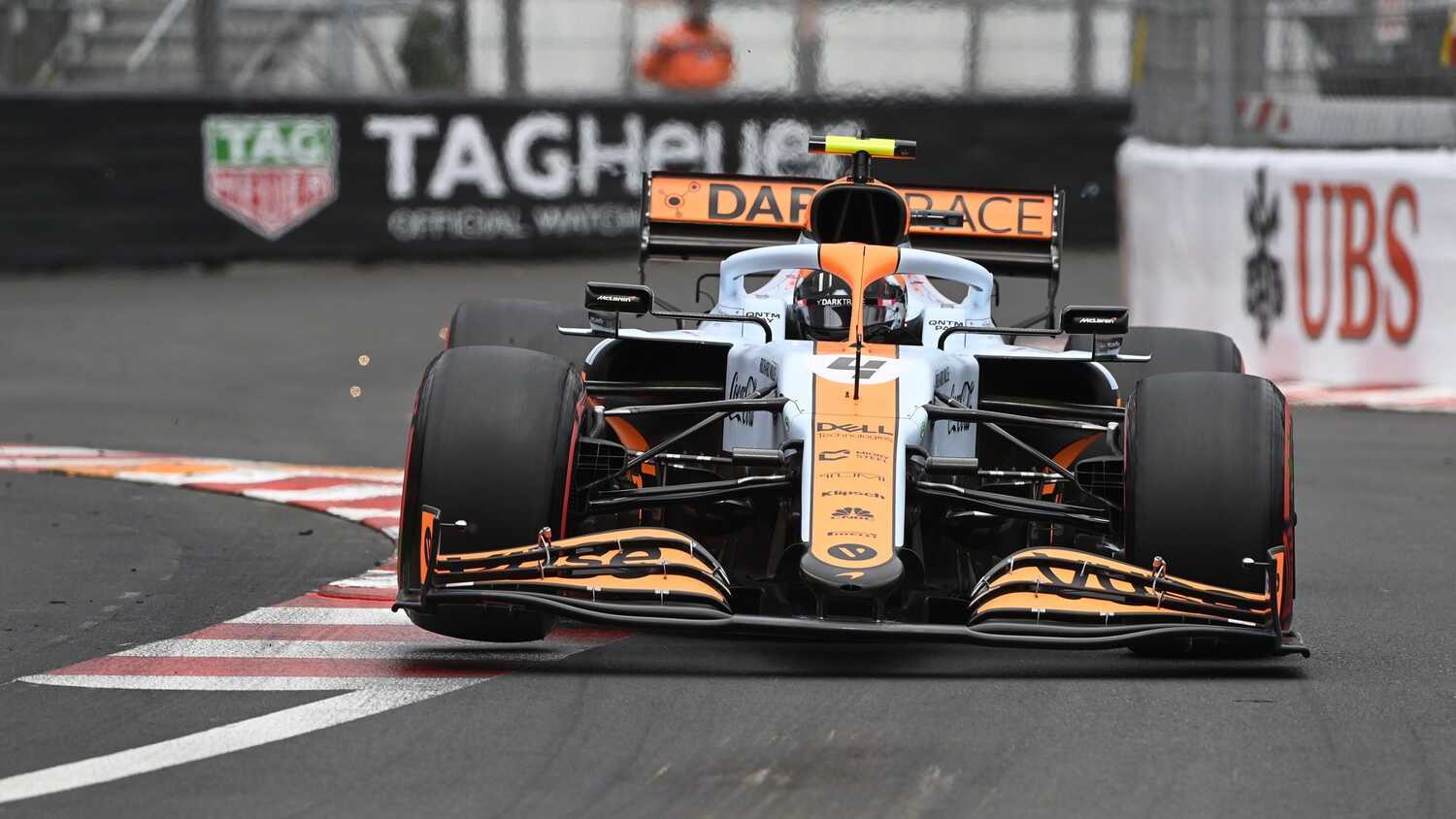 Lando Norris was shocked to be on the podium at the Monaco GP after he held off Sergio Perez in the latter stages of the race to take his second third-place of 2021.

Norris qualified in fifth but took advantage of problems for Charles Leclerc and Valtteri Bottas to move up the order to finish in the top three at the Principality.

"I don't know what to say. I didn't think I'd be here today," said Norris post-race. "It's down to these guys [the McLaren team]. It's always a dream to be on the podium here so it's extra special.

"I didn't think was gonna happen but a bit of luck, some good driving and a good car all weekend so thanks to boys and girls, this one's for them."

Norris is now third in the drivers' standings only behind Max Verstappen and Lewis Hamilton after five rounds as Azerbaijan awaits.