Mercedes: We were willing to sacrifice win to cover off Verstappen

Mercedes' Andrew Shovlin has explained that the team were willing to relinquish victory to Lando Norris in the Russian Grand Prix, when they opted to bring Lewis Hamilton in for Intermediate tyres. 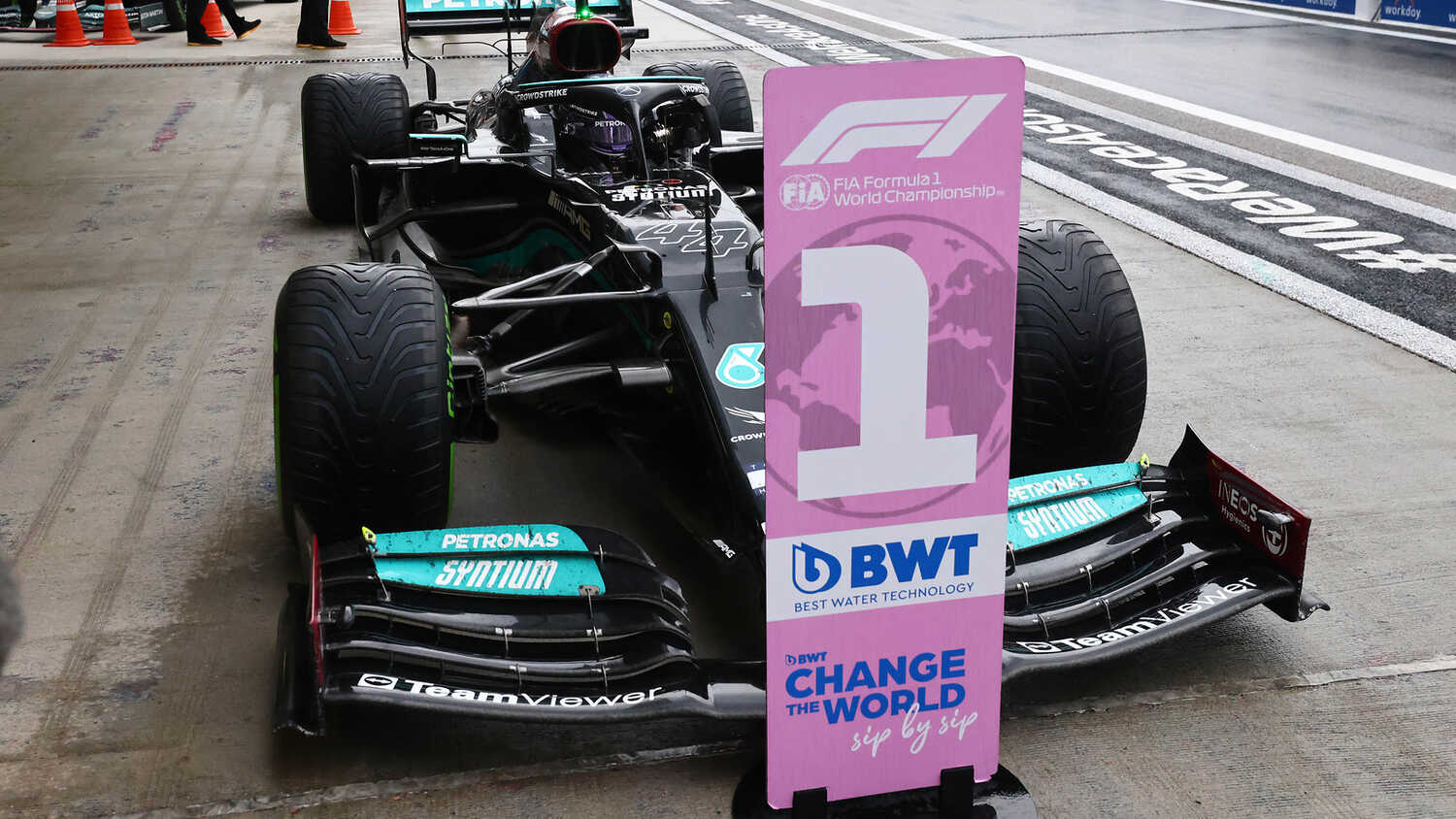 Mercedes' Andrew Shovlin has revealed that the team were willing to concede victory to Lando Norris by pitting Lewis Hamilton from second place late in the Russian Grand Prix, as they were more concerned about covering off what Max Verstappen had done further back in the pack.

Hamilton had been directly behind leader Norris in the closing stages of the race, and appeared to be struggling to clear the McLaren driver when rain started to fall on the Sochi Autodrom. With Norris staying out on track as the conditions teetered between wet and dry, Hamilton pitted on Lap 49 to make the switch to Intermediates.

Mercedes called Hamilton in after Verstappen had boxed from sixth place on Lap 48. He ignored the initial call, but Verstappen's pit-stop meant Mercedes had to emphasise to Hamilton what his title rival had done, and the reigning World Champion elected to follow suit on the following lap.

Shovlin explained that the team went into the stop with the mindset of losing the win, but covering off Verstappen.

"We just tried to get him in the next lap," Shovlin told select members of the media, including RacingNews365.com, after the race, when asked about what they had done when Hamilton ignored the initial call.

"And the key point that we were thinking to get across to him was that Max had stopped. With Max having stopped, then he's certainly keen that we shadow what he's doing. Even if it meant that we might leave the door open for Lando to take the win.

"The other thing we just had to get across was that we thought the rain was going to get heavier. Therefore, jumping early was going to be better.

"With all these things, it's very much a case of getting the right information to the driver, because we were quite clear what we wanted to do. They haven't got the luxury of rain radars and things, and it's just a case of making sure that they can understand why it is we're trying to take that decision."

Mercedes had been one of the first to swap to the Intermediates, having brought Valtteri Bottas in from 14th place on Lap 47. Paying close attention to the Finn's immediate pace also helped them make the call to bring Hamilton in.

"Our decision-making was helped by the fact that Valtteri was out of the points, [so] he had nothing to lose," Shovlin explained.

"We were the first to make the jump and then, seeing how the tyres worked on his car, we followed suit with Lewis soon after, but certainly not leading the race makes it a bit easier to take those decisions."