The damaged wheel nut on Valtteri Bottas' car is yet to be removed. Bottas was forced to retire after running in second place in the early phases of the Monaco GP 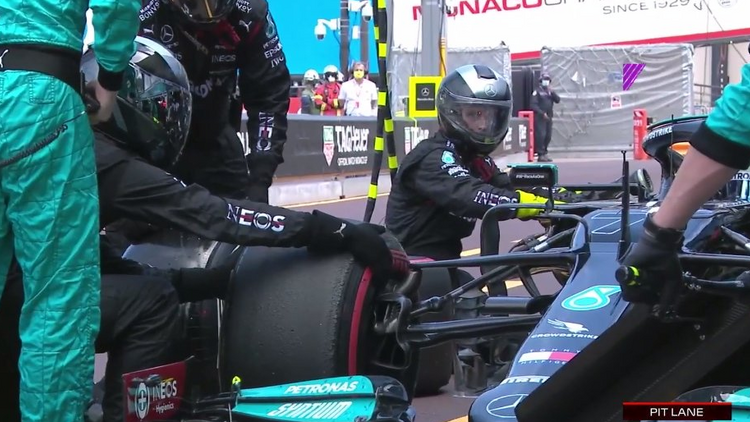 The wheel nut which forced Valtteri Bottas to retire from the Monaco GP is still stuck to his car according to Mercedes technical director James Allison.

Bottas pitted on Lap 29 but the team were unable to remove the front-right tyre which almost certainly cost Bottas a spot on the podium.

“We didn’t get the wheel off,” Allison told RacingNews365.com and other select members of the press. “It’s sat in our garage with the wheel stand on it.

“It’ll have to be ground off. Get a Dremel out and painfully slice through the remnants of the wheel nut. We’ll do this back at the factory.”

Bottas was stunned at the incident which he described as hugely disappointing. His retirement leaves him 58 points behind championship leader Max Verstappen.

"From my side, I was basically 'I know this is a slow pit stop'," Bottas sighed when telling RacingNews365.com and other select members of the press.

"And then I was calculating 'Ok, that's probably Sainz getting past, and then it was going to be Norris' or whoever was behind. And then when it came down to 30 seconds or something. I couldn't believe it.

"But yes, obviously hugely disappointing and a situation that we need to make sure that it never happens again, it's a big mistake."