Mercedes ran 'a million' simulations to help Hamilton to victory

Mercedes' Andrew Shovlin says a host of pre-race simulations helped calculate all the variables to help Lewis Hamilton to victory in Brazil. 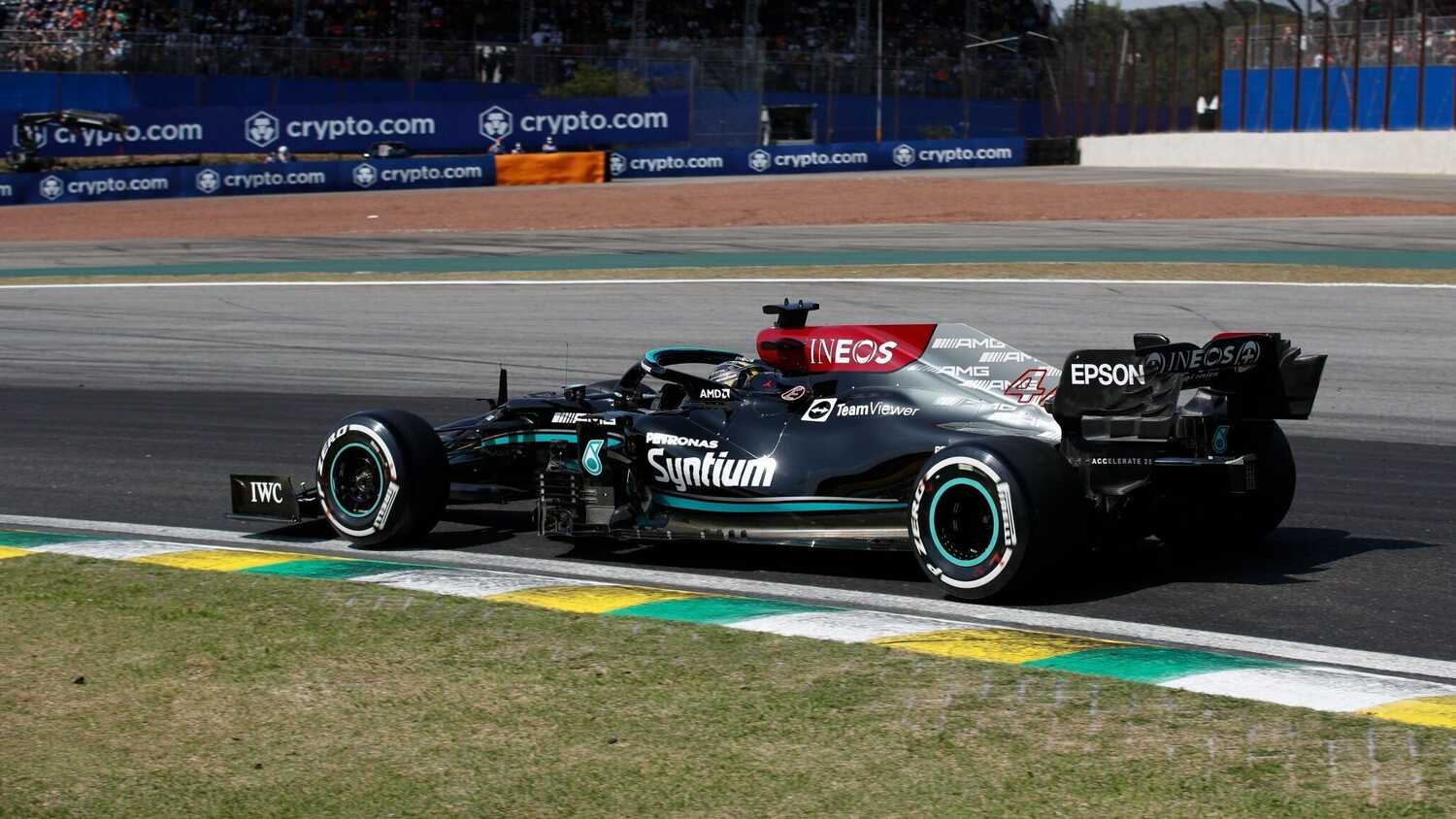 Mercedes have revealed just how much pre-race planning and preparation was needed in order to help calculate all the variables to help Lewis Hamilton to victory at Interlagos last weekend.

The reigning World Champion stormed to victory from 10th on the grid, following a tough weekend that saw him disqualified from Friday qualifying for a rear wing transgression, and then serve a separate grid penalty for a change of ICE (Internal Combustion Engine).

But having recovered from 10th on the grid to claim the win and close up on Red Bull's Max Verstappen in the Drivers' Championship, Mercedes' Andrew Shovlin revealed just how much work went on behind the scenes to help.

"We do a lot of simulations," the team's Trackside Engineering Director told media, including RacingNews365.com. "A million or so... It is in the hundreds of thousands or more.

"We weren't particularly happy with the ruling on the rear wing but we did have a question of, 'Do we fight this? Do we decide we're going to try and appeal it? Are we going to race under appeal?'

"But it was pretty evident from the runs that we had seen on Friday, from where we had been able to qualify, that we actually had a good car and we had a lot of opportunities to recover that.

Sprint Qualifying the key to recovery

With Hamilton in the unique position of having a Sprint Qualifying race to help recover ground from his Friday disqualification, he sliced his way through the pack to finish in fifth before serving his engine grid penalty.

This performance was what gave Mercedes plenty of hope that they could still win the Grand Prix outright, despite the penalties.

"Probably the thing that really set our hopes of having a minimum of a podium and a possible win was just the performance in the Sprint race because, in that, we saw Lewis could attack practically anyone out there," Shovlin said.

"We saw that we had a good pace advantage but, as I said, importantly we could sit behind a car, we do a good Turn 12, we had good traction, and those are the ingredients you need to overtake here.

"We were hopeful, but you don't know whether that is going to be the case, so it was encouraging when we saw that we were strong come race day."