Andrew Shovlin believes that Mercedes' decision to fit Lewis Hamilton's car with a new engine was the correct one following his victory at Interlagos. 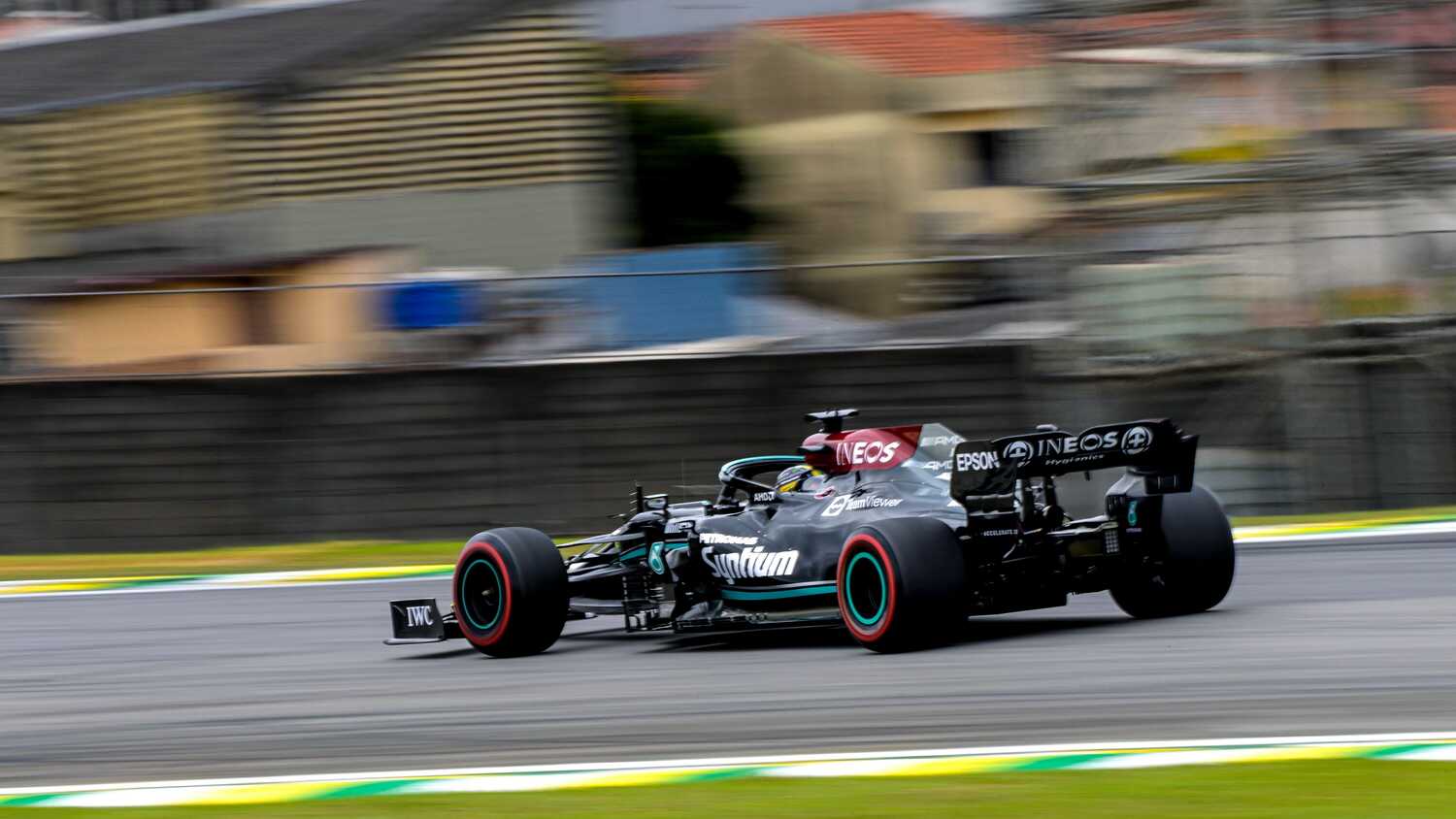 Hamilton took on a fifth Internal Combustion Engine (ICE) ahead of qualifying. As a result, he was hit with a five place-grid penalty for Sunday's Grand Prix, which he went on to win despite starting down in P10.

Although Mercedes boss Toto Wolff said on Friday that the change was made due to worries over a loss of power, Shovlin has now indicated that this didn't factor into their decision in Brazil.

"Although, you know, these power units are running awfully hard, and you can never take reliability for granted.

"There is an attraction to taking a penalty at the Sprint race, because if you can win on the Saturday, that's more points that you can score and you can lessen the deficit.

"This was also a track that we hoped would be one that we could overtake at, and that we could recover positions at, and we proved that."

"We picked a good circuit to do it"

Wolff also confirmed the move leaves Hamilton with two engines in his pool from now until he end of the season, and Shovlin explained why that could prove beneficial heading into the final three races.

He added: "You want to get these things in the pool because, by the time you get to Abu Dhabi, you're not going to get the advantage of it for more than a single race.

"So there's a number of reasons, and it's never black and white, because you don't know how the weekend is going to pan out. But on reflection, I think we picked a good circuit to do it."