Mercedes' team boss Toto Wolff has said that it's simply not possible for his team to consider a switch to the high-rake philosophy utilised by Red Bull. 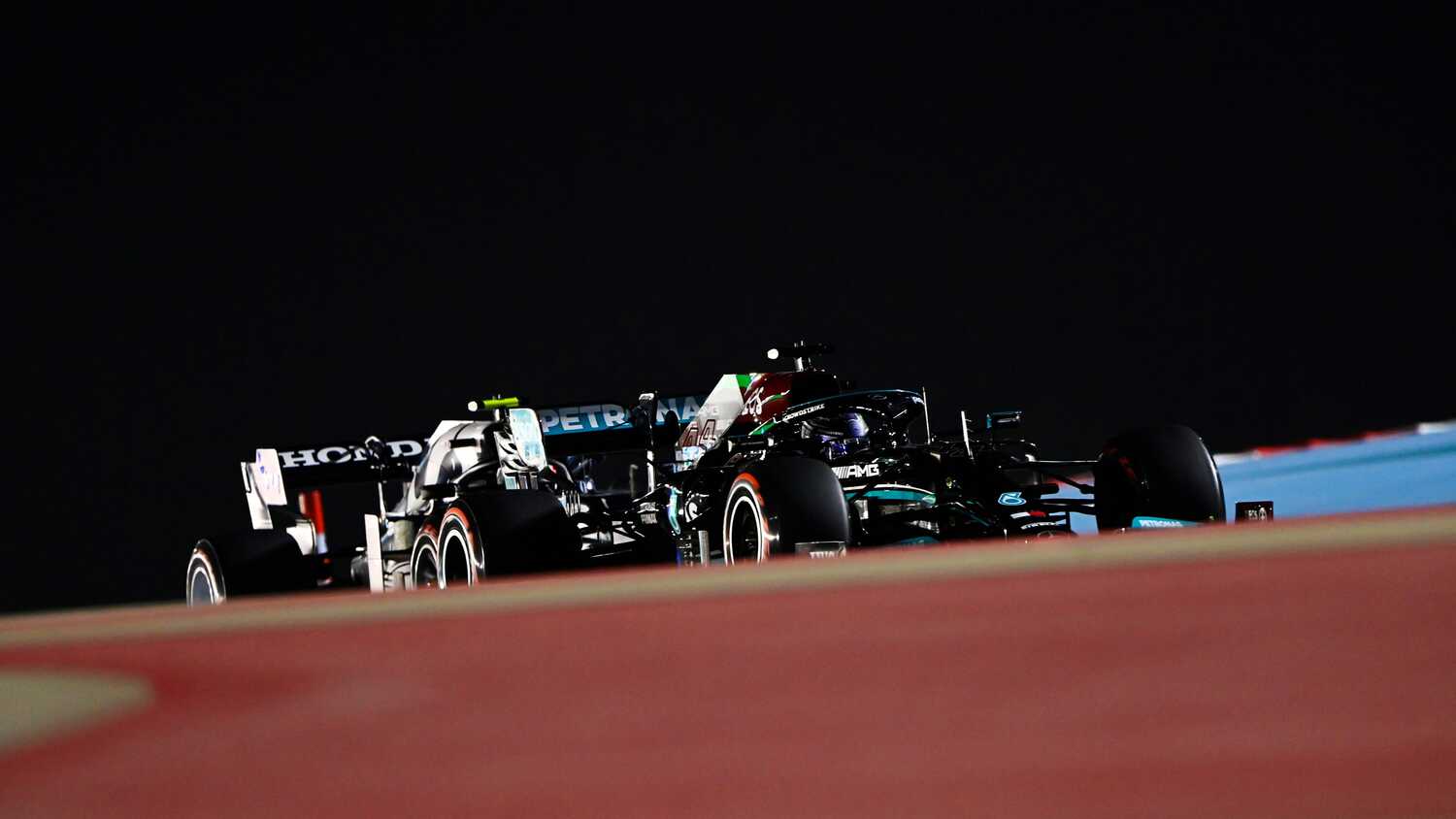 Mercedes will not be developing a high-rake concept for their 2021 W12, despite the theoretical advantage of doing so.

Formula 1's aero regulation changes for this season appear to have benefitted teams using a 'high-rake' concept, this essentially meaning the car is designed to run with the rear floor quite a bit higher than the front, as opposed to the floor remaining roughly parallel to the ground.

Mercedes and customers Aston Martin have a low-rake design, with both seeming to lose speed relative to their 2020 rivals as a result, but a switch to a high-rake design is not something that can be done this close to the end of the current regulation cycle.

"Our analysis has shown that the higher rake concept has lost less downforce than the lower rake," confirmed team boss Toto Wolff to media in Bahrain.

"In the last year of these regulations, we wouldn't be able to replicate the concept that Red Bull and some of the other teams have been racing. It’s physically not possible.

"We couldn’t run our suspensions and settings in the way that Red Bull does and so we need to do the best out of it and tune the car to what we have available."

Trackside Engineering Director Andrew Shovlin agreed with his bosses' statements, explaining that a switch to a completely different aerodynamic philosophy is not something the team can fix now.

"Did this set of regulations drag back low rake cars more than high rake cars? That may well be the case," Shovlin admitted to media, including RacingNews365.com.

"I know that they [Red Bull] won the last race [in 2020], but generally we were ahead at the end of the year. And that's not the case now. So either we took a bigger hit with the rules, or they've had faster, better rates of development since they applied the regulation changes. But it is what it is.

"We've got a car that's that could win a championship if we make some type of decisions to do some good work with it and operate well over the year.

"But whether or not it's high-rake or low, we can't do anything about that now. What we certainly can't do is suddenly say 'we're going to lift the rear of our car 30 millimetres' and work with that, because that will write off the season.

"We would lose so much in doing that, to recover it would just not be practical."