Mercedes: Hamilton's tyres would have got to the end of the race

James Allison says Lewis Hamilton's original set of Intermediate tyres would have made it to the end of the Turkish Grand Prix. 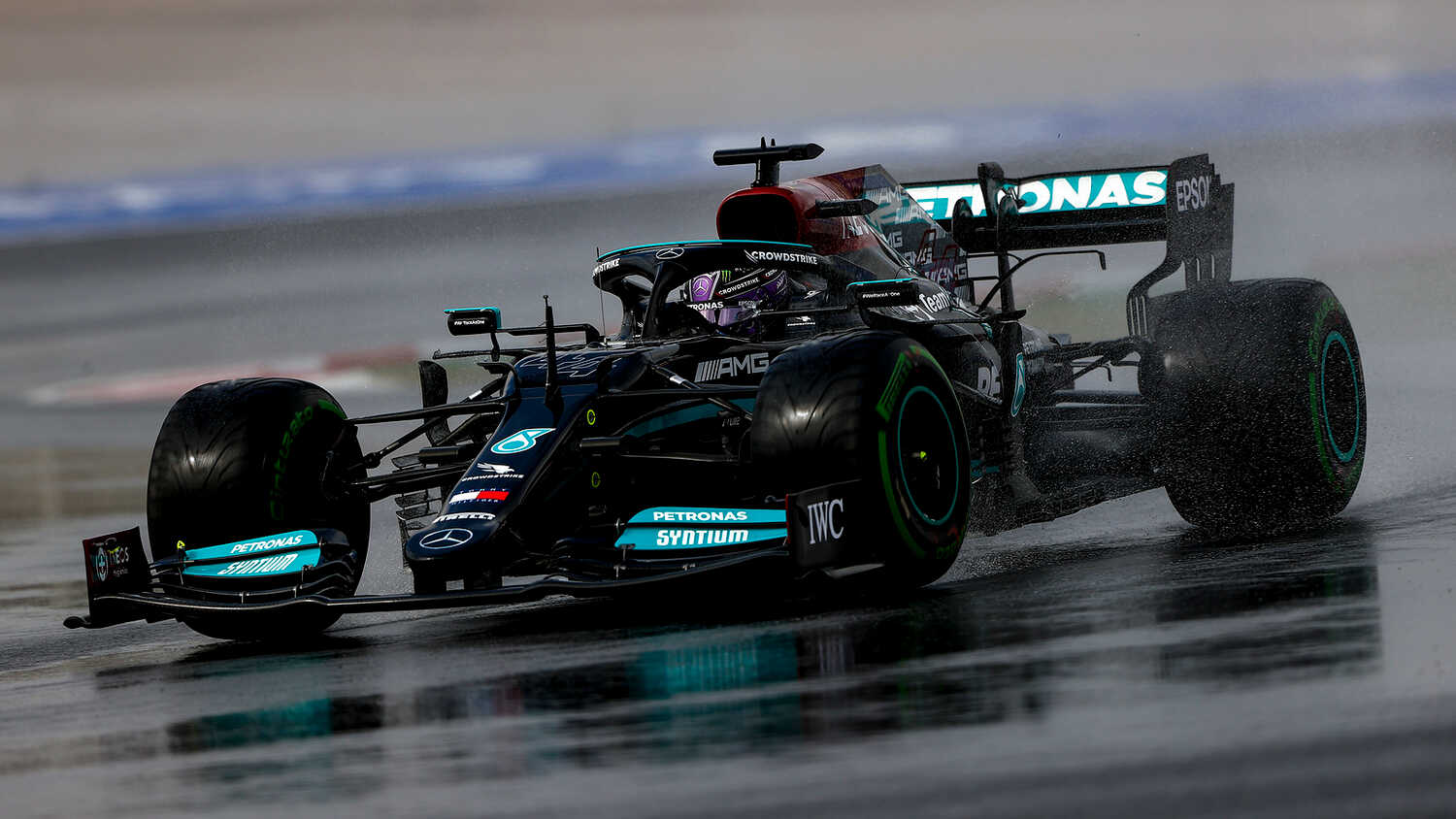 Mercedes' Chief Technical Officer, James Allison, has confirmed that Lewis Hamilton could have made it to the end of the Turkish Grand Prix on his original set of Intermediate tyres.

Hamilton and Mercedes debated whether to make a pit-stop during the latter stages of the race, with the seven-time World Champion keen to stay out.

With eight laps to go, Hamilton pitted from a podium position and rejoined behind Sergio Perez and Charles Leclerc on his way to fifth place in Istanbul.

"Yes, in all likelihood, we would have got to the end of the race on one set of tyres, able to circulate without difficulty," said Allison on Mercedes' debrief video.

"Other cars did that, [Esteban] Ocon did that, for example, and our car typically runs its rubber better than many of our competitors. So, yes, we would have got to the end of the race."

Ocon was the only driver who didn't pit for a new set of tyres, which made little difference to his final result. He finished in 10th place, which was where he was before his rivals pitted, but struggled for pace in the final laps.

Pirelli believe Hamilton may not have made the chequered flag without pitting or was "at least on the limit". Allison thinks Hamilton may have faced similarly significant tyre wear issues to Ocon, if he tried the same strategy as the Alpine driver.

"The question is, how quick would we have been?" continued Allison. "And the evidence there is pretty clear: We would have been very slow.

"The tyre was using its rubber throughout the entire race and towards the end as the track approached dry but never quite got there, then that wear accelerated.

"Lewis' lap times were starting to get worse lap by lap by lap, and while he would have made it to the end of the race, the pace would have been quite dismal by the time he got there."