Mercedes fearing both Red Bulls: We seemed to lose pace in practice

Andrew Shovlin says there's some head-scratching going on at Mercedes as the team appeared to lose pace over the course of the two practice sessions in the United States on Friday. 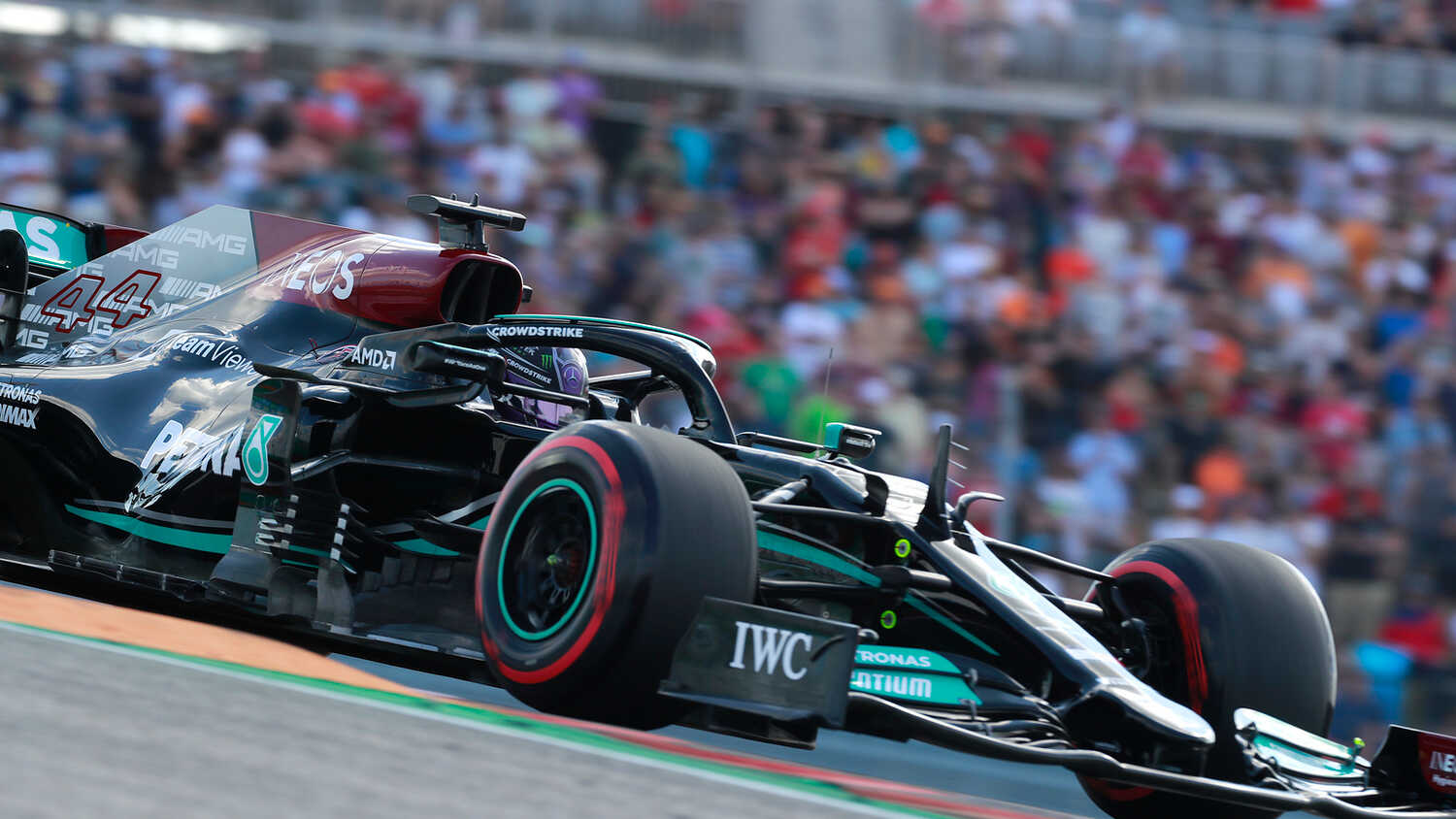 Mercedes' Andrew Shovlin believes that Lewis Hamilton and Valtteri Bottas struggled to unlock pace from the W12 as the practice sessions developed on Friday at the Circuit of the Americas.

While Mercedes were the class of the field in first practice on Friday morning, with Bottas and Hamilton almost a full second clear of everyone else on the Soft tyre compound, it was Red Bull's Sergio Perez who went fastest in the afternoon.

Hamilton did set a time a tenth faster than Perez during FP2, but this was deleted for exceeding track limits at Turn 19. Even had that time stood, the huge advantage that Mercedes had in the morning did appear to have evaporated, while the long-run pace also seemed very similar between Red Bull and Mercedes.

"The first session was very good in terms of single lap pace," Shovlin said after the session.

"Both cars were getting good grip out of the Soft tyres and the balance was in a good place. The track is pretty bumpy, which causes issues in a couple of corners, but it's not so different to previous years and certainly not as bad as we feared."

"The second session didn't look as strong, it was easy to overheat the tyres and that was making it harder to be consistent. Lewis had a lap deleted that would have us looking more competitive, but regardless, it seemed like we'd lost a bit of pace."

Given the higher track temperatures in the afternoon heat, Shovlin suspected this could be one of the explaining factors for Mercedes' advantage seeming to slip away and believes both Red Bull drivers are firmly in the fight for pole position on Saturday.

"That [the pace] could be down to a number of things," he said.

"Perhaps we'd not adapted to the hotter conditions well, others may have improved, or it could be that some of our changes haven't worked as expected.

"It's useful to have found a few issues that we can get stuck into this evening as there's plenty we can do to improve, but the overall feeling from the second session is that it's going to be very tight at the front and both Red Bulls are looking like they are in the fight for pole."