Max Verstappen might have been left feeling aggrieved after being penalised for running wide at Turn 1 during a battle with Lewis Hamilton at the Saudi Arabian Grand Prix, but Mercedes believe that the punishment was "clear-cut". 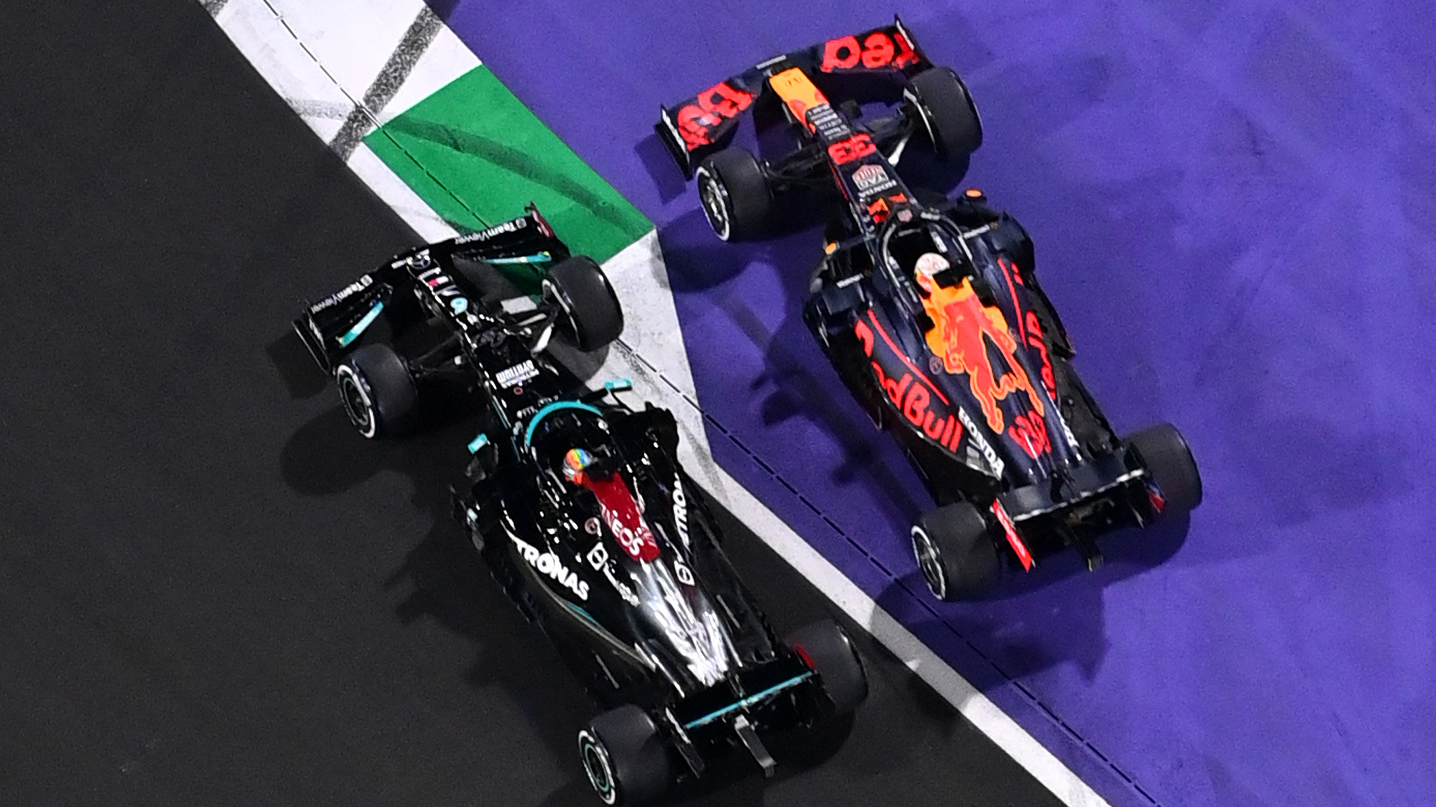 Mercedes have reaffirmed their view that Max Verstappen's defence against Lewis Hamilton in a first-corner incident on Lap 37 of the Saudi Arabian Grand Prix was "not fair".

Verstappen had come under pressure from Hamilton down the pit straight and fell behind the Mercedes driver, but braked later than his title rival to take the inside line into the corner.

However, a snap of oversteer sent him skittering across the escape area and he resumed, still in the lead. Behind him, Hamilton had also run wide, albeit to a lesser extent, after taking avoiding action from the Red Bull.

Verstappen was handed a five-second time penalty for the incident, whilst Hamilton was not investigated, a decision that Verstappen has called "unfair".

Mercedes, on the other hand, felt that the outcome decided by the stewards was the right one.

Andrew Shovlin, the team's Trackside Engineering Director, thinks that the run-in bore similarities to a previous Hamilton/Verstappen controversy at the Brazilian Grand Prix, an incident that Verstappen did not receive a punishment for.

"We thought there was a lot of similarity to Brazil," Shovlin told media, including RacingNews365.com. "Where if you're defending on the inside, and you don't make the corner and you run another car off track in the process, that it's not a fair defence.

"When we read the regulations about not being allowed to leave the track without a justifiable reason, [and] without gaining a lasting advantage, we thought it was quite clear-cut.

"At that stage, [F1 Race Director] Michael Masi had said to them [Red Bull] that they should give the position back, so it seemed that we weren't alone in that opinion.

"The penalty itself was for not giving the position, it wasn't for actually going off track."

With Hamilton having won the race in Jeddah and Verstappen finishing second, the title contenders now head to the final Grand Prix of the season in Abu Dhabi on equal points.