Mercedes explain why they changed Hamilton's engine in Brazil

Mercedes' Toto Wolff has explained why the team elected to fit Lewis Hamilton's car with a fresh engine for the Brazilian Grand Prix. 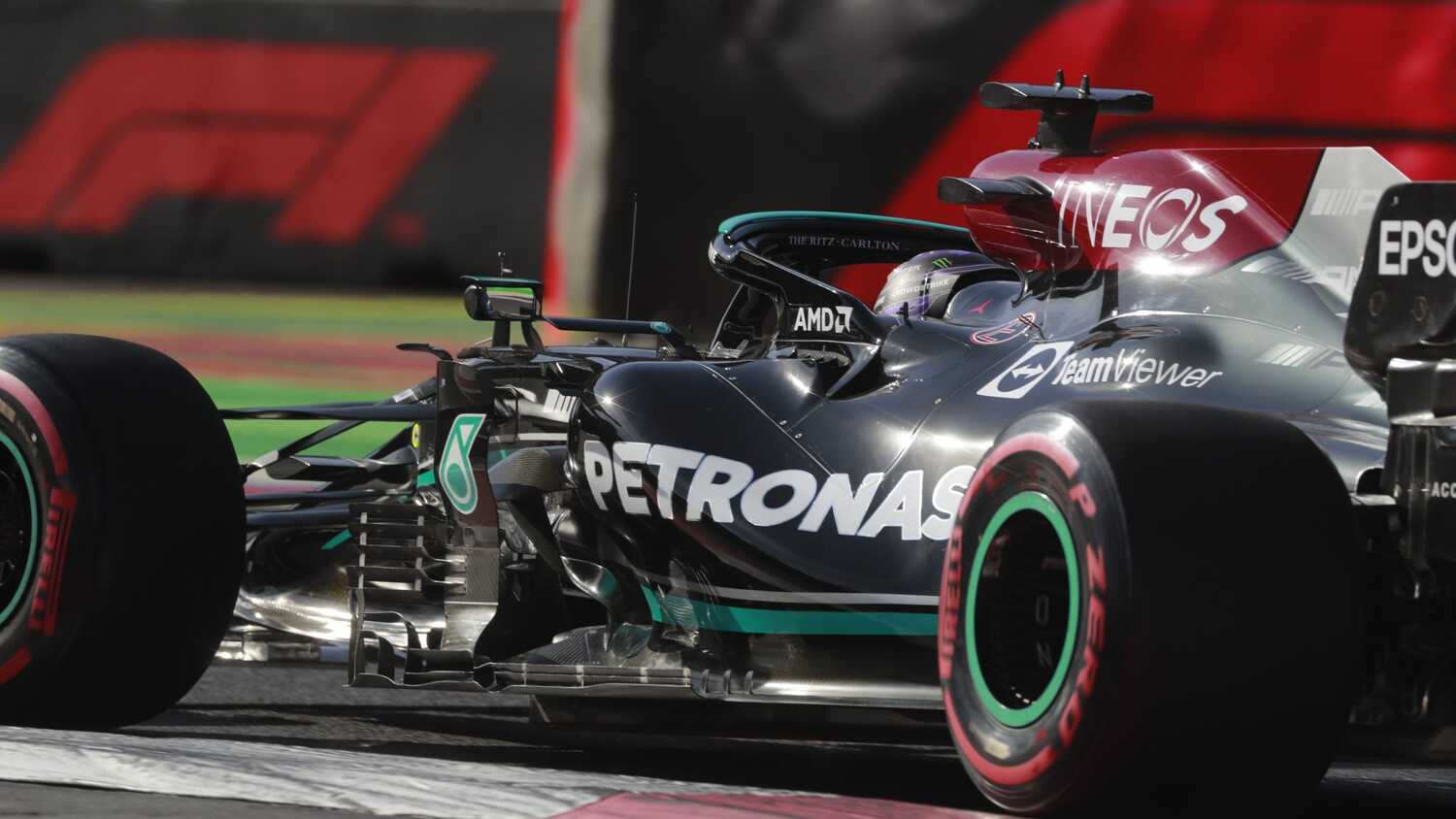 Mercedes have fitted Lewis Hamilton's W12 out with a fresh engine ahead of the Sao Paulo Grand Prix in Brazil, meaning the reigning World Champion will serve a five-place grid penalty for Sunday's race.

It's Hamilton's fifth Internal Combustion Engine (ICE) of the season, with just three permitted for a season without penalty. Hamilton took on a fourth ICE at the Turkish Grand Prix, and this fifth engine should now see him through the rest of the season.

Speaking in the aftermath of the confirmation of the change from the FIA, Mercedes team boss Toto Wolff explained why the decision has been made.

"We feel that we can score more points [by changing the engine]," he told Sky Sports.

"We have deg[radation] on the engine that, until the end of the season, is just going to continue to decrease in power. We haven't yet realised why that is, we're just seeing it creep down."

The addition of this engine means that Hamilton now has two engines in his pool to get through the remaining four races this season.

"Just the new one, and the current one," said Wolff, when asked about which engines Hamilton still has available.

"I think this is the final one that we need to take."

RacingNews365.com understands that Hamilton has been fitted with an ICE of the same specification as previous, contrary to rumours elsewhere of the change being to introduce an upgrade.

Asked specifically about the nature of the degradation, Wolff said the reduction in power is evident in the team's telemetry.

"Without going into specifics, every engine is degrading," he commented.

"We have seen that over the past years that over 1000 kilometres, there is a certain amount of kilowatts that the engine is degrading. Ours is just degrading much more than the average of the past few years and that increases from weekend to weekend.

"If we keep the engine, we are, for sure, not going to be competitive in Saudi Arabia and Abu Dhabi."

Hamilton's penalty will be applied for Sunday's Grand Prix, meaning he will start the Sprint Qualifying race from the position he qualifies in on Friday evening.

Wolff said the possible unpredictable weather and drama that Brazil usually throws up, means that Interlagos was the right choice to introduce another engine.

"Well, we hope so, that [there] is opportunity," he said.

"Obviously, Saudi [Arabia] looks like a good opportunity, too, but we think, by then, the motor is going to lose more power. So in terms of our simulations, it's the right place to do it."

With Hamilton finishing first practice three-tenths clear of Red Bull rival Max Verstappen, after struggling for pace early in the session, Wolff said they're hopeful of salvaging a strong result this weekend.

"I think we started on the wrong foot right, at the beginning of the session," Wolff added.

"The Red Bulls haven't run at the end, but we have more performance to come that we know we have in the pocket. It's not as bad as it has looked at the beginning of the session."