Mercedes counting the costs as they evaluate Bottas' crash damage

Mercedes' Andrew Shovlin has outlined the initial damage to Valtteri Bottas' broken car, and is wary of the impact on the team's development this season. 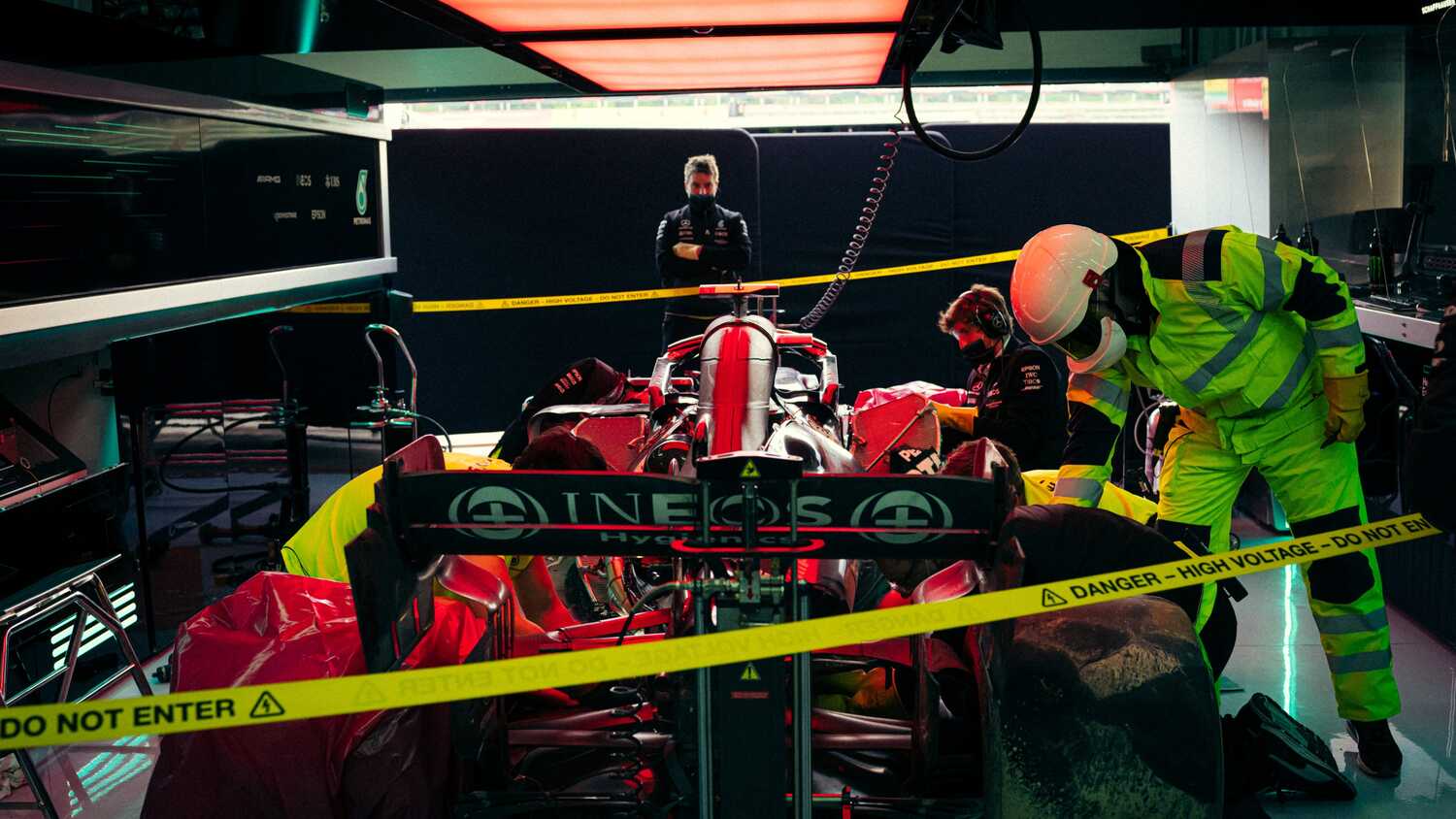 Mercedes are already somewhat concerned about their budget cap limits this season, having been left counting the costs of the extensive damage to Valtteri Bottas' car in the wake of his huge crash with Williams' George Russell.

The W12, along with Russell's FW43B, was severely damaged after the pair collided during the Emilia Romagna GP, with team boss Toto Wolff revealing the car was 'almost a write-off'.

While the chassis has survived, the extensive damage means a hefty repair bill for the Mercedes team.

"We're packing it at the moment and trying to get it back to the UK because we'll do all the sort of detailed disassembly [there]," Andrew Shovlin, Head of Trackside Engineering, told media, including RacingNews365, "[but] it is extensive."

"Whether or not there's any damage on the PU [power unit] side, for instance, is one of the things that we need to check carefully.

"Because he didn't finish the race, the gearbox isn't a concern. But the new factor for us this year is that we're all cost capped. And this sort of damage isn't really in the plan. Our drivers have been incredibly good at getting through seasons without breaking much in recent years."

While resources aren't an issue for Mercedes, the introduction of a budget cap of $145 million dollars this season means each team has a set budget for parts and repairs. With Bottas' hugely damaged car happening so early in a 23 race season, Shovlin said it's a major concern to be taken into consideration.

"Certainly, in terms of the bill, in terms of carbon and metal work will be very extensive from that. So we'll go through and look at what we can actually salvage and get the cars back together for Portimao. But it is quite a concern when you have these sorts of incidents.

"If you have a series of these kind of large accidents that are doing significant damage and, you know, this has been bad for us because we've had a front wing with Lewis as well. Then that will definitely exceed our allocation for what we have available to spend on the parts.

"In an ideal world, you run them to end of life, you don't break them.

"Anything you do break, hopefully it's sort of end of life or something that's about to be obsolete. But that's definitely not the case here. So it is a factor of the cost cap and the money's got to come from somewhere.

"Ultimately, if it becomes a big problem, it can start to hit your development budget. So we need to be mindful of that going forward."