Mercedes: Bahrain one of the most chest-bursting races ever

Mercedes' James Allison has described the closing stages of the Bahrain Grand Prix as a 'nail-biting chest-burster' as the team tried to figure out whether they could win the race. 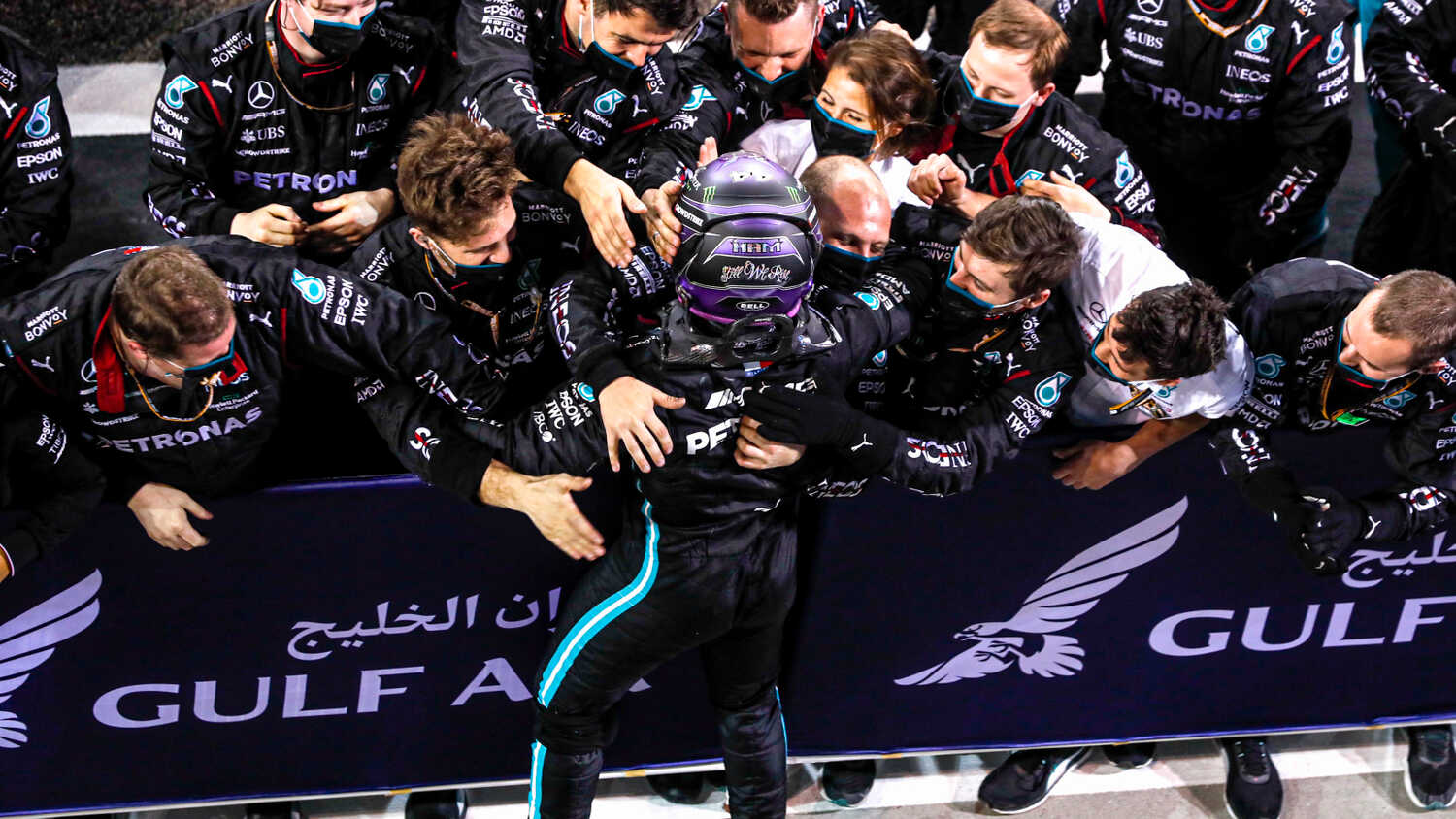 Mercedes' tech boss James Allison has described the level of nervousness he felt as Lewis Hamilton fended off Red Bull's Max Verstappen on older tyres than the Dutch driver.

Hamilton, having pitted 12 laps before the Red Bull, came under serious pressure as Verstappen homed in and attempted a pass on Lap 53. Initially succeeding in clearing the Merc, Verstappen was forced to cede the position back after running wide through Turn 4.

When asked to describe how he coped with the nerves back on the pitwall as he watched the battle unfold, James Allison admitted it was one of the most tense fights he'd ever had a personal involvement in.

"I absolutely know how we felt it was one of the most thrilling, nail-biting, sort of, chest-bursting experiences that I have ever had at a race track," Allison described in Mercedes' post-race debrief.

"But all those tools were of no help, they were making a prediction that was changing with about every two or three seconds, it was saying Lewis was going to win, then it would change its mind and say that Max was going to win.

"But, honestly, you didn’t need the software to know how tight it was and all of us were holding our breath, crossing our fingers, crossing our toes and just hoping with everything we had that Lewis would be able to hang on to the end.

"When he finally crossed the line there was an outbreak of mass hysteria in our garage with the utter, utter delight of it. Last year, we managed to win lots of races with a very strong set of performances but there will be very few races as memorable as the one that we enjoyed yesterday in Bahrain.”