McLaren: The summer break was good for Ricciardo

Andreas Seidl reckons the summer break allowed Daniel Ricciardo to take a step away from F1 to return refreshed and re-energised for the second half of the season. 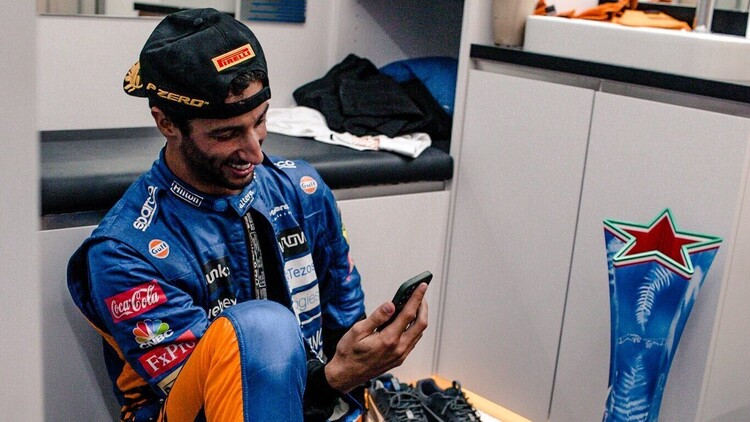 McLaren Team Principal Andreas Seidl believes Formula 1's summer break came at a good time for Daniel Ricciardo, allowing him to "reflect" and "apply what he learned" in the opening half of the season when he got back behind the wheel.

Ricciardo admits "there were days when he fell out of love with F1" this year, after going through a difficult period and a run of poor results.

However, he appears to have bounced back after the mid-season break, which was underlined by his victory at the Italian Grand Prix, when he led a McLaren 1-2.

"I think it's probably no different to anyone," Seidl told RacingNews365.com and other select members of the press.

"Sometimes it's good to have a break and have a bit of a distance maybe as well, after a very intense period for him that he was putting in a lot of energy together with the team and the results didn't come

“Maybe he needed that break to step away a bit, reflect and then come back and apply everything we worked through the first half of the season.

"It seemed to work from the first outing onwards at Spa and worked out over the course of the triple-header, even if it wasn't that visible in Zandvoort because we seemed to struggle overall with the performance of the car."

McLaren moved ahead of Ferrari in the battle for third place in the Constructors' Championship with an advantage of 13.5 points, as the F1 circus now travels to Sochi for the Russian GP.

Ricciardo's win at Monza has also brought him into the fight for a top-five place in the Drivers' standings, which is currently being fought by several drivers including Sergio Perez, Charles Leclerc and Carlos Sainz.

"It's a great for him, a great boost for his morale as well and for his crew. It's very important for us as a team because we need two guys up there for our battle with Ferrari."