McLaren reveal how much damage Ricciardo had at the Hungarian GP

Andreas Seidl believes Daniel Ricciardo was losing up to eight tenths of a second per lap during the Hungarian Grand Prix due to damage. 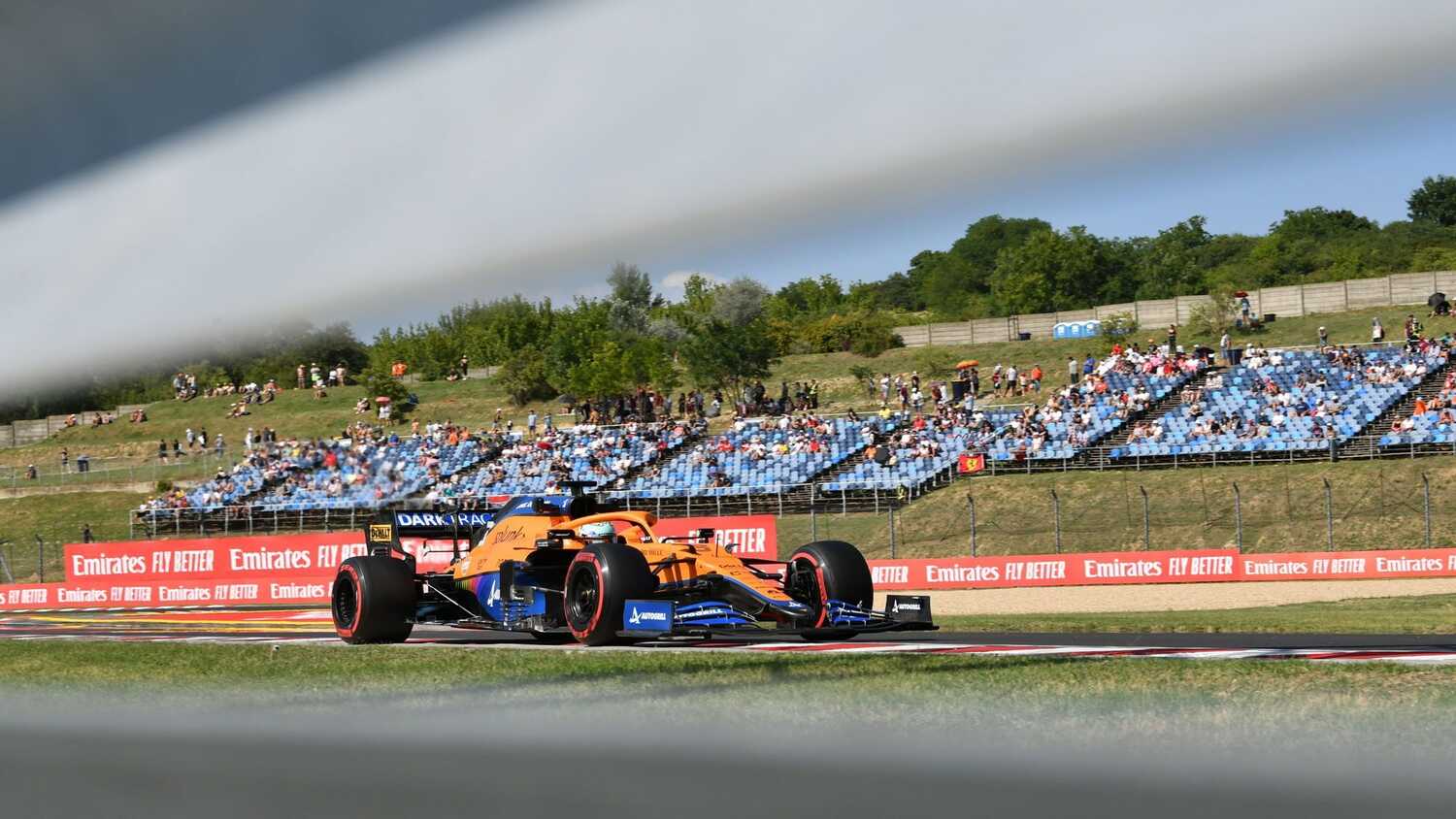 McLaren team principal Andreas Seidl has revealed Daniel Ricciardo was losing around eight tenths of a second per lap due to the damage he suffered on the opening lap of the Hungarian Grand Prix.

The Australian was involved in the chaos at Turn 1 at the start when Lance Stroll hit Charles Leclerc, which caused the Ferrari driver to make contact with Ricciardo.

“It’s just disappointing but at the same time you can’t do anything about it,” Seidl told RacingNews365.com and other select members of the press.

“That disappointment doesn’t bring you anything. We just have to accept it, [these] things can happen. We know that we have a strong car, we know we have a strong team and we have two strong drivers.

“With this combination we have everything in our hands to have a good second half of the season, that is what we are focusing on.

“On Daniel’s car, I think the front wing was damaged, the bargeboards, the new ones were damaged heavily and the floor on the side, [the] front of the rear wheels on the right-hand side was damaged as well, so huge loss.

"Probably seven, eight-tenths a lap plus obviously the consequences it has then on the stint.”

Ricciardo would likely have been in second place, had Leclerc missed making contact with the McLaren driver. After Sebastian Vettel's disqualification, Ricciardo finished in 10th place as he lost out to Max Verstappen who made an extra pit stop.

Seidl thinks had Ricciardo also pitted again, it would have made no difference to the final result.

“I don’t think it would have changed anything,” said Seidl. “We simply didn’t have the pace with all the damage the car had to hang in there until the end.

“Daniel tried but he was also stuck behind George [Russell] for quite some bit. He destroyed his tyres and in the end, plus with the damage he had, the degradation was much more higher than normal. So we had nothing left in his hands to fight for anything unfortunately.”