McLaren admit they could have overruled Norris

McLaren Team Principal Andreas Seidl thinks that the team can learn from their mistakes after not calling Lando Norris in early enough to switch to Intermediate tyres in the closing stages of the Russian Grand Prix. 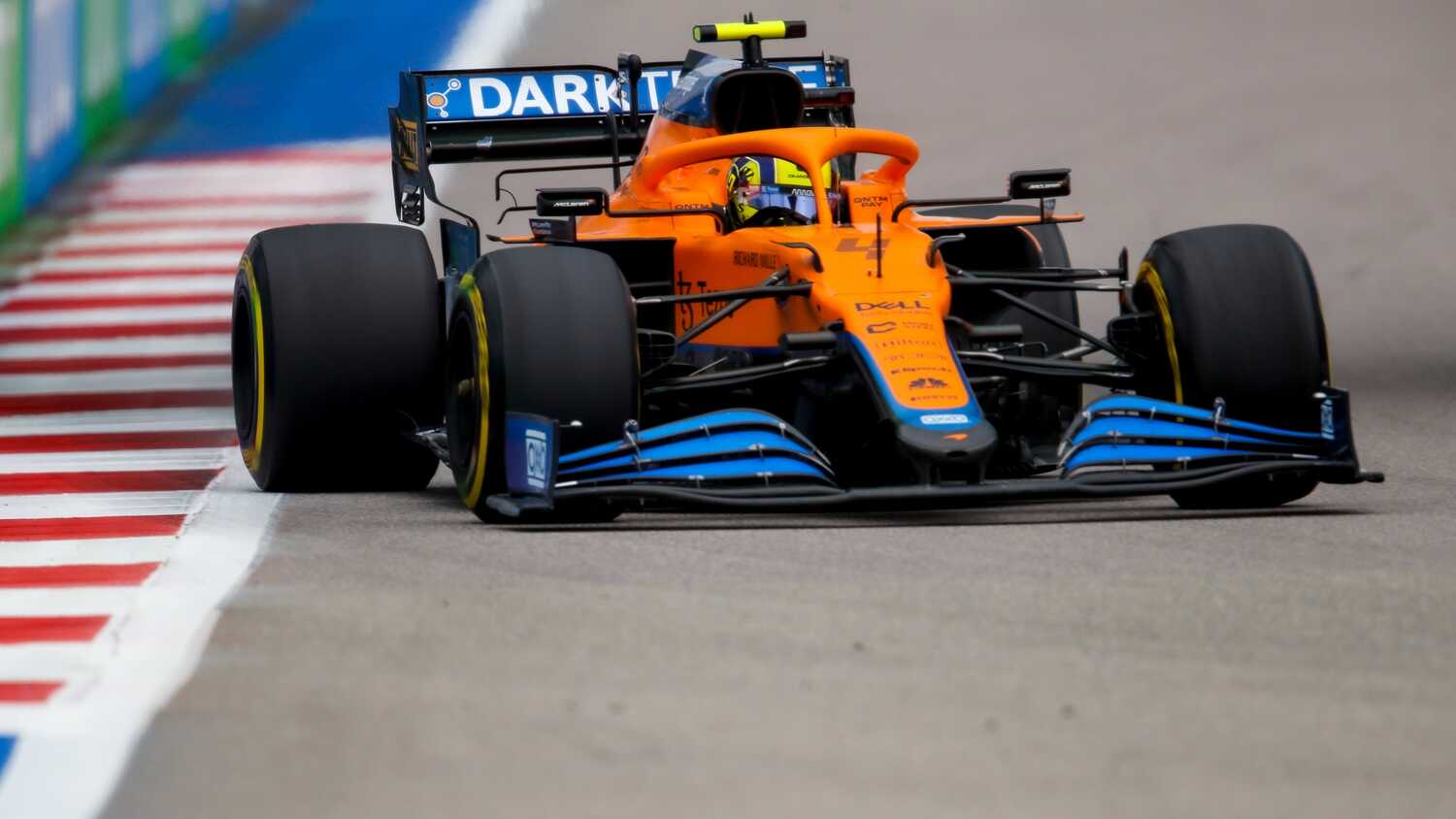 McLaren's Andreas Seidl admits that the team need to learn from the fact that they didn't overrule Lando Norris on whether or not to pit for Intermediate tyres in the final laps of the Russian Grand Prix.

Norris was leading the race when the rain started to fall, and told his engineers over team radio that he wanted to stay out rather than pit. Eventually, though, the Briton was forced to switch to the Intermediates after struggling on the Slick tyres in the wet conditions, losing the race lead in the process. Norris finished the Grand Prix down in seventh place.

Whilst the 21-year-old was "devastated" to miss out on what would have been his first victory in Formula 1, he also said that he stood by his choice and admitted it was more his call than the team's. However, Seidl feels that McLaren have to take responsibility for not making the final decision.

"I saw Lando quickly after he jumped out of the car just to say thanks for everything he's pulled off this weekend," Seidl told Sky Sports. "He's very disappointed at the moment but that's part of the sport we're in.

"In hindsight, it's always easy to judge what we could've done differently. We didn't get it together as a team in hindsight, it was the wrong decision to stay out, but it's part of the sport.

"He's long enough in this sport now to know it's part of the game, part of the learning. But not just on his side, but on the team side as well, because I think there is always a chance to overrule him from the pit wall side with the information we are having.

"In the end, together, we made this call to stay out."

Despite the disappointment of the end result, Seidl feels that Norris – who achieved his first pole position in F1 on Saturday – had a very impressive weekend, and hopes that both he and the team can learn from their mistakes ahead of the next race in Turkey.

"Apart from the last two or three laps, from what we have seen from the team and his side yesterday when he pulled off the pole, and also today in the race, it's impressive what he's pulling off in only his third year in Formula 1," Seidl explained.

"That's why of course we need to analyse together with him what we could've done better today, learn from it and then it's also important to see all the positives and come back stronger in Turkey.

"We finish P7, so we regret it at the moment. It's a decision you make together, the driver and the pit wall.

"The result is we didn't get it together today compared to some other teams. We shall analyse it, learn from it and try and do better next time."