Masi: Jeddah is at the FIA's highest safety standards

The FIA have no concerns about the safety of the Jeddah Corniche Circuit, as the track is still being finished off ahead of this weekend's race. 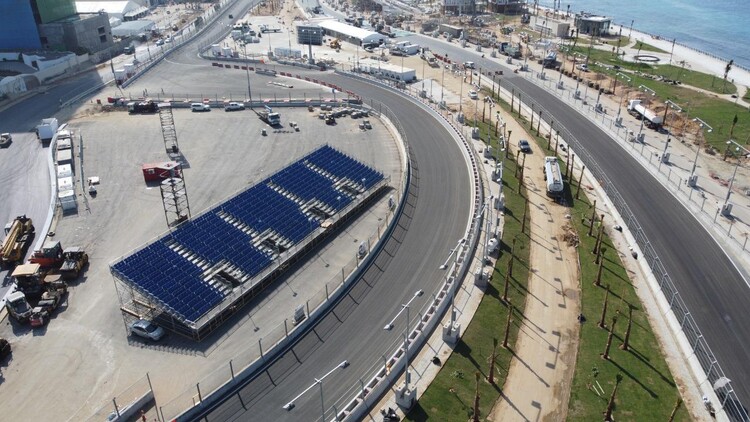 The FIA's Race Director, Michael Masi, has said that he has no concerns about the safety standards of the Jeddah Corniche Circuit, as the final construction works continue at the new venue in the days leading up to the inaugural Grand Prix in Saudi Arabia.

Work on the new circuit began in April of this year, with just seven months to construct a Grand Prix facility to the FIA's exacting standards from the ground up.

The design has seen the construction of a tremendously fast 27-corner circuit, set across a six kilometre layout that has little margin for error, with the thin strips of tarmac lined by barriers.

As construction work continues at breakneck speed, the deadline of this weekend was just met in the past few days, with the main facilities now ready to host a Grand Prix.

However, work has obviously concentrated on the essential parts of the facility, meaning that, visually, the less important elements may still have some rough edges this weekend.

The highest safety standards have been met

Despite the very short timescale involved, as well as the speed at which construction was undertaken, Masi said that there are no concerns on his side that safety standards haven't been met.

"From a circuit perspective, everything has been done to the highest safety standards that the FIA has," he told Sky Sports News.

"Between the fences is all looking amazingly good. Obviously, in the paddock and so forth, there's still a lot of activity going on. But [that's] not unusual for a brand new event, at a completely new facility, that's been built from the ground up.

"Credit where credit's due, the Saudi Arabian Motorsport Federation, with the Ministry of Sport's assistance, has done a brilliant job of building this exciting but unique facility."