FIA Race Director Michael Masi says discussions with the drivers about situations on track are to be expected, after Fernando Alonso and Alpine were aggrieved by an overtaking move from Kimi Raikkonen in the United States. 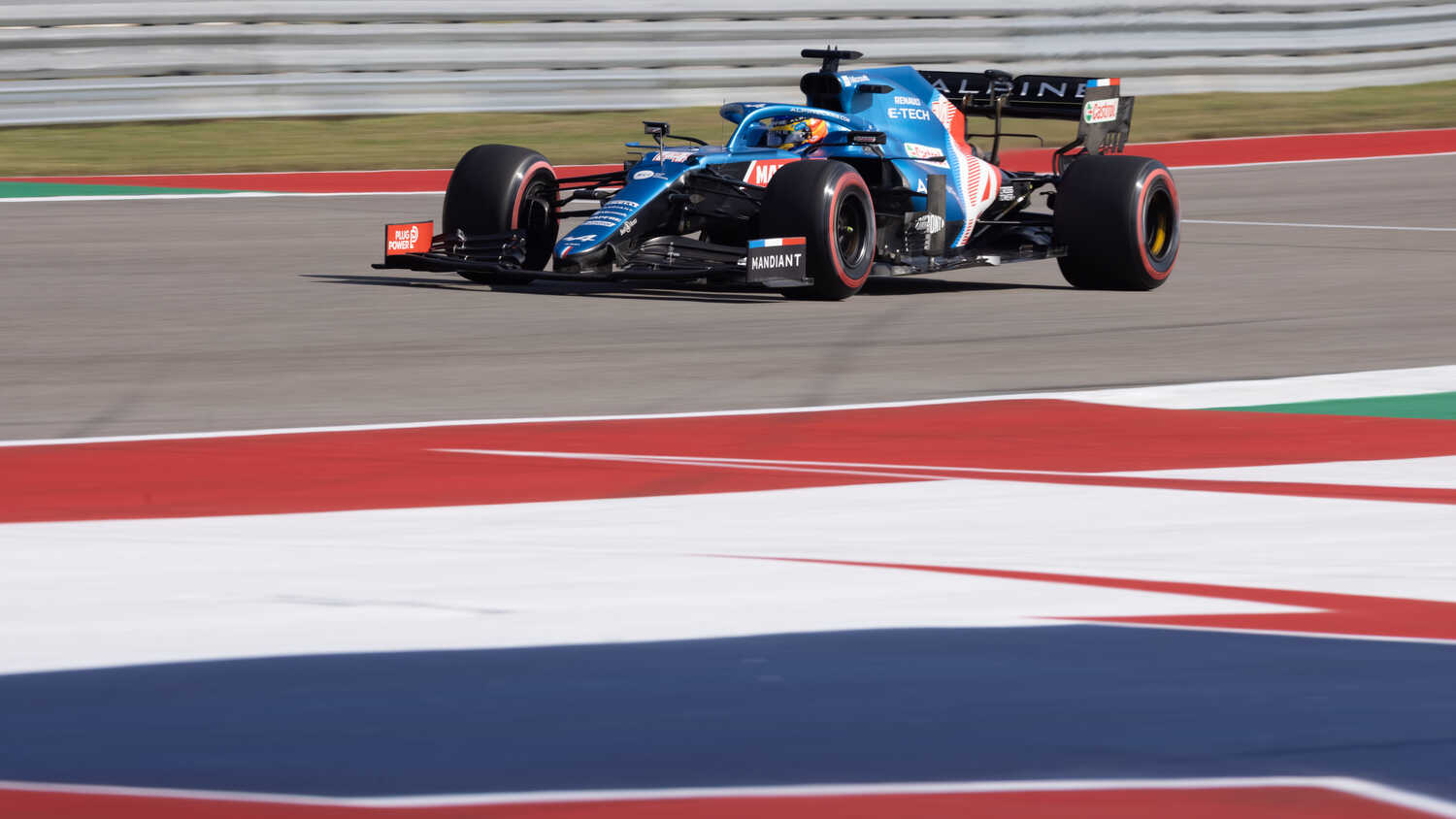 FIA Race Director Michael Masi has said it's to be expected that drivers and teams may not always agree with his interpretation of a situation, after Fernando Alonso found himself embroiled in a few contentious incidents during the United States Grand Prix.

Alonso was overtaken by Alfa Romeo's Kimi Raikkonen during the race, with the Finn going around the outside of Turn 1 and using the escape area when the Alpine driver pushed him wide. Shortly after, Alonso overtook the other Alfa Romeo of Antonio Giovinazzi using the escape area at Turn 12, having braked too late to make the apex of the corner.

This led to a somewhat snarky radio message from Alpine's Sporting Director Alan Permane, who questioned Masi on whether overtaking off-track was now allowed, given that Raikkonen had done so. This led to Masi sighing a response to confirm that overtaking off the circuit is not permitted.

"I've got a good relationship with all the Sporting Directors," Masi told media, including RacingNews365.com.

With Alonso being told to cede position back to Giovinazzi, which Raikkonen was not told to do, Masi said that Alpine were free to ignore that call if they had an issue with it, but that doesn't mean it wouldn't then be referred before the stewards.

"My call to the teams is a recommendation," Masi explained.

"They can choose not to follow it and, if they choose not to, I don't have the power to say, 'You have to do this', it's, 'I suggest that you should do this'.

"If they choose not to, I refer that to the stewards for them to view and they'll make their judgment accordingly."

Masi has already said that the FIA will sit down with the drivers to discuss the overtaking in the United States, when F1 arrives in Mexico next week. This is following his admission that the Raikkonen pass was somewhat "marginal", understanding Alonso's frustrations. He's also open to having a more informal chat with Alonso, saying that discussions are to be expected given the nature of his role.

"We don't always have to agree in certain situations. Sometimes, looking at things, it's, 'Yes, I understand your perspective'. Sometimes, it's, 'I disagree'. And that's fine. We're all human at the end of the day."

Laughing, Masi said it was just unfortunate that the timing of having to make a call against Alonso happened so quickly after the Spaniard himself had felt aggrieved by an on-track move.

"Let's call it slightly ironic that that happened," he said.

"Absolutely. I think anyone can see the irony of that situation."