Red Bull's Helmut Marko has said that his team won't try anything silly in a bid to get revenge for the crash that knocked Max Verstappen out of the British Grand Prix. 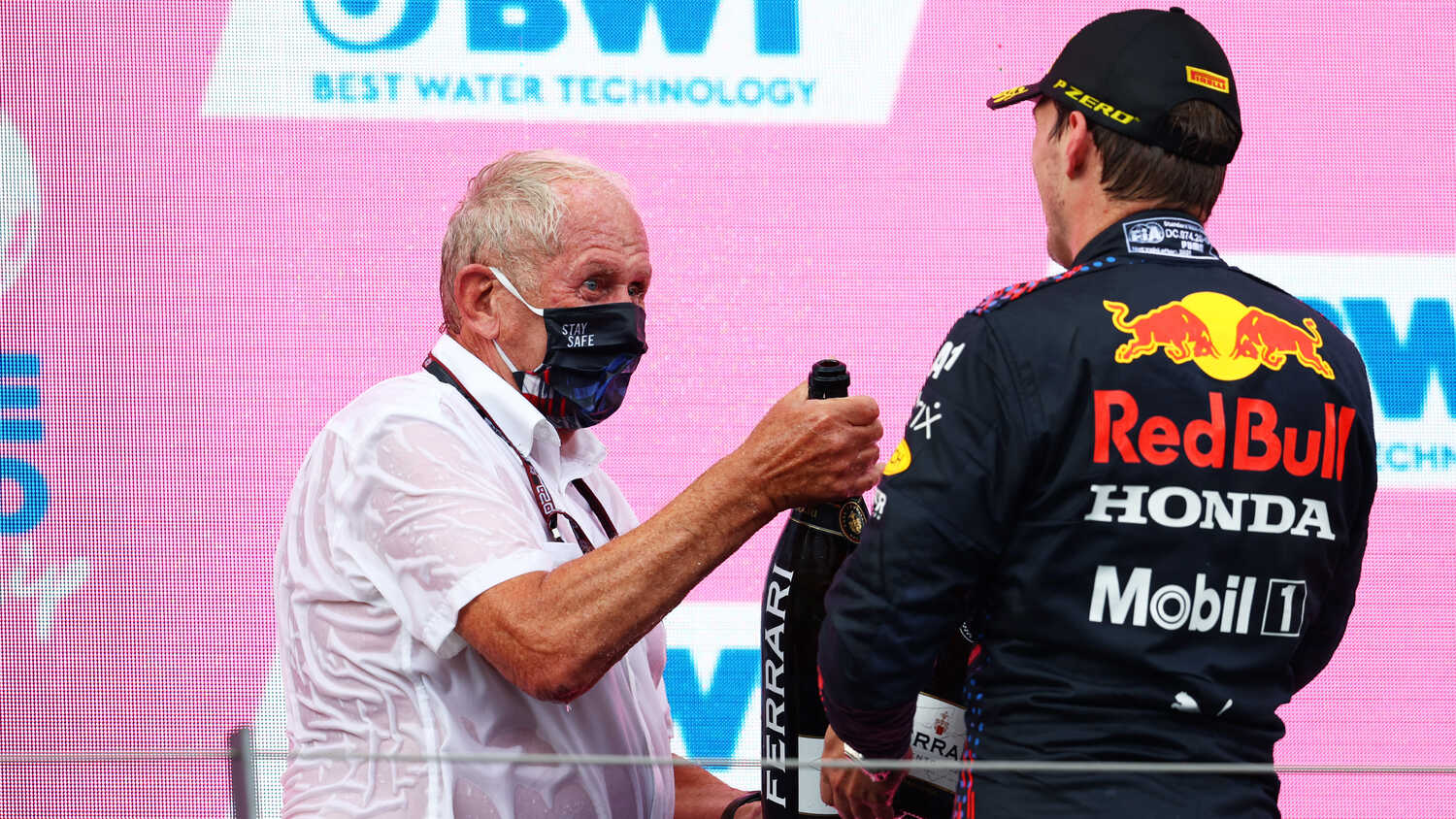 Red Bull won't change tactics in a bid to get payback against Mercedes after the crash that knocked Max Verstappen out of the British Grand Prix, according to Helmut Marko.

Max Verstappen was eliminated from the race at Silverstone after a clash with Mercedes' Lewis Hamilton, which the stewards found was predominantly the fault of Hamilton. The reigning Champion went on to win the race, while Verstappen was brought to hospital for precautionary checks.

"He will do everything in his power to win the World Championship," Marko told Austria's OE24, when asked if Verstappen will take a harder approach against Hamilton at the next race.

"But we will certainly not aim for a revenge foul or other stupidities. We don't go to that level."

Marko, who left Silverstone early after Verstappen's retirement, called for a race suspension for Hamilton for the incident, but admitted that this wasn't particularly likely to happen even if Red Bull were to appeal the steward's decision.

"That would require new evidence," he said.

"But everyone saw what was going on. I ask myself: does it take more than to drive the front wheel into the opponent's rear wheel?

"Hamilton would never have come around the corner with his line at this speed, it was way too far inside."

Marko explained that Verstappen is now back in Monaco, and already beginning preparation for Hungary in two weeks.

"He's back in Monte Carlo, his physio is working with him," Marko explained.

"He still complains of a stiff neck, but otherwise he's doing surprisingly well. I would have thought he couldn't move for a couple of days."