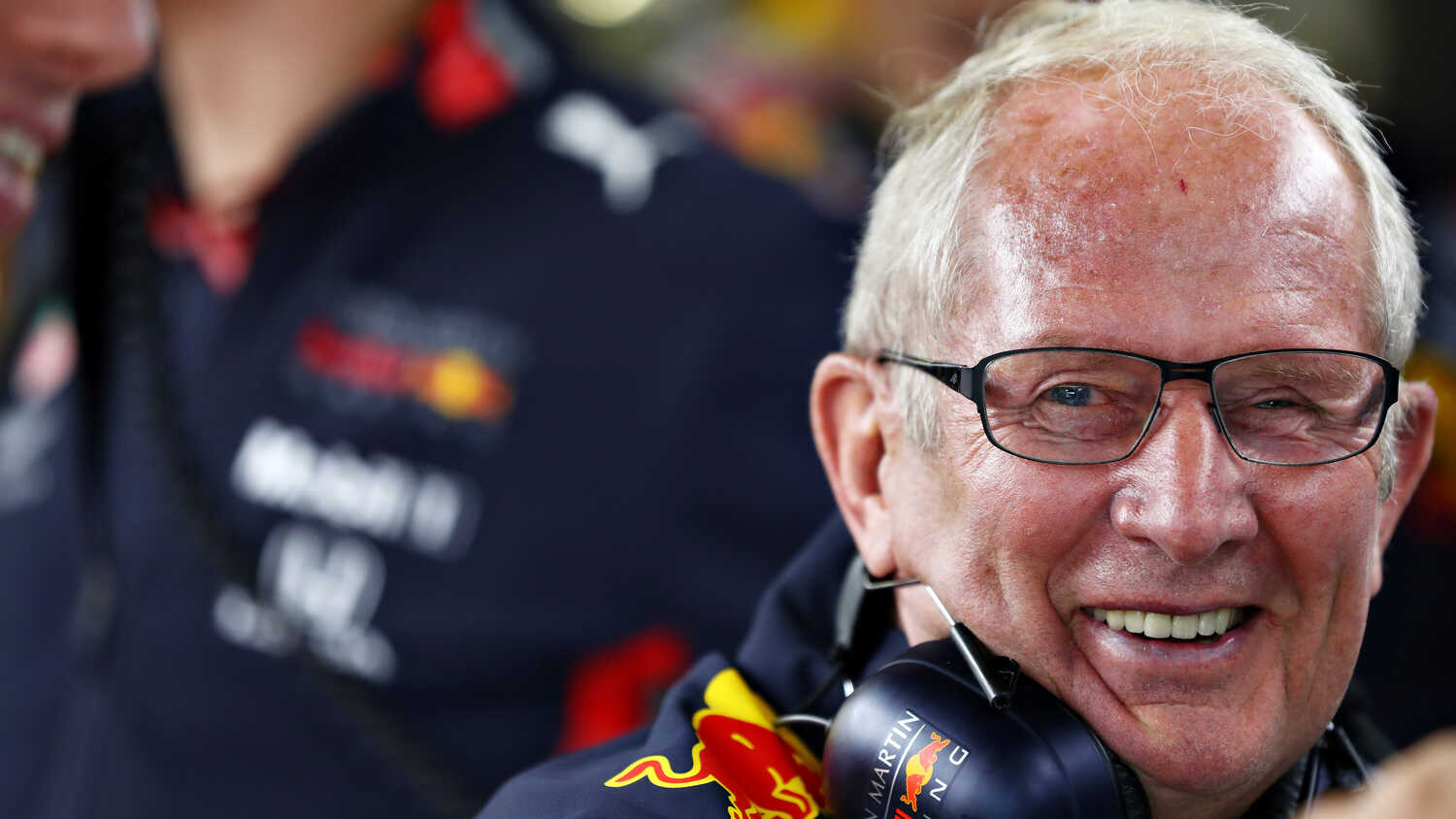 Austrian talent spotter Helmut Marko has defended accusations levelled at the Red Bull Formula 1 team for using a flexible wing, saying the statements regarding the car's legality are mind games being played by the Mercedes squad.

Despite claiming his 100th pole position in the sport, Lewis Hamilton made a statement alluding to the legality of the RB16B during a post-qualifying interview.

"The Red Bull Racing cars are really fast on the straights," Hamilton said. "They have this flexible wing at the back, which they mounted on the car and thus gain three tenths of a second."

Marko however believes this statement originated from Mercedes team principal Toto Wolff rather than the driver himself.

"Toto Wolff told Lewis that to set the mood," Marko said to F1-Insider.com.

"But we are calm. We have passed all previous tests and will continue to do so in future ones. It shows how seriously they take our services at Mercedes. If we turn into the psychological, then I would expect a little more level there too."

The mind games being played on both sides seems to have taken on a greater significance this year. Despite taking a massive step forward, Red Bull still trails Mercedes three to one in terms of wins this season and the Austrian outfit will need to have a stellar weekend in Monaco in order to ensure they don't fall further behind in the fight for the championship.