Marko believes Hamilton would have taken Perez out at the restart 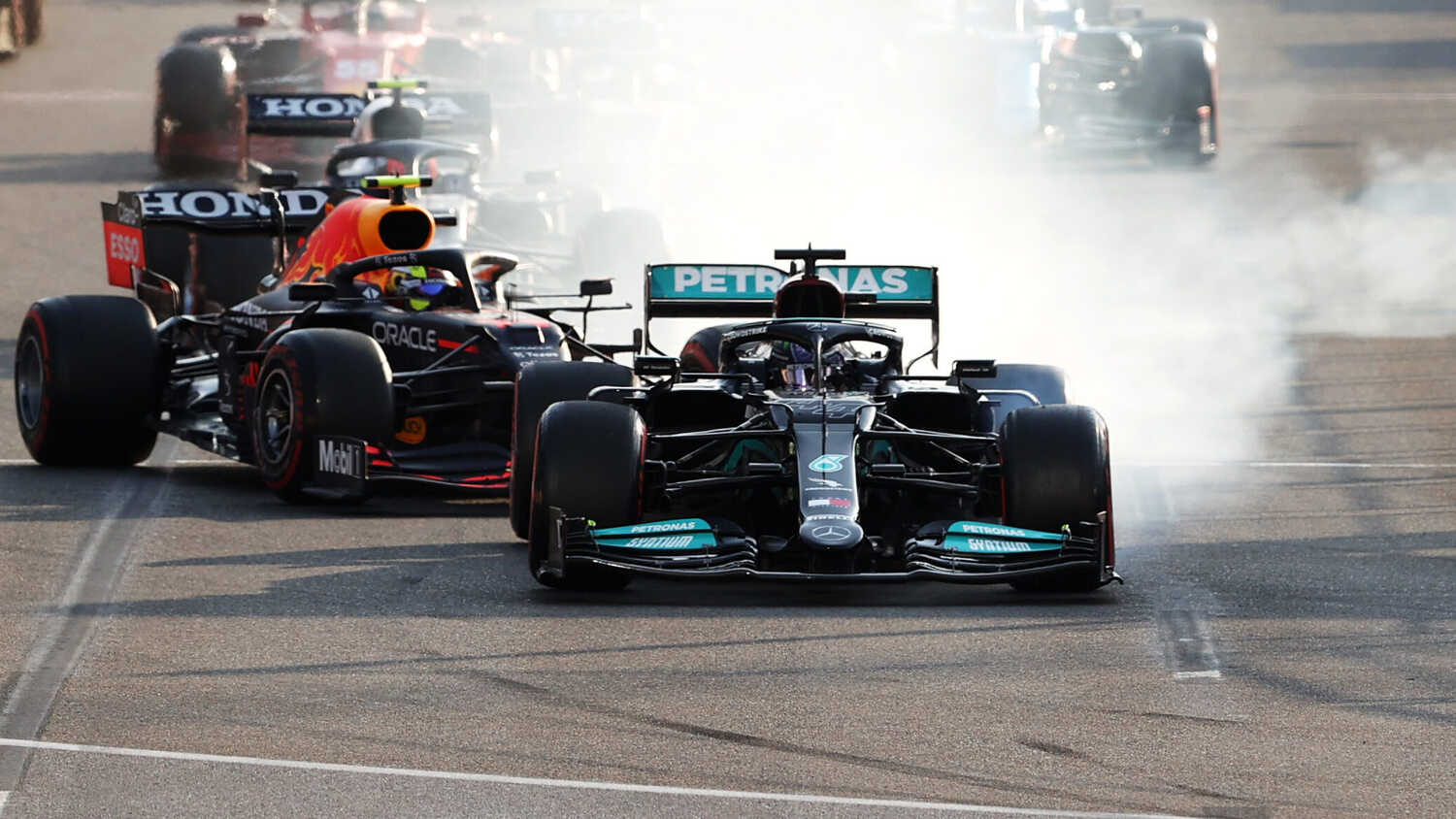 Helmut Marko, the head of the Red Bull driver program thinks Lewis Hamilton's inability to slow his car down at the restart of the Azerbaijan Grand Prix could have ended Sergio Perez's race had the Mexican not suffered from so much wheelspin.

With Perez and Hamilton lining up first and second on the grid for the restart in Baku, it was the Mercedes driver who made the better getaway. However, disaster struck when Hamilton was unable to brake for the first corner, sending him straight on and onto the escape road. Marko believes Perez would have been an innocent causality had he made a cleaner start.

"If he had got away better, Hamilton would have cleared him with him. Blessing in disguise."

"He was always at the front," Marko continued.

"But that was already the case in Monte Carlo. As soon as he had free travel there, he set fast or even faster lap times than Verstappen. This also made the overcut possible.

"Above all, he integrates very well in the team. He's a very good team player."